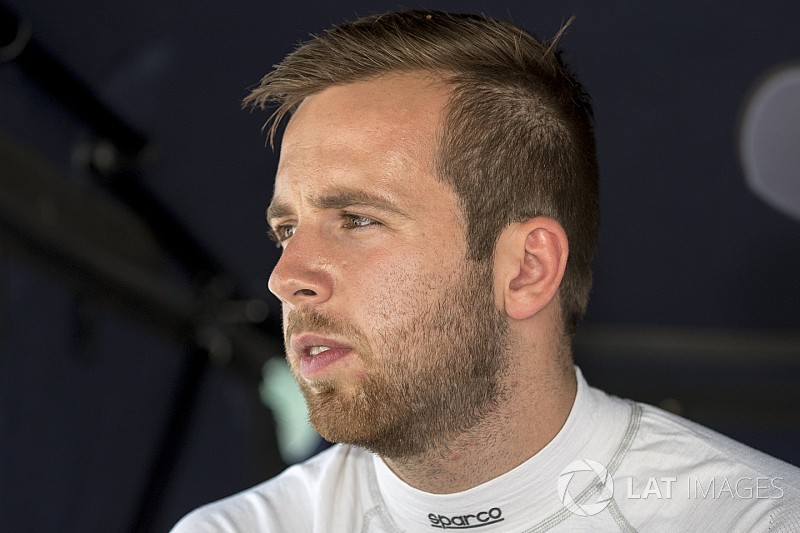 Sebastien Bourdais believes that erstwhile Dale Coyne Racing teammate Ed Jones has the talent and race smarts to make the most of his opportunity at Chip Ganassi Racing.

Jones, who was IndyCar’s only fulltime rookie in 2017, finished third in this year’s Indy 500 and put in several other strong drives in his rookie IndyCar season. He also had to ‘carry’ the team during the middle third of the schedule while Bourdais recuperated from a monstrous shunt during Indy 500 practice.

Now Bourdais, who will remain at DCR for 2018, says he’s expecting Jones to perform well alongside his Chip Ganassi Racing teammate Scott Dixon.

“I think Ed’s got a lot of talent,” Bourdais told Motorsport.com, “and I think confidence comes into play a lot. This will be his second year and that will make a big difference to him.

Bourdais, who won the final four Champ Car titles, 2004 through ’07, driving for Newman Haas Racing, said that he had been impressed with Jones’ lack of typical rookie errors in 2017.

“Being with Ganassi adds a lot of pressure, but let’s hope he keeps pushing in the right direction and doesn’t make mistakes. But I think he will be fine, because the two things he excelled at this year was making extremely few mistakes and racing really well. That goes a long way in IndyCar.

Bourdais, who is teammate with fellow four-time Indy car champion Dixon in Ganassi’s Ford GT team, said that he expects Jones to learn a lot alongside the Kiwi star.

“Ed’s very smart and will learn from anyone he’s around,” he said, “so his composed approach and technical soundness will make it a very interesting season for him next year with Scott. He will absorb a lot.

“He’s a really good kid as well; he deserves this chance. I hope it all works out for him.”

Bourdais said he had no idea who his new teammate at DCR will be, allowing only that it was certain to be "someone who brings money."

He said: "That is the economic reality for most of the teams, and I think Dale is remaining quiet about it because he doesn't want to speculate until it's locked down. That's his way.

"I think with a new car it would be better to have two series veterans on the team, of course – I'm sure that's what every team wants. But I think I've shown I can work on a team alone, or I can work with a rookie.

"Whoever Dale chooses, I will respect his decision, because I know he will be doing it for the reasons he thinks are best. I also really respect him for keeping all his employees and running two cars."