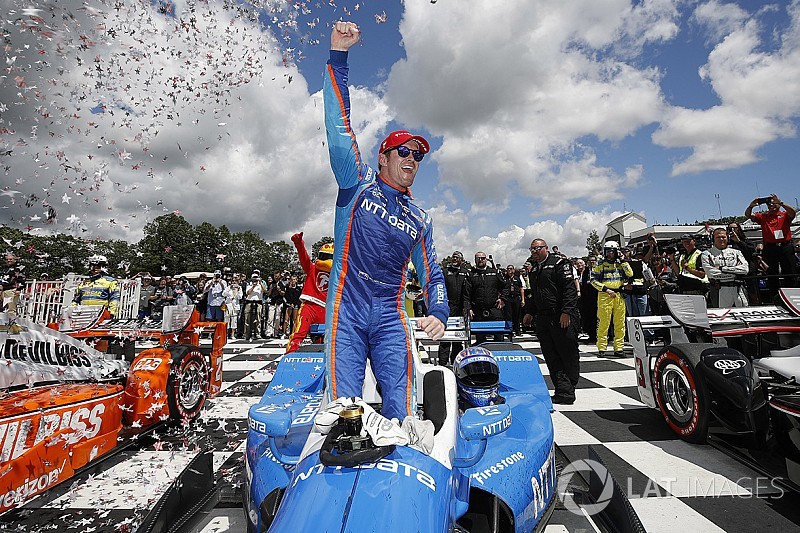 Asked in a press conference which IndyCar drivers he would like to put in a Formula 1 car, Brown initially explained the major hurdle that any driver outside F1 has to face.

But he said he disagreed with Haas F1 boss Gunther Steiner's assessment that there are no American drivers ready for F1, singling out Newgarden - as well as Dixon - for praise.

“The biggest challenge you have is the lack of testing,” Brown said. “You only get eight pre-season days of testing and even that is with one car, so you rotate drivers. To take away a day from Fernando’s four and Stoffel [Vandoorne]’s four makes no sense.

“So until that rule changes, it will be difficult for a driver outside of the Formula 1 arena, or Formula 2, to break into Formula 1, because they have such a disadvantage.

"The system doesn’t really allow you to bring someone in, so I think it’s great that Toro Rosso took someone like Brendon Hartley because there’s risk with that decision – but he knows all those tracks.

Brown added that he “doesn’t subscribe” to the idea of a driver being too old to learn new skills or go quick, likening 37-year-old Dixon to Alonso.

“I think what happens to drivers is that they eventually lose motivation, that’s what catches up with them,” he commented. “So if you look at someone like Michael Schumacher, he was very competitive into his 40s.

"Had he not taken those few years off, those last couple of tenths [of a second] he was maybe off [on his return in 2010], I don’t think he would have been, and he was in his 40s.

“Fernando has that same type of dedication. I think Fernando is driving as well as he’s ever driven and just because he’s going to turn 37 later this year, I don’t think the stopwatch is going to get any slower.

“Someone like Scott Dixon reminds me of Fernando, where he’s extremely fit, very dedicated, as fast as ever, and I think he would be competitive in a Formula 1 car.”

Conditions at Sebring “too good to learn much” says Rossi

Wickens on IndyCar: “I’m having to reprogram my head”