Carpenter: Hildebrand “was always at the top of the list” 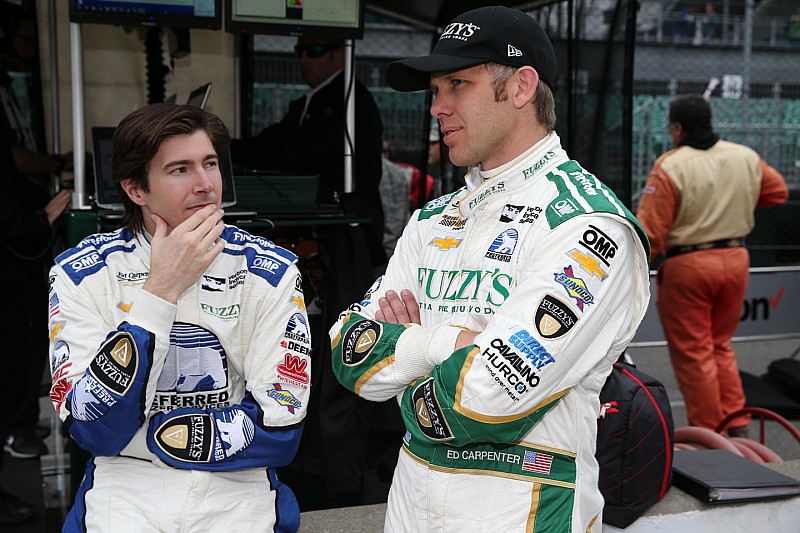 Ed Carpenter has explained that JR Hildebrand, who was last week confirmed as replacement for Josef Newgarden in the #21 ECR-Chevy, had been someone he wanted to sign even before his first race for the team in 2014.

Carpenter, who has seen his team score five wins in the past three seasons, told media that although he has spoken with several drivers over the winter, the solution to who would replace the Penske-bound Newgarden was simple.

He told media today: “We talked to quite a few people. But JR was always at the top of the list of someone we wanted to work with. JR and I have been talking about this before he ever ran a car for us at Indy for the first time.

“It took us a little longer than I think any of us initially thought it would to get to this point. But JR has done a good job for us, has been patient with me as an owner and us as a team getting here. But every time we've had him in a car, at the Speedway, JR has always done everything that we've asked and then some.

“It gave us a lot of confidence that it didn't need to be a difficult process, we didn't need to make it any more difficult than necessary, because the guy we needed was sitting right in front of us.”

Carpenter also revealed that he first spoke to Hildebrand soon after the Californian was abruptly let go by the now defunct Panther team mid-2013.

He said: “When JR was all of a sudden sitting on the sidelines, it was more of me reaching out just offer some encouragement because I'd been in similar situations, similar levels of uncertainty, and understood what that can do to your psyche and confidence levels.  It was more like, ‘Hey, don't let this affect you. You can do this. You've proven that you can do this. Let's see if we can maybe make something happen down the road.’

“He always had the talent to be in IndyCar even though he hasn't been full-time in a little while. But that doesn’t mean that he still doesn't deserve to be here as much as anyone else.

“There's a lot of guys that are capable of doing this job and, quite frankly, deserve opportunities,” Carpenter continued. “As simple as decisions can be, they can be complicated, too, just because there's always more people available to drive these cars than there are seats.

“What we've seen from our personal experience with [J.R.], it gave us the comfort level that it was going to position our team in the best way to continue on the path that we'd been on – improving year in and year out, raising the bar each and every year. It was the right choice.”

Carpenter said Hildebrand’s first test would come in early December, and that the #21 car will run a “a couple different liveries” throughout 2017. Meanwhile, the #20 car, which Carpenter himself will race on ovals, will continue to carry the Fuzzy’s Vodka colors when raced by Ed.

Daly to race for Foyt in 2017 IndyCar season