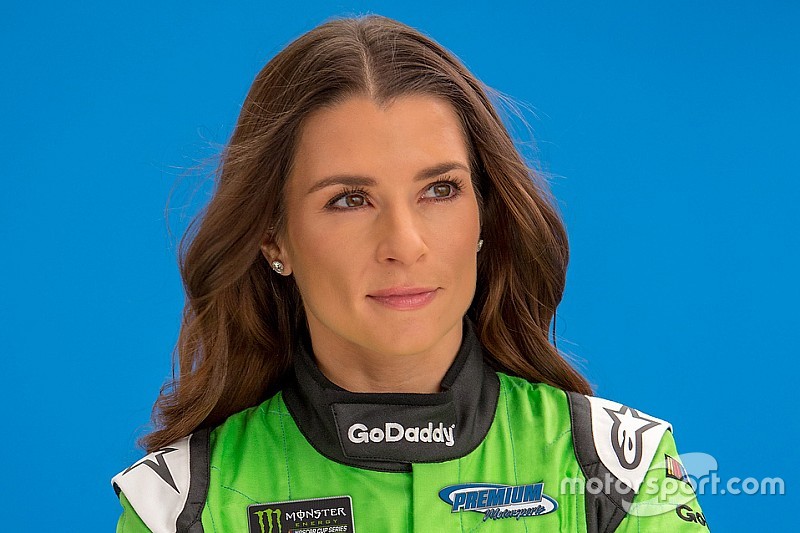 The news that Danica Patrick will sign off her race-driving career in an Ed Carpenter Racing-Chevrolet at the Indianapolis 500 leaked out by unorthodox method, but IndyCar’s only team owner/driver says he’s looking forward to the experience.

In 2005, Patrick became only the fourth woman to start the Indy 500, qualifying fourth, leading laps, and finishing fourth. Across her IndyCar career which ended in 2011, she amassed one win, seven podiums and two pole positions.

Last year in the NASCAR season finale at Homestead-Miami Speedway, she announced that her fulltime career was over, but that she’d sign off with final runs at the Daytona 500 in February and – in a shock return to open-wheel racing – the Indy 500 in May. In mid-January, GoDaddy.com revealed it would return as her principal sponsor for both events, and today at Daytona 500’s Media Day, Patrick let slip that her career finale would be with ECR.

Now Carpenter tells Motorsport.com that he wasn’t in a position to immediately jump at the chance to run Patrick, when the opportunity first arose.

“We had a conversation, not directly but through Mark Miles [CEO of Hulman & Company, IndyCar’s parent company] some time ago," he says. "And we didn’t feel able to engage at that time because we hadn’t sorted out who would be our #20 car’s roadcourse driver, once we'd transferred Spencer [Pigot] to full-time in the #21.

“But once we locked in Jordan [King, IndyCar rookie] as my partner in the #20 for the roadcourses, I got back to Danica’s management team and said, 'OK, we’re interested.' Then ultimately we had conversations with Danica herself, and that’s what pushed things over the top."

Carpenter said he had no doubts that despite the inevitable hype and publicity surrounding Patrick – as ever – he has no doubts over her sense of purpose, and that she is not just treating this as a farewell tour.

“I think all parties are excited about it and it’s going to be a lot of fun," he said, "and hopefully it will bring a lot of success. Clearly Danica is not coming back to Indy as just a participant. She has the same goals that we do as a team, and that’s to be in the best position possible to win the race.

“Even though we haven’t won the 500 before, she follows the sport and knows we put a good product on track at Indy and certainly we’ve had cars capable of winning the race. So the most important thing to all of us is to do something special.”

Carpenter says that already he has spoken with Patrick about the nature of the cars and how much they’ve changed since she was last at the Speedway. However, he says her experience with the old Dallara IR03 – the chassis whose last IndyCar race was also Danica’s final race – can serve her well.

“I haven’t yet driven the new aerokit at Indy,” says the two-time Indy pole-winner, “but I think in terms of downforce levels, it will actually be more similar to the cars we ran when she left than what we've had with the DW12 [2012-’14] or the IR12 [2015-’17] with manufacturer aerokits.

“So far we haven’t gotten into the real technical nitty-gritty because this week is all about the Daytona 500 and her final NASCAR race, so Danica’s focused on that. But once that’s out of the way, she’ll be able to turn her attention to IndyCar again.”

Carpenter hasn’t been able yet to finalize the details regarding how much track time Patrick will be granted before the race, but said he’s hoping that seven years since her last Indy 500 run, there’s a way to get her a similar amount of testing as granted to last year’s star one-off 500 participant, Fernando Alonso.

“We’re still exploring those options,” says Carpenter, “it’s on my list of things to accomplish this week. But since we weren’t planning on talking about the deal this week, I don’t yet have definitive answers to that!

"Don’t get me wrong, it feels OK to be able to talk about it rather than have to spend more weeks playing dumb, not answering questions or just deflecting them. But yeah, I wasn’t expecting the news to come out before those kinda details had been finalized…

“Anyway, to answer your question, yeah, my hope is that we can get something a little more than just the refresher test for her, because she’s been away so long. But of course there are rules and other factors that could play into that. It boils down to what IndyCar will allow, what days are available, what cars are available at a time when we may or or may not be allowed to test. So yeah, something similar to what Alonso was allowed would be my hope.”

Carpenter says that he has no doubts about Patrick’s basic raw talent on ovals in an IndyCar, and suggested her NASCAR experience – despite her dearth of strong results – could still serve her well at Indy.

“I think Danica was always strong in open-wheel on oval tracks, and in particular Indy,” he recalls. “She had a good track record for not only having speed but also racing well over the distance of 500 miles. She’s been out of the car for seven years but she’s been racing at a high level of the sport. Actually I tend to agree with a quote I saw that the experience she’s gained in NASCAR can serve her well at the Speedway. Racing almost exclusively ovals, driving long races, I think she’ll come in with a different set of experiences that can help her.

“When Kurt Busch came and raced here [in 2014] he showed how a stockcar driver can adapt, and unlike Kurt, Danica is coming in with not only a lot of IndyCar experience but also Indy 500 experience on top of the skills she’s learned the last six years. I think she can do well.”

Ed Carpenter Racing has been formed very much in the image of the team owner himself, traditionally providing honest self-assessments and never going over-the-top in terms of jubilation or despondency according to highs and lows. Nonetheless, Carpenter says he is fully prepared for – and welcoming of – the huge publicity that will crescendo around his team, all the way to Memorial Day Weekend.

“I don’t believe we will need to change our culture at all, but yeah, I’m aware of what’s coming! And I’m honestly excited about it. I’m happy that Danica saw that our team offered her an opportunity to have a strong car at Indy, and that Ed Carpenter Racing was the team she wanted to end her career with.

“We'll still let our results do the talking, though. Sure, we’ll have to answer more questions than normal, but to be honest, it’s no different than when Alonso came last year. We were all talking about him a lot, even though he wasn’t on our team! And other drivers will be getting the same questions about Danica as I’m going to be asked.

“So I’ll be there as a driver and prepared as I always am for that, and we’ll just have another ultra-popular driver in IndyCar, but on this occasion, that driver will be in one of our team’s cars.