The U.S. Air Force has ended its backing for the #20 Ed Carpenter Racing-Chevrolet, leaving the team owner seeking new funding for the entry he’ll share with an as-yet-unnamed road/street course driver.

The Air Force first hooked up with Ed Carpenter in 2020 when he hired Conor Daly as his road/street course plus Indy 500 driver. Daly had run with Air Force backing for Dale Coyne Racing at the 2018 Indianapolis 500, and for Andretti Autosport at Indy and the finale at Laguna Seca in 2019.

For the past two seasons the Air Force has backed Daly and Carpenter in the non-Indy ovals.

However, being a national military service branch, the Air Force’s spend is examined every year by the government’s review committee, and this year the decision was made to cut the service’s spend on advertising, and one of the victims was the agreement with ECR.

Consequently, the team is seeking alternative funding for the #20 car.

Carpenter told Motorsport.com: “To be honest, it doesn’t completely alter our work in this off-season, in that we’re always seeking partners anyway. It just makes things harder.

“It was definitely difficult that the Air Force was a yearly renewal situation, and obviously the timing of it, in November, was less-than-ideal. But even though on this occasion it didn’t go our way, there’s still a good relationship there, and it didn’t end for a team reason. It was more circumstantial; that’s the way of the world.

“I think it was a strong program, it was a good in a lot of ways. The problem is that there aren’t always perfect metrics to judge the success of these things; it’s hard to get a definitive number regarding how well our program drove recruitment to the Air Force.

“It would have gone a long way to have the Air Force as an anchor for that #20 car program again. But that’s how it is, it means we’re facing a headwind now, but we’re battling on to find more partners.”

Carpenter appeared to imply that Ryan Hunter-Reay, 2012 IndyCar champion and 2014 Indy 500 winner, remains favorite for the drive in 2022, and the 40-year-old tested for ECR at Barber Motorsports Park last month. However, Carpenter also suggested there remain other options, including incumbent Conor Daly, but no longer including 2019 Indy Lights champion Oliver Askew.

“Oliver is off the table now, from my understanding, but honestly I’m working every angle and scenario right now to know and evaluate every option that’s out there,” said Carpenter. “There’s guys you mentioned and others you didn’t.

"I like Ryan, and Conor and I still have a really good relationship, too. We worked out together this morning like we have been, but he’s focusing on his things, and we’re focusing on ours, trying to figure out what’s best for ECR. Conor understands better than anyone else our current situation, just from being part of the team for two years.”

Rinus VeeKay has already been confirmed for a third season in the squad’s other car, the #21, and Carpenter confirmed today that reducing the #20 to an oval-only program for himself is “not part of the plan.” 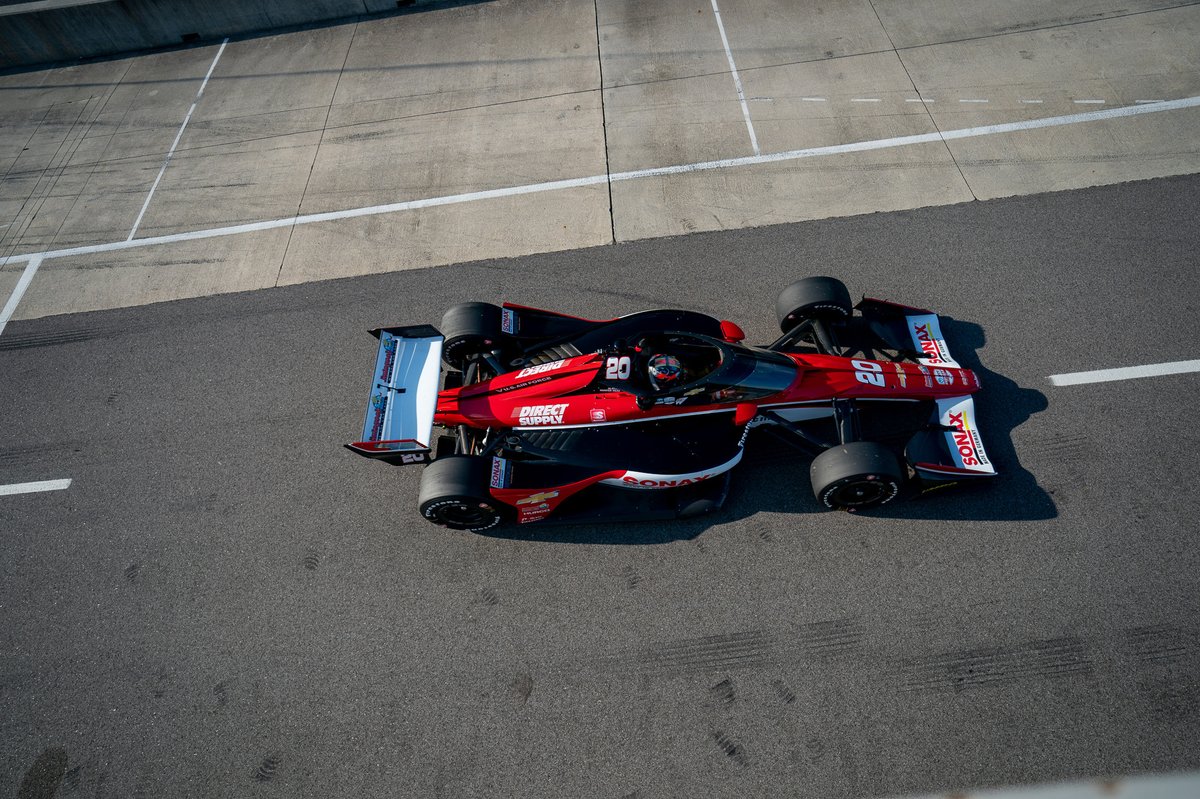