Carpenter: “The way you sense feedback is different” on 2018 IndyCar 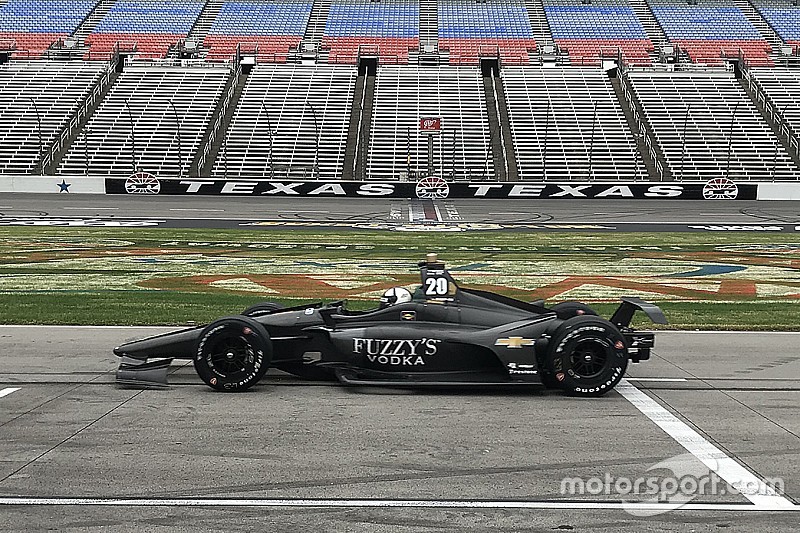 Following Chevrolet testing at Texas Motor Speedway, Ed Carpenter says the behavior of the 2018 aerokit-equipped car provides the driver with a different feeling.

Carpenter, who won at TMS in 2014, told IndyCar.com: “There’s obviously a lot that’s changed since we were here before, still figuring out [the new car], to be honest.

“Compared to Phoenix, it’s not as different here, but it’s definitely still different. It has a different feel. Like, the way you drove it at Phoenix was probably a little more different than here, but it makes downforce in such a different way that the way that you sense the feedback and stuff from the car, to me, is a little different.”

Reigning IndyCar champion Newgarden, who will carry #1 next year but was still testing as #2, stated: “I wouldn’t say it feels drastically different from a feel standpoint. I think this type of oval will be less of a change than some of the other tracks with the aero configurations, but there’s small differences just running by ourselves. I’m sure I’ll have more of a feeling difference when I get to run in traffic.

“We’re just working through different aero sweeps,” Newgarden continued. “Understanding what it does with where we were last year and where we’re probably going to go as a series next year, as far as downforce levels and were the series is going to want us at.”