“What else can I say? These guys since I’ve been here, they’ve been the standard of Indianapolis,” he said. “I’ve always been looking after those guys. For me, I still can’t believe it. Every time I’m with them it blows my mind. They helped me to set the goals, and I really pushed for it.”

Recalling the actual day he joined the pantheon, Castroneves said that ‘Cloud Nine’ wasn’t adequate. “I think 10 or 11, whatever clouds you can put above, I’m still there,” he said…

“Forget about the person, the driver,” Castroneves said. “After the pandemic, to have so many people back [at IMS], making history, giving a first-time win for a team that’s never won, and my personal thing getting my No. 4… When you put all the emotions and scenarios together, it was just a very special event.”

Mears empathized with Castroneves’ sentiments at matching the all-time winning record, stating: “I kind of know how he’s feeling because I’ve heard him say a little bit about it.

“When I won my fourth, to get up here with two of my heroes, even though the [number of Indy wins] was the same, I was still not in their category. To be with them was incredible, and I’m pretty sure Helio feels the same way.”

Castroneves has been narrowly beaten into second at the 500 on three occasions – 2003, ’14, ’17 – and the total of his deficits on those occasions, 0.49sec, is the margin by which he conquered Palou in this year’s 105th running.

“Some days the racetrack smiles on you, and some days you have it the other way,” said Unser who also chalked up three runner-up finishes (and four third-places!) in his Indy 500 career. “You never think you’re going to win because your chances are very slim. There’s 32 other guys who want to win as bad as you do.”

Castroneves will make his second start for Meyer Shank Racing in next month’s inaugural Nashville street race, and will compete in four more of the remaining five rounds, leaving out only Gateway. 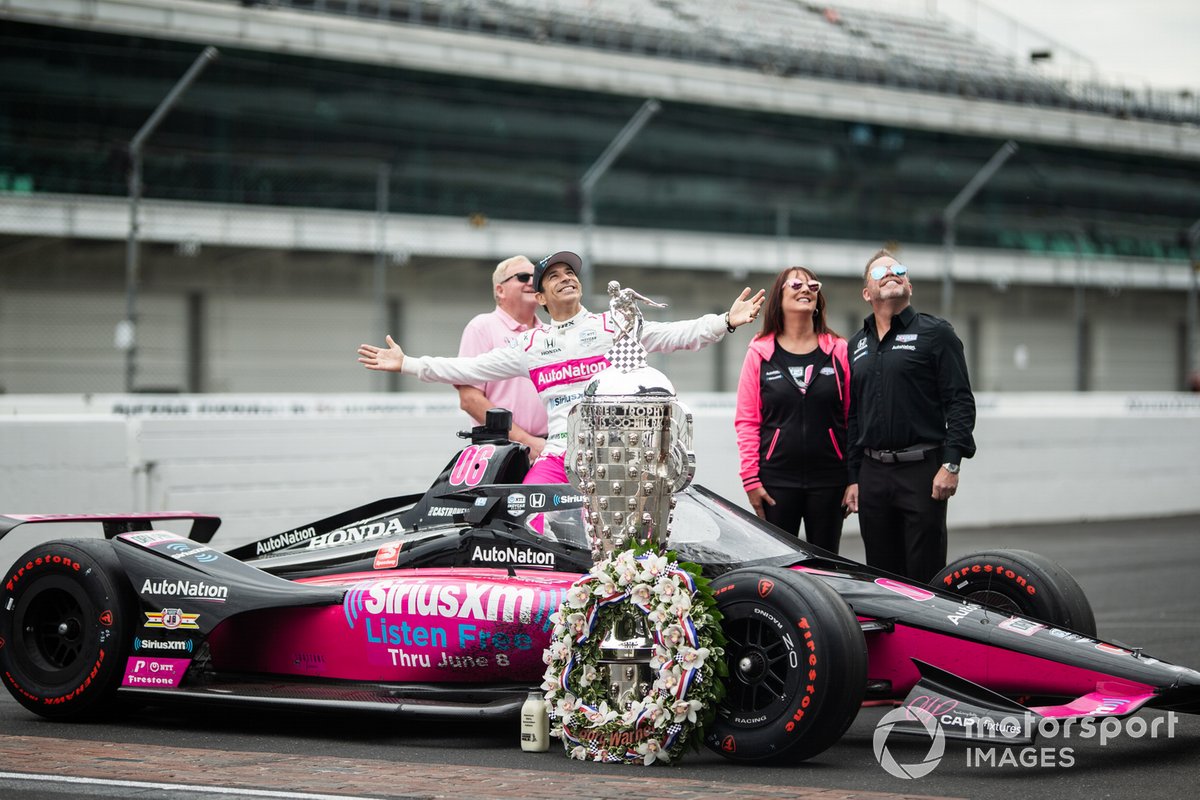