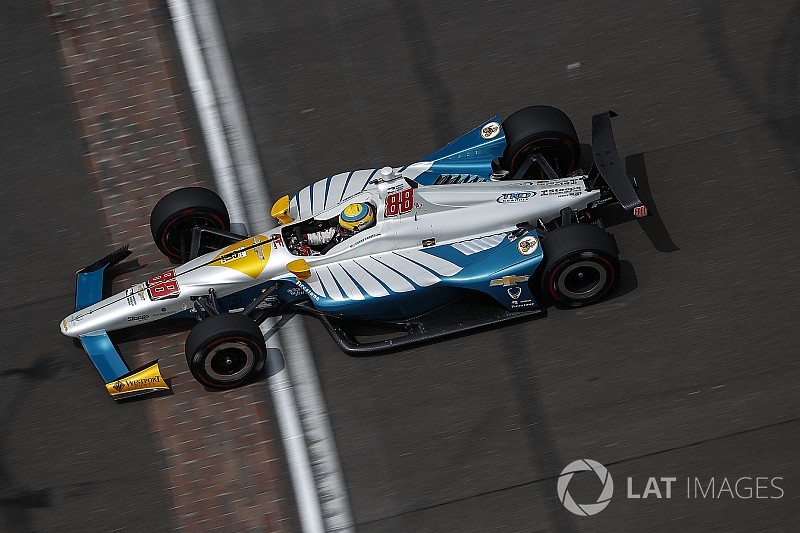 Gabby Chaves says he has never witnessed IndyCars create such a big tow, with cars getting a draft when almost 20seconds apart.

The 2014 Indy Lights champion, about to enter his fourth Indy 500, and his second with Harding Racing-Chevrolet, ended Fast Friday 11th overall (229.135mph) but only 28th on the no-tow rankings (226.541), when the team attempted qualifying simulations.

Chaves told Motorsport.com: “Two cars on track, far apart, and they can run a 227, and then they go out on their own and they’re only running 225s. I’ve never seen it like this, where there’s such a huge draft effect when the cars are 20 seconds apart. The cars really pull so hard in the tow, it's incredible.

“So I don’t know how we are for running alone in quali tomorrow. I think we’re probably…maybe… midfield in quali. And I don’t know where we find more speed because we’re at maximum trim. There’s no more wing angle to go!”

Chaves also said he believed that Chevrolet cars may have a slight advantage.

“I was looking at that earlier and it’s very close,” he remarked, “but I think Penske and Carpenter [both Chevy] are a couple of tenths of mile-an-hour quicker than the Andrettis and the Ganassis [both Honda]. Hey, I hope that’s the case – it would be nice to be on the right end of the deal for once.”

No change to downforce for Indy 500 raceday, confirms IndyCar