Cool temperatures and rain showers at the Circuit of the Americas meant everyone limited their efforts to a few installation laps during the opening session of IndyCar Spring Training. 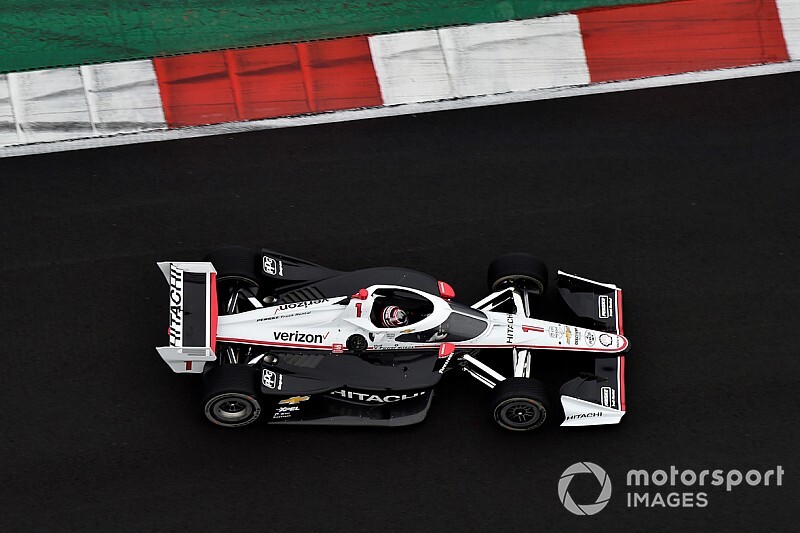 There are 25 cars on hand to be tested by a total of 27 drivers across the two day test, with Sebastien Bourdais and Dalton Kellett due to share the #14 AJ Foyt Racing-Chevrolet, and Felipe Nasr piloting the #31 Carlin-Chevy today before handing over to Sergio Sette Camara tomorrow.

However, IndyCar’s spec tire supplier Firestone likes to see a combination of track and air temperature of over 100 degrees, and the morning session saw both figures struggling to get above 46, so the series waved the red flag and then checkered flag early.

For the record, Team Penske-Chevrolet’s reigning and two-time champion Josef Newgarden (above) set fastest time, but his ‘lap time’ of 2min42.6005sec includes the long drag down pitlane at the 50mph speed limit, and three relatively gently-driven sectors on a damp track.

Theoretically, the afternoon session will start at 1.30pm local (Central) time, by which time ambient temperatures are supposed to have reached 50degF. 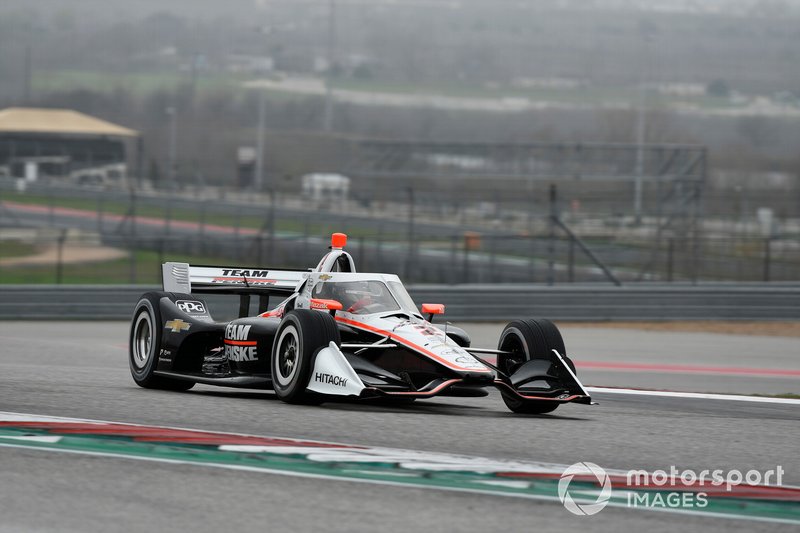