The American racer is currently challenging for the GP3 Series championship but he returned to his native state to make his rookie debut in the Indianapolis 500.

The 21 year-old son of former racer Derek Daly joined the field for the 97th Indianapolis 500 on Bump Day--the last of 33 qualifiers for this year's race. Despite the back-of-the-pack starting position, the Noblesville, Indiana native is in a first-class frame of mind going into his inaugural Memorial Day classic.

"If I wasn't racing I'd be doing some kind of extreme sport," he said of his career aspirations the day after qualifying. "I'd be in acting as the other choice. I enjoy every aspect of the sport: the fitness training, the simulator, working on the car and studying race tracks all over the world."

Daly's had an extensive range of experience despite his tender age. He first hopped into a kart that belonged to a neighbor and got his first taste of going fast with purpose. "I've been hooked ever since," he said of his first trip to the track. 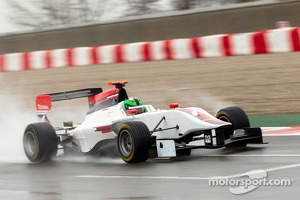 To date his most esteemed accomplishment must be the victory he took at Barcelona, Spain in the 2012 GP3 series. "That was amazing, hearing the Star Spangled Banner on the loudspeakers at an F1 weekend," he beamed. "It convinced me I want a career in either IndyCar or F1."

Also high on Daly's list is a first place finish at the 2011 Long Beach Grand Prix in an Indy Lights car, and a win at St. Petersburg, Florida Grand Prix in a Pro Mazda series car in 2010. The Pro Mazda run was a good one, with Daly seeing the finish line first a record seven times in 13 starts.

Daly's personal life is complicated by a severe lack of time for much activity outside of racing or preparing to race. "I like to listen to music on my earphones when I can. Even at the track, it helps relax me and keep my mind at ease until it's time to focus on racing again."

An avid snowboarder, Daly admits a preference for the cold weather and the blowing snow. His favorite vacation spot, naturally, is out west where the powder is steep and deep: Vail, Colorado.

This time of the year, though, he's thoroughly focused on the job at hand with AJ Foyt Racing and the Indianapolis 500. "It's such a privilege to be here as part of AJ's team," he said. "All the history and legends that surround AJ are immense. It's something special just to associate myself with him and this team." 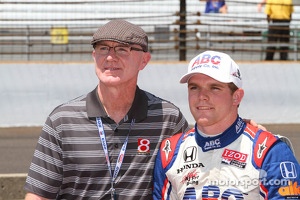 There's never been a rookie winner at the Indy 500. Marco Andretti came close, but failed to seal the deal on a fast-closing Sam Hornish at the finish line. "Never say never," commented Daly of the track record of rookie finishes here at Indianapolis.

Following the Greatest Spectacle in Racing, Daly will return to Europe to continue his GP3 series competition where he has been impressive in posting nine top-ten finishes over the last 16 starts extending back into 2012.