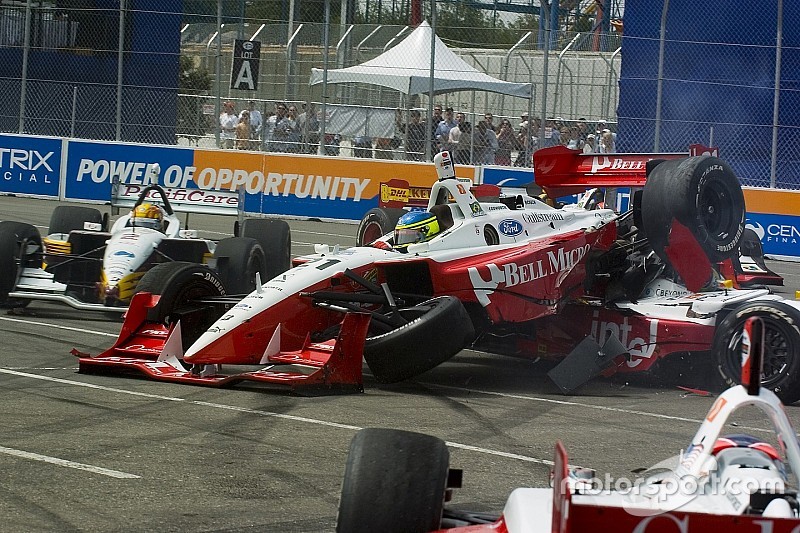 Ex-F1 racer and CART champion Cristiano da Matta – who was teammate to the late Justin Wilson in Champ Car in 2006 when he suffered his own serious head injury – has called for closed cockpits on open-wheel racercars.

The 41-year-old Brazilian, who has retired from mainstream motorsport competition, says that the driver's most "fragile part" should not be exposed to direct impacts.

Da Matta's single-seater career was ended by a serious head injury when he struck a deer head-on during Champ Car testing at Road America in 2006, which left him with life-threatening head injuries.

He spent 28 days in a coma, and was in hospital for two months in total.

Da Matta is mourning the death of Wilson, who was killed following a crash at Pocono where debris from a crashing car ahead dealt him a fatal blow on the head. They were formerly teammates at RuSPORT in 2006.

"We were teammates and we had a fantastic relationship," da Matta told Motorsport.com. "We became good friends. When I was in the hospital after my crash, he was there, helping my family. Now, we are all very sad about what happened to him."

"Head is the fragile part"

Da Matta believes that the driver's head should be better protected, and points to his own 'freak' accident, and that of Felipe Massa at the Hungarian Grand Prix in 2009 as well as Wilson's, as reasons to do so.

"I am totally in favour," said da Matta of closed cockpits. "We cannot only consider history. Formula series are known as 'open-wheel', but in the beginning of the sport nobody has thought about a car as it is today.

"The cars have such a [high] level of safety, that a driver in an accident has no injury to his body: not a broken leg or arm.

"But his head is the fragile part.

"In Massa's accident, for example, what was the possibility to have a spring hit his head – one in one million? And what about a deer, as in my case? The same, I suppose. It is small but it happens."

Recalling his own accident

Da Matta, who now works with his brother's mountain bike accessory business Da Matta Design, can't remember his Road America crash, apart from the fact that a deer running across the track was the cause.

"As we have no images of my crash, I will tell you what I remember," he said. "I was lucky to crash into the animal in a second gear corner, so I was more or less at 130km/h.

"Last thing I remember is the feeling to have something crashing in my front wing. And then nothing else. I completely blacked out, but I remember the animal in the track."

Da Matta underwent live-saving surgery, and explained: "Due to the impact to my head, my brain started to swell and the pressure inside the skull went higher and higher.

"In this case, they have to open your skull and wait to see how your brain will react. My skull was open for a month and a half."

Da Matta – who had spent two seasons with Toyota in F1 in 2003/04 – came back to racing in 2008, driving a Daytona Prototype with great friend Jimmy Vasser.

He has raced only sporadically since, but says there is no lasting after effects.

"I have no limitation today," he said. "I have made many examinations to confirm that, with doctors in Brazil and USA. They all said I am 100 percent.

"The doctor who normally evaluates drivers, Dr Steve Olvey, told me I am able to do everything I want – except boxing. I can live without boxing!"

A thrilling end to a roller coaster season for IndyCar