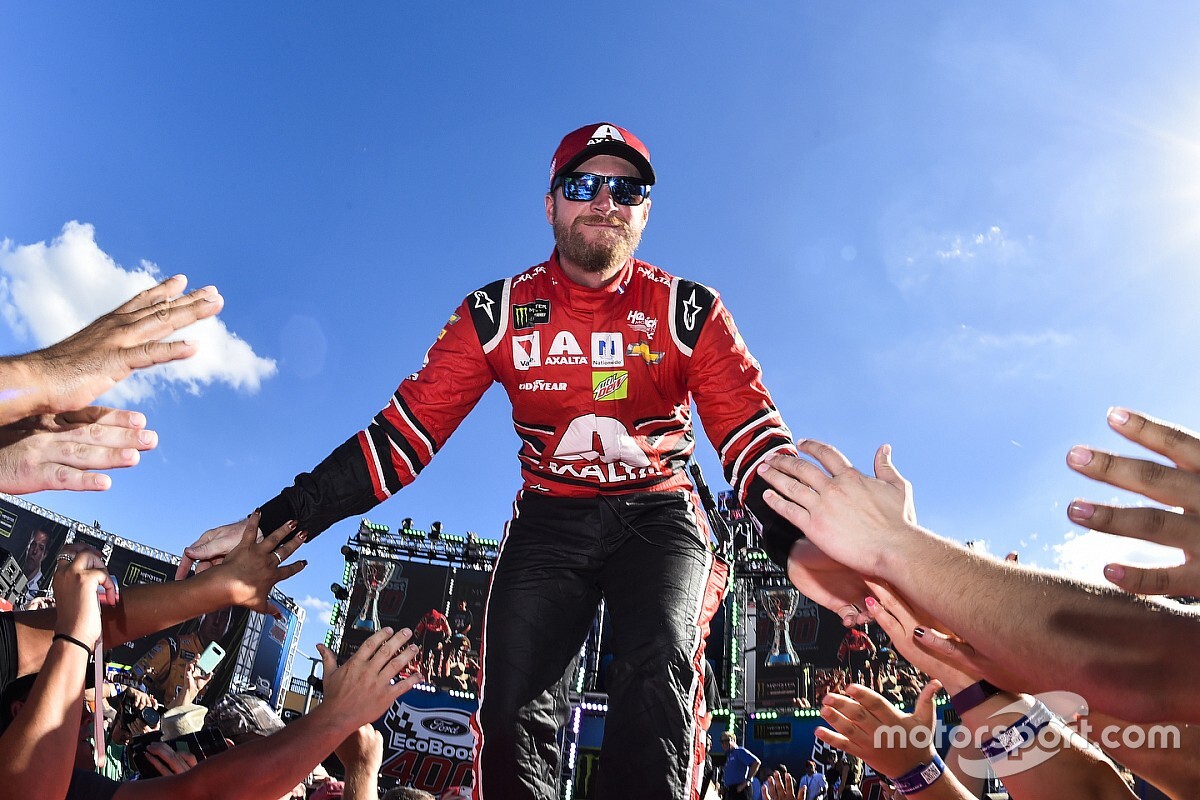 Dale Earnhardt Jr. will make his IndyCar Series debut this weekend at Michigan International Speedway, albeit in the virtual world

Earnhardt floated the idea days ago, expressing his interest but said he had not yet received an invite.

On Wednesday, he tweeted 'invite received,' confirming he would indeed join the field for the IndyCar esports race at the two-mile Michigan oval.

The series, known as the IndyCar Challenge, has run two events so far at Watkins Glen International and Barber Motorsports Park, won by Sage Karam and Scott McLaughlin. This will be the series first race on an oval.

Earnhardt, an avid sim racer, has been competing in several televised and/or streamed events as of late including the popular Pro Invitational NASCAR Series, finishing as high as second at Homestead-Miami Speedway.

“I’m a fish out of water. I’ve been a big fan and part of the customer base with iRacing and their service for a long time, but I’ve have had hardly any time in that particular car on the service," he told NBCSN. "There’s 80 tracks, dozens of cars and I really haven’t spent too much time in the INDYCAR, but, I’ve got a few days to get acclimated with it and understand how to drive it, what its characteristics are…I just want to go out there and enjoy it and have fun and run all the laps.”

“(The INDYCAR drivers) are such great guys, really accommodating and nice to be around. A couple of them are already texting me, Marco Andretti, Graham Rahal, are giving me a hard time. Hopefully, we can have fun and bring some awareness to the series and what they’re doing on the simulation front. Everybody tune in at 2:30 ET on NBCSN on Saturday – we’ll be out there in the number 3.”

Another NASCAR star in Jimmie Johnson has taken part in the first two IndyCar races on road courses, finishing as high as 12th at Barber.