Daly to race for Andretti Autosport in IndyCar finale

Conor Daly will drive a U.S. Air Force-sponsored Andretti Autosport-Honda for a second time this year when he starts next month’s finale at WeatherTech Raceway Laguna Seca. 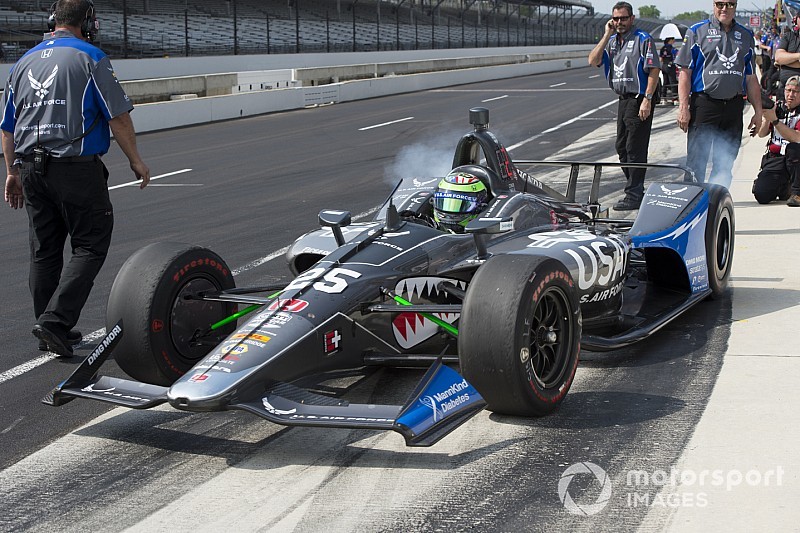 Daly impressed Michael Andretti’s team with his pace and racecraft in this year Indianapolis 500, his 44th IndyCar start and his sixth at Indy. He spent much of the race running well within the top dozen and eventually finished 10th.

Since then he has subbed for Max Chilton at Carlin Racing on the ovals, as the Englishman stepped back from the speedways. Daly clocked 11th at Texas and 13th at Iowa.

“I couldn’t be more excited to get back to my road course roots and take on Laguna Seca with Andretti Autosport and the United States Air Force," said Daly. "It’s been incredible to be a part of the team this year carrying the USAF colors and to represent them at the season finale will be very special.

“I’m very proud of what we’ve been able to do with the USAF this year on and off the track and I can’t wait to get back in the #25 car!”

Andretti, committing to a fifth entry for a second time this year, said: “We are thrilled to have Conor, as well as the U.S. Air Force, join us again for the season finale in Laguna Seca.

“Conor was a great addition during the month of May and being able to continue this great partnership with the Air Force at the series season finale is another special opportunity to show our support and honor the brave men and women serving our Nation.”

Maj Ross McKnight, Chief Air Force National Events Branch, added: “We were extremely proud of the effort that Conor and the entire Andretti Autosport team put in for the Indianapolis 500. The activation exceeded all Air Force Recruiting objectives and we are excited to continue that success at Laguna Seca and the IndyCar season finale.”

Carpenter: VeeKay has “all of the tools” to compete in IndyCar