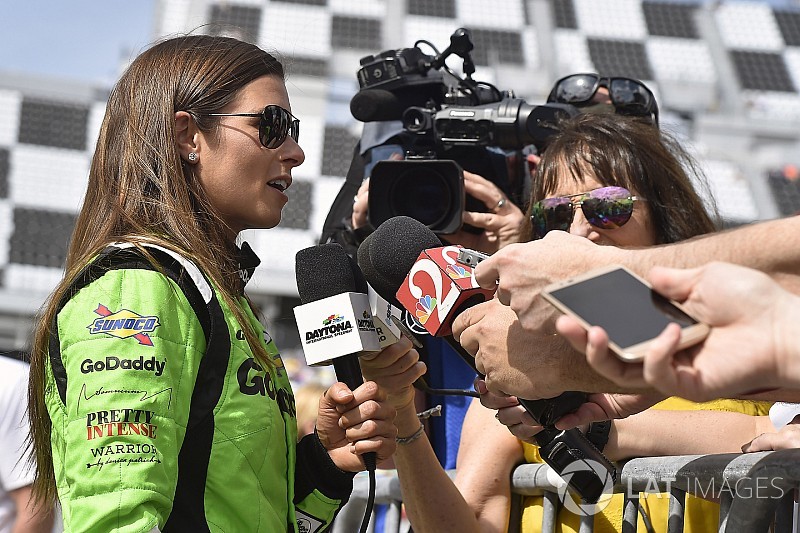 Danica Patrick, the first woman to lead laps in the Indianapolis 500, has apparently let slip that the sign-off to her racing career will be at the wheel of an Ed Carpenter Racing-Chevrolet at Indy.

Speaking to media members at the Daytona 500 Media Day, when quizzed on her Indy 500 prospects Patrick responded, "Actually I didn't have time to meet up with Ed and the people that ... Oh, did I say that out loud? I've never done that in my career."

She then walked away, apparently annoyed with herself.

Representatives from Chip Ganassi Racing, Schmidt Peterson Motorsport, Rahal Letterman Lanigan Racing and Dreyer & Reinbold Racing all confirmed to Motorsport.com yesterday that they would not be running Patrick in the 500, and all indications suggested she would run a third ECR car.

Carpenter, a two-time Indy 500 pole-winner and the only fulltime owner/driver in the IndyCar Series will thus enter three cars for the 102nd running of the Memorial Day Weekend classic – for himself, Spencer Pigot and Patrick.

The deal – which was rumored to be made official at an unveiling in the IMS Hall of Fame Museum next month – means that Patrick’s final two races will be at the wheel of a Chevrolet-badged vehicle. She will compete at the Daytona 500 in a Premium Motorsport Camaro.

IndyCar rookies have never had it tougher, says Veach’s engineer