Supercars star Will Davison has revealed that he was once grabbed by the throat during a heated exchange with rival-turned-friend Will Power.

The two young Aussies spent much of their junior careers rubbing wheels, starting with a fierce battle for the Australian Formula Ford title in 2001 and continuing when the pair both raced in British Formula 3 a couple of seasons later.

According to Davison, the peak of the rivalry was a heated exchange during a British F3 round at Donington that resulted in Power grabbing him by the throat.

Davison also reckons there were mind games going on when the duo famously tested a Minardi F1 car at Misano together in 2004, claiming Power had the running order changed to get the more favourable conditions.

"We had some full-on battles in British F3," Davison told the V8 Sleuth podcast.

"He grabbed me by the throat once at Donington when I'd run him off down the back straight. I remember him running from 200 metres away screaming at me, going 'I would never do that to you'. He was screaming and running towards me, and he pretended to punch me in the face."

"It was intense. The F1 test together there was funny buggers going on. I was not meant to drive the car first, he was meant to drive it in the morning, I was the afternoon.

"It was super cold, zero degrees, he thought he was going to be in an unfair [disadvantage]. The next thing there's a few phone calls, I got told 'you're going to be in the car in 30 minutes, get in the car'."

Despite the drama Davison reckons he and Power always had a good relationship, which has turned into a great friendship since their careers took different paths.

"We never really ever fell out, we just pushed each other to great heights," added Davison.

"I've never had anything but massive respect for him. Even the last 10 years we speak often and we're very open with each other. He speaks to me more openly than a lot of other people, because we can download, we can vent.

"We have some amazing chats. I'm Will's biggest fan."

Davison also revealed that his first year's salary as a factory Holden Supercars driver helped clear a million dollar debt racked up while racing in Europe.

Having lent on an investment programme to fund his a season in British Formula Renault and two seasons of British F3, Davison returned to Australia in 2005 owing more than a million dollars to his backers.

After stints with Team Dynamik and Dick Johnson Racing in Supercars, a big-money move to the Holden Racing Team in 2009 finally allowed him to pay back at least part of that debt.

However that required forgoing his entire salary for the season.

"It got to my first three years in Supercars I was paying back dribs and drabs to these 30 or 40 backers," Davison explained.

"[The debt was] up in excess of a million dollars.

"Basically it got to a point when I joined HRT, I took a bit of a punt, if I wasn't earning money I didn't have to pay anyone back.

"I thought I'd rather write to all of these people, because they were all supporters and friends at the end of the day, and say 'how would you guys like, instead of dribs and drabs until 2015 when the sunset clause was, 50 per cent of your initial investment up front in a payment now?'

"All of them pretty much said they'd prefer that so I was able to get a year's payment [from HRT] as a bit of a loan.

"Certain negotiations I had in that year of 2009, which was a great year, I basically lived off a couple of personal sponsorship deals I had.

"I sacrificed all of my salary for a whole year, just tried to clear my debts.

"I could have then been out and done the next year and paid back all this money I didn't actually have to, but it was the right thing to do and then I had a clear path going forwards.

"And fortunately here we are in 2019 and I'm still driving so I think it was the right decision to make." 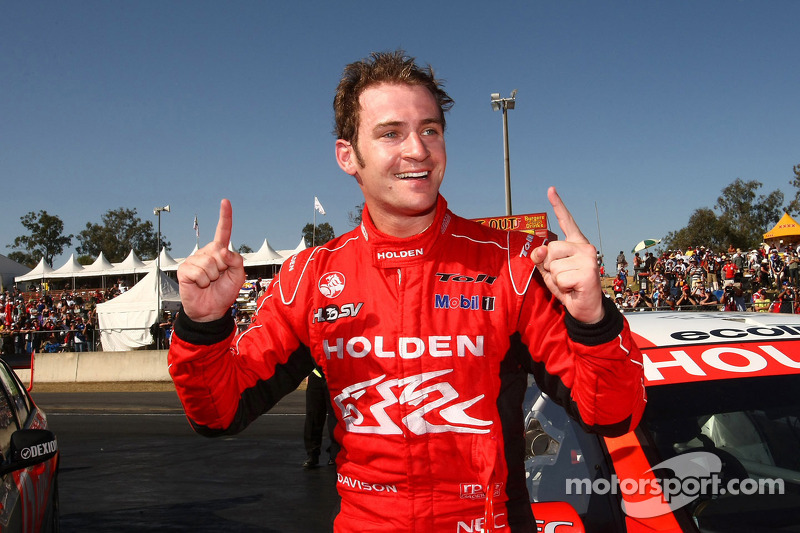