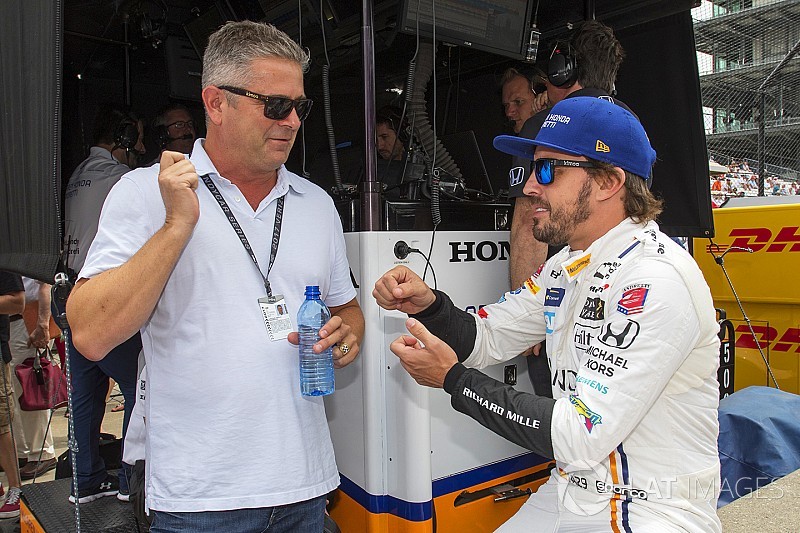 Gil de Ferran, who worked as driver coach for Fernando Alonso in the Spaniard’s first shot at the Indianapolis 500, said he would jump at the chance to work with the two-time Formula 1 World Champion again.

De Ferran, a two time Indy car series champion and the 2003 Indy 500 winner, worked with the McLaren-Andretti Autosport Honda joint force at IMS last May, as Alonso skipped the Monaco Grand Prix and chose to race in the Indianapolis 500.

The orange #29 car qualified fifth, led 27 laps but retired 21 laps from the end with engine failure.

De Ferran told Motorsport.com: “If Fernando came back, I would love to work with him again. If he decided to return and asked me to be there to bounce ideas off, or whatever, then absolutely, I’d be there.”

Despite Alonso’s impressive overall performance across the last two weeks in May, de Ferran believes he could still be a useful ally.

“He was fantastic, of course, but like I kept saying at the time, ‘Did we really expect anything less?!’” said de Ferran. “He’s the ultimate professional, very talented and works very hard to be even better, and maximize what he’s got.

“That said, I believe you never stop learning. I was learning right up until my last day in a racecar. So yes, I think I could still help. It would be only his second race in IndyCar, second race on an oval… There’s a lot of experience to catch up on some of the best oval drivers out there.”

Pagenaud on first 2018 IndyCar test: "The series has got it right"

Kenny Wallace to drive for DEI at Talladega