Scott Dixon put his Chip Ganassi Racing-Honda on top by a daunting margin in opening IndyCar practice at Detroit, as Team Penske’s Will Power clocked P2 in the fastest of the Chevy machines. 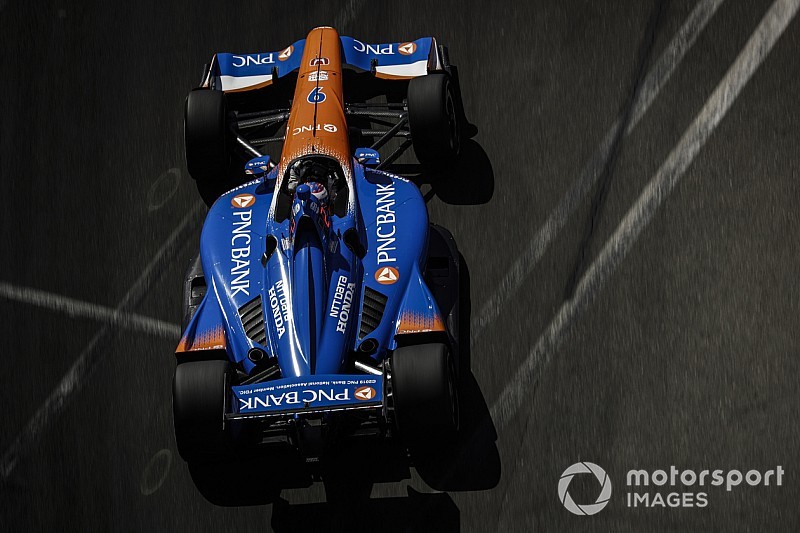 Power was left 0.3464sec adrift in second place, as he proved the busiest driver of the session, racking up 20 laps – his last being his best. He was just 0.0178sec clear of Andretti Autosport-Honda’s Ryan Hunter-Reay who, like Dixon, won a round of the NTT IndyCar Series’ only double-header event. Josef Newgarden was fourth in the second Penske.

Graham Rahal, the only driver to win both races in the Detroit weekend, back in 2017, was fifth this morning, ahead of Harding Steinbrenner Racing’s star rookie Colton Herta.

Zach Veach was an impressive seventh ahead of Andretti teammate Alexander Rossi, with Spencer Pigot of Ed Carpenter Racing-Chevy and Takuma Sato in the second Rahal Letterman Lanigan Racing-Honda taking ninth and 10th.

The only stoppage was caused by Sebastien Bourdais outbraking himself at Turn 7 and stalling his Dale Coyne Racing with Vasser-Sullivan Honda down the run-off area.