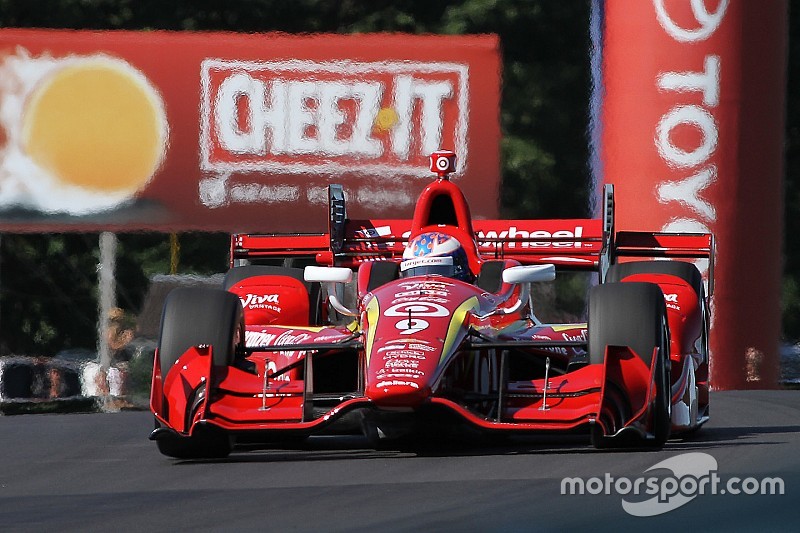 Seventeen drivers broke with IndyCar tradition and ran Firestone’s soft compound in warmup at Watkins Glen, and while Scott Dixon topped the session, he's uncertain how the red-walled tires will perform in the race.

The Chip Ganassi Racing driver clocked a lap of 1min23.7172sec around the 3.37-mile roadcourse in New York state, but says he’s still not sure which will be the better choice compound for any given circumstance.

He told Motorsport.com: “I thought the longer you ran the reds, the better they got. Problem was yesterday, you only got a couple of laps on them and you couldn’t get the ultimate lap time from them in the first couple of laps. They didn’t take kindly to them.

“But today we ran our fastest lap on the reds. Didn’t really run fast on the black [primary] tires because of traffic, and trying different fuel mixtures.”

With the teams intending to complete the 60-lap race on two stops, Dixon said that the only way a three-stopper would be quicker would be “getting the yellow at the right time. Otherwise, you couldn’t make up the time; it’s around a 30sec loss making a pitstop.”

Graham Rahal, who completed the most laps on reds this morning, was second fastest for Rahal Letterman Lanigan Racing, with Juan Pablo Montoya, Charlie Kimball and Helio Castroneves seventh through eighth.

Mikhail Aleshin left it until the last lap of the session to put his Schmidt Peterson Motorsports Honda into ninth, ahead of KVSH Racing’s Sebastien Bourdais.

All the front-runners will start the race on the red, alternate compound. The only primary tire takers for the start of the race will be Alexander Rossi, Marco Andretti, Graham Rahal and Takuma Sato, who line up 15th, 18th, 20th and 22nd respectively.

Carpenter “doing everything” to keep Newgarden