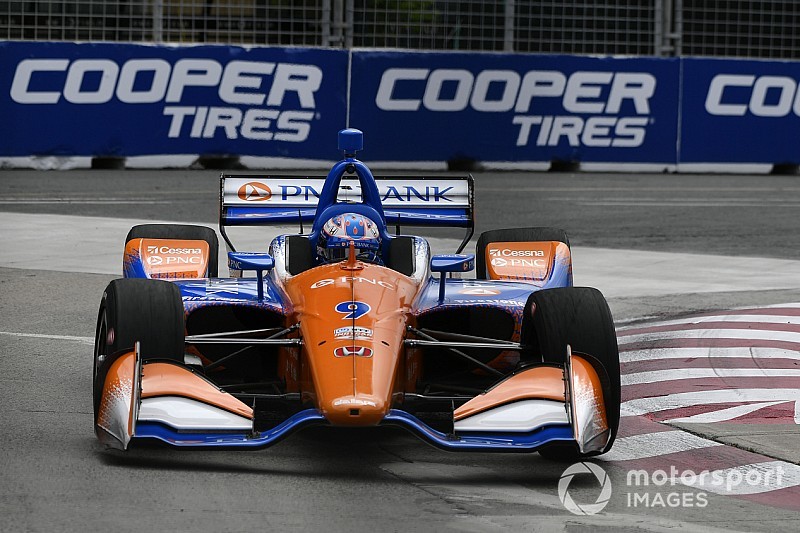 Scott Dixon is puzzled by the setup differences that left him struggling to gain ground on eventual winner Simon Pagenaud without the aid of traffic in yesterday’s Honda Indy Toronto.

Dixon qualified his Chip Ganassi Racing-Honda second alongside Pagenaud and was his closest threat throughout the race. In the closing stages, as the leader reached uncooperative backmarkers, Dixon was able to draw within one second of the #22 Team Penske-Chevrolet.

However, Dixon found he couldn’t run any closer nor could he gain much on the straights, despite using push-to-pass.

He remarked: “I think it was just really hard to get close to cars… Once we just got to Simon, we couldn't do anything. He did a good job of holding the pace up a little bit in [Turns] 6 and 8. We had some lapped traffic with [Ryan] Hunter-Reay. Got a good run out of (Turns) 11 and 1.”

He added later: “It was definitely harder than normal, I thought, to get a run on somebody here. Normally out of 1 you can have a pretty good go. But for us today, whatever our setup or the configuration, it wasn't [possible].

“Straight line speed was ridiculous, to be honest. I don't know if they were trimmed. Honestly, on overtake [push-to-pass] I was barely closing on them. Something we definitely need to work on for the latter part of the season.”

Dixon revealed too that he brushed a wall hard enough to leave his steering wheel askew and temporarily worried that he’d damaged a wheel rim.

“I made a mistake, pretty big mistake, probably around Lap 12 or 15,” he said. “I hit the inside wall on Turn 9, bent the suspension pretty bad and actually thought I had a puncture. Luckily it wasn't too bad. It was enough to get to the end, but not ideal. Luckily the tire stayed up and we were able to continue on.

“Crazy it happened so early. Had flashbacks of Detroit again. It was nice to actually finish.”

Meanwhile third-place finisher Alexander Rossi of Andretti Autosport admitted he didn’t have the pace to tackle Pagenaud and Dixon, but was content with closing the points gap to Josef Newgarden, who finished fourth.

“It was pretty anti-climactic,” he said. “We didn't think we had a first-place car at any point this weekend. We made a good turnaround overnight on Friday night into Saturday for qualifying. The fact that we were able to put it in the top five was a good thing.

“Then we thought we had a podium-place car [but] that was really about it, unless we had anything come to us in the form of luck. So it was good to just kind of capitalize on what we felt was our maximum. Obviously finishing in front of Josef was a good thing.

“About seven or eight laps to go, I closed down on [Pagenaud and Dixon] pretty quick because of lapped cars, but I caught the same ones they had to deal with. From that point it was pretty much maintaining third and bringing the car home.” 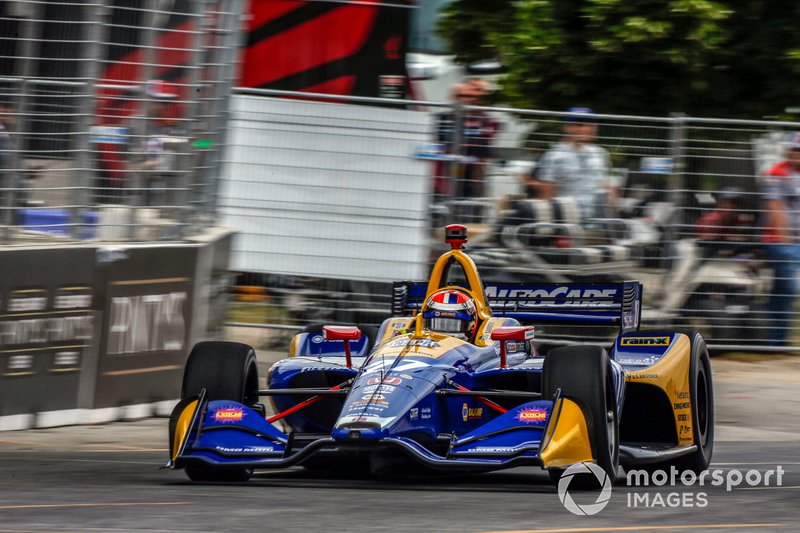 Pagenaud “always a little ahead while not taking too much risk”

Pagenaud: “Never count me out” of title fight