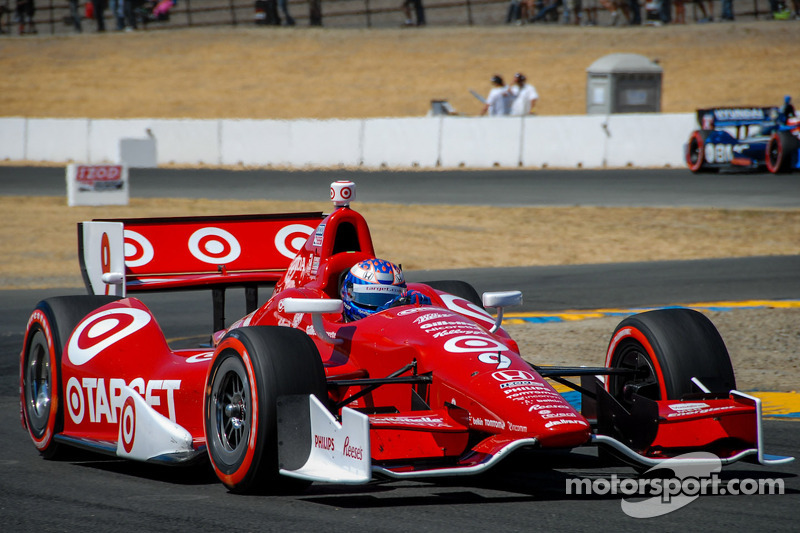 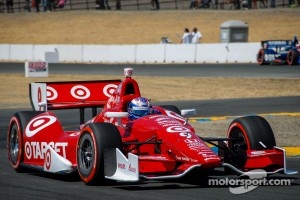 Once the MAVTV 500 begins, the two-time IZOD IndyCar Series champion will be eliminated from contention for the championship, but he has to race Helio Castroneves if he wants to finish third in the championship.

There's fluidity in every other ranking pending the race results of the MAVTV 500. The series championship duel between Ryan Hunter-Reay and Will Power marks the seventh consecutive year that the title will be decided in the season finale. Power, driver of the No. 12 Verizon Team Penske Chevrolet, has a 17-point lead over Andretti Autosport's Hunter-Reay.

The duels for the title and third-place aren't the only battles throughout the field.

Graham Rahal has a 28 point gap for the final spot in the top-10, but there's a 24-point gap between seven drivers seeking to crack the top 10.

2. Frenchman Vautier seeks second Mazda Road to Indy title: Tristan Vautier once tried in vain to find a golf cart he had ridden on during a race weekend because he felt bad he left a piece of litter on it.

After an autograph session at Long Beach, where navigation between Fan Village and the paddock was anything but convenient, he made the trek back through the crowds to return a Sharpie he had accidentally taken.

But the courtesy the young Frenchman shows off the track isn't shown to his competitors on the track.

Vautier has won a third of the races in the 2012 Firestone Indy Lights season, with four victories at St. Petersburg, Milwaukee, Trois-Rivieres and Baltimore, and gathered more pole positions than any of his competitors.

He currently holds an 11-point lead in the championship entering the finale at Auto Club Speedway where he will race in a 50-lap winner-takes-all shootout, with only his teammate Esteban Guerrieri able to challenge him for the title.

"Getting back on the ovals, it's going to be important to get back on the pace on these types of tracks, get the brain to work a little differently and get back to it," Vautier said. "But I think with good preparation we can arrive and obviously have a good fight for the title. I know my team should give me a good car as usual and I have to do a great job, and we'll see what happens and give it all."

With the title in Firestone Indy Lights, Vautier would become the first driver to win two Mazda Road to Indy series championships since the program was created in 2010, and just for good measure, he'd do it in consecutive seasons. This time last year, he had wrapped up the 2011 Star Mazda Championship presented by Goodyear title via four wins and four pole positions.

As IZOD IndyCar Series teams are currently making their first trips out to Fontana for testing at the track, Firestone Indy Lights drivers got time at Auto Club Speedway on April 17, where Vautier recorded 109 laps to finish fourth quickest of 14 drivers.

"It's way different from the street courses and road courses," Vautier said. "The setup of the car has a big influence, so as a driver your feedback is very important, and information that you give to your team has a lot of importance. We drove at Fontana for the test day and the track is pretty challenging because it's very wide and very big, but the banking is not so big and it's bumpy.

"It's going to be interesting, for sure we're going to have to work well with the engineers to get a car that handles well on the track, and it's just a different approach from street courses and road courses. You're really focused on what you have to tell the team."

3. Servia featured in latest INDYCAR 36: Even if it meant being awakened before sunlight pierced the window, Oriol Servia was happy to oblige the IMS Productions crew filming the latest episode of "INDYCAR 36."

The Panther/Dreyer & Reinbold Racing driver says that shining the light on what transpires behind the scenes on a race weekend - from the mechanics to the engineering meetings to the sponsor functions (and on the Grand Prix of Baltimore race weekend a birthday celebration for team co-owner Robbie Buhl) - will draw viewers into the sport.

Co-owner Dennis Reinbold (left) was among those interviewed.

"I want to do everything I can to show our fans that what we do is more than showing up on Sunday and driving the car," said Servia, who enters the season finale at Auto Club Speedway this weekend with five top-10 finishes in the No. 22 entry. "All the work that goes behind it I think is very interesting. To show more of what is happening behind the scenes just brings more interest to the series and to the fans. If that included getting wakened up early in the morning, then that's OK. The more you know something, the more you can judge whether you like it or not.

"I think INDYCAR is a great product; we put on a great show and have great personalities behind the wheel and behind the teams. I know the fans are loving (the TV show)."

Title contenders get in track time in Fontana