Sarah Fisher is the latest in a long roll-call of celebrities and/or motorsport figures to drive the pace car and lead the eleven rows of three to the green flag for the Indianapolis 500.

It was Indianapolis Motor Speedway founder Carl Fisher who came up with the idea of ditching the standing start for the more spectacular – and in Fisher’s mind, safer – rolling start. He would lead the field – at that time, 40 cars arranged in eight rows of five! – driving a Stoddard-Dayton at 45mph.

Every Indy 500 has used a pace car ever since. Fisher paced the first five and then it became the duty and honor of various automotive industry figures or retired racers, and a great marketing tool for car manufacturers to supply the cars. That had the potential to raise some interesting juxtapositions – Louis Chevrolet piloting a Chrysler in 1926, for instance – and cause some issues after the race, too. From 1936 it became traditional for the 500 winner to be awarded the pace car, but in ’65, the Ford Motor Company, fundamental to Team Lotus’s assault on the Indy 500, did not let its winner Jimmy Clark accept the keys to the Plymouth Sport Fury pace car.

Up to and including 1956, the pace car led the field for just one warm-up lap before pulling aside on the front straight and ‘releasing’ the charging pack behind. In 1957, this became two laps in order to allow fans in the main grandstand to take in and photograph the eleven rows of three rumbling along behind the pace car. 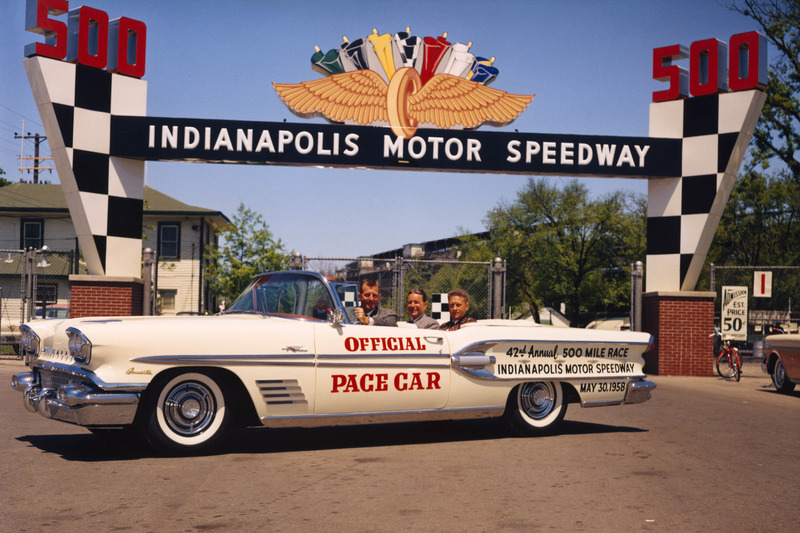 That worked out particularly well in 1958 for the man driving the pace car, a beautiful Pontiac Bonneville (above), because that man was Sam Hanks. He won Indy the previous year at his 13th attempt, but had then announced in Victory Lane that he was retiring from racing. Thus in ’58, the crowd got their chance to salute the reigning Indy 500 champion who had chosen not to defend his crown.

In fact, Hanks would pace the field for six straight years, always with track owner Tony Hulman as a passenger and over the years, the number of passengers that rode with Hulman grew and included celebrities.

In 1971, one of these was the legendary astronaut John Glenn, and nothing he encountered while serving with the USAF in World War II and the Korean War, working as a test pilot or flying in outer space could have prepared him for this particular ride. The owner of a local Dodge dealership, Eldon Palmer, drove the Challenger pace car at breakneck speed along pitlane, but the cone he’d put out to mark his braking point had been moved and so he outbraked himself by a long way. The Challenger slewed out of control and into a photographers’ stand, causing several injuries.

Like Hanks, 1960 Indy winner Jim Rathmann served as pace car driver six times, and while it wasn’t necessary to have pace car drivers that good, celebrity drivers with racing experience were seen as preferable. James Garner jumped at the chance to pace the field in ’75, ’77 – the first year that pace cars led the field for three laps – and ’85.

Until 1979, the pace car would never be seen on track between the beginning and end of the race, caution periods being controlled by the leader of the race. However, from ’79, in order to keep the drivers circulating at a safe pace while whatever had caused the yellow was resolved, the pace car would reemerge in front of the pack. That meant that the pace car, while still having a ‘celeb’ drive it on pre-race pace laps, needed handing off to a professional.

For many years, that pro was three-time Indy 500 winner Johnny Rutherford, who was the IndyCar Series’ regular pace car driver. When he retired from this duty at the end of 2016, former IndyCar favorite Sarah Fisher took over the role of professional pace car driver at IMS.

This year, Fisher is the very worthy celebrity driving the 2023 Corvette Z06 70th Anniversary Edition pace car, and will remain in the car as driver whenever a caution period is called. 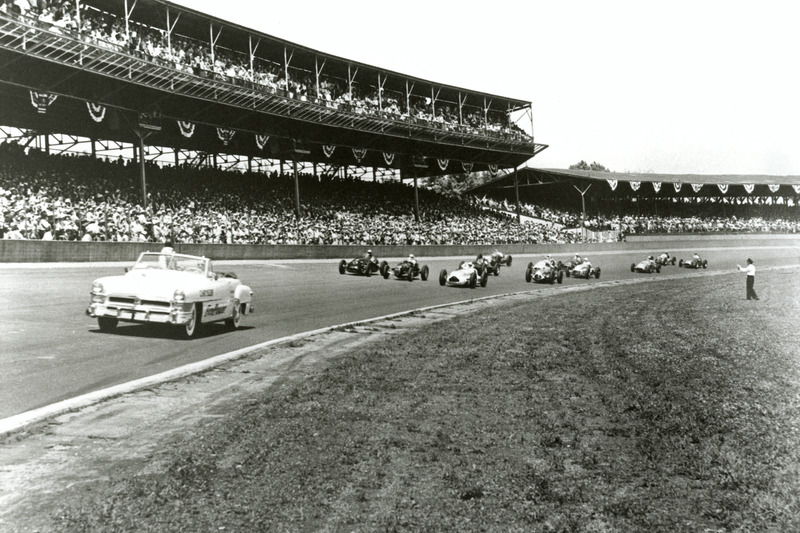 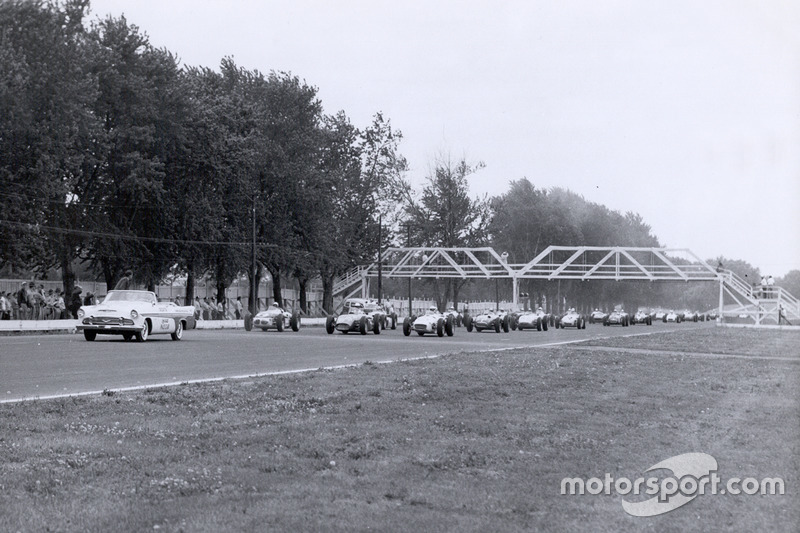 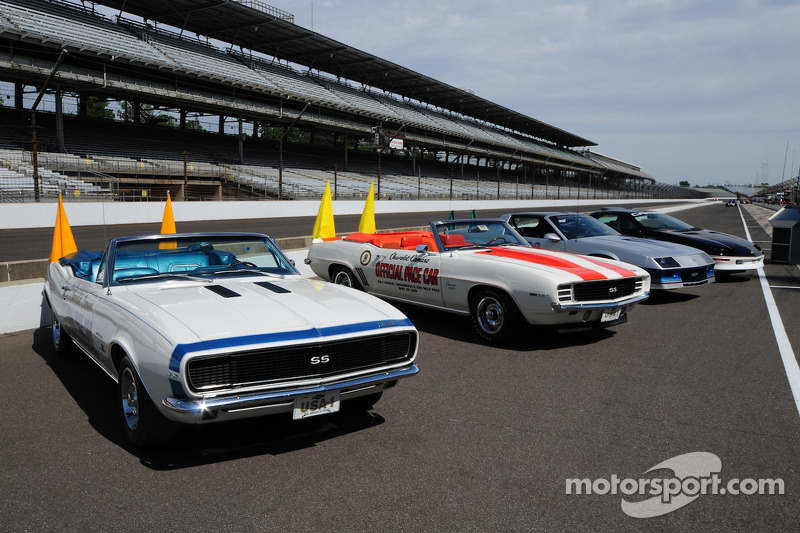 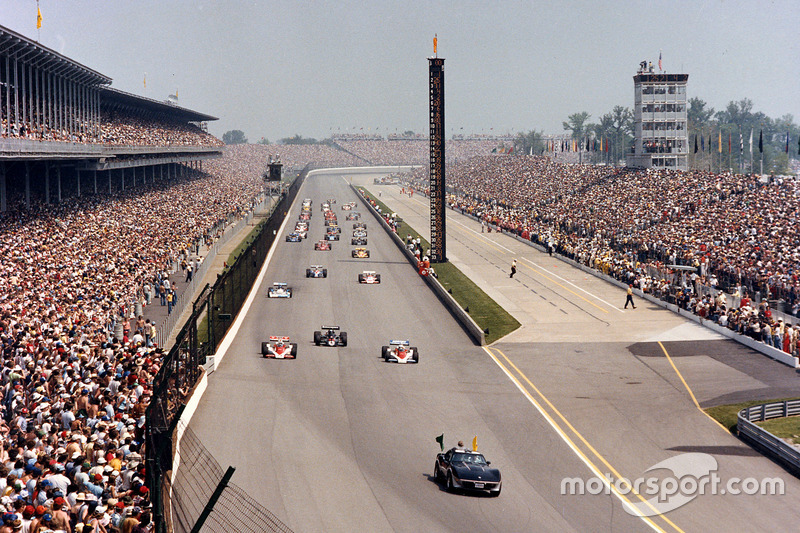 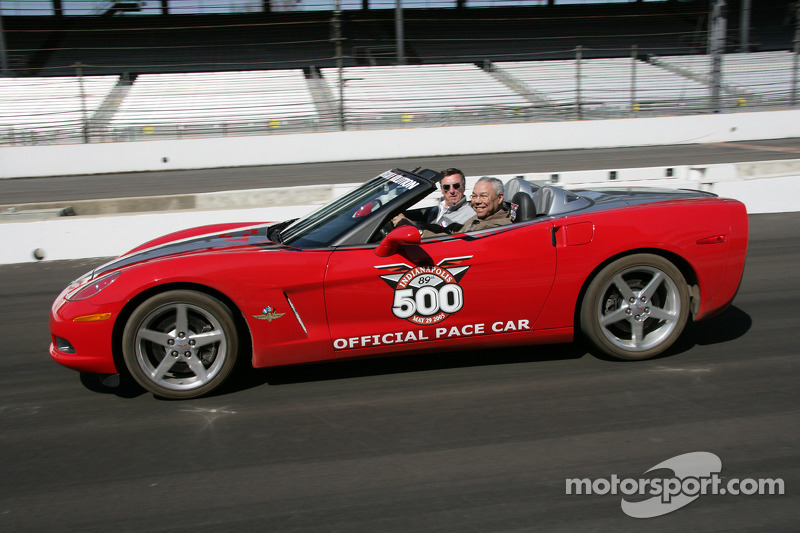 General Colin Powell gets instruction from Johnny Rutherford in 2005. 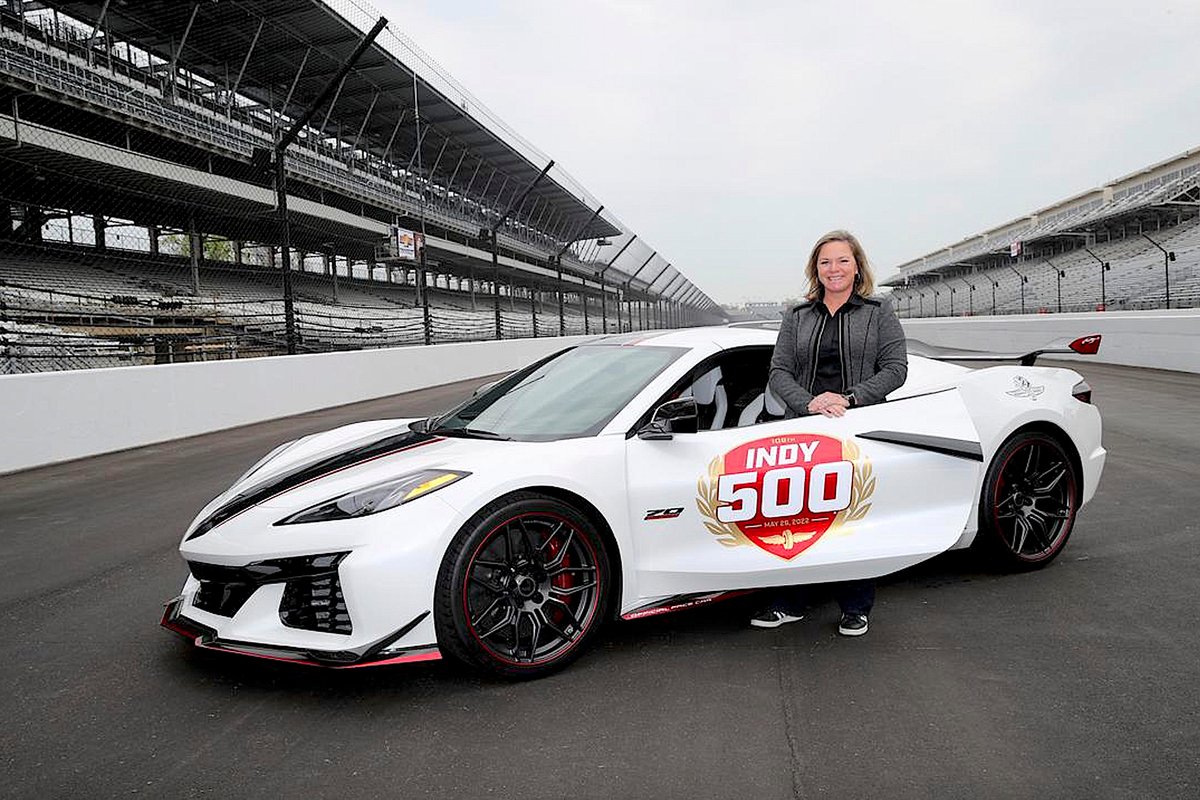 Racing father and son Jan and Kevin Magnussen are to team up again in next month’s Rolex 24 Hours at Daytona in a Porsche 911 GT3 R in the GT Daytona class.