Formula 1 and IndyCar are both considered to be premier single-seater series, with huge fan bases and drivers clamoring to compete within it.

By:
Anna Duxbury
Listen to this article

The two series, however, are run very differently. While F1 has always been the pinnacle of engineering excellence with a big focus on design and development, IndyCar has prioritized an equal playing field with much lower budgets.

By looking at the key differences, and what each series does better than the other it is possible to appreciate the richness of top-level open-wheel racing. 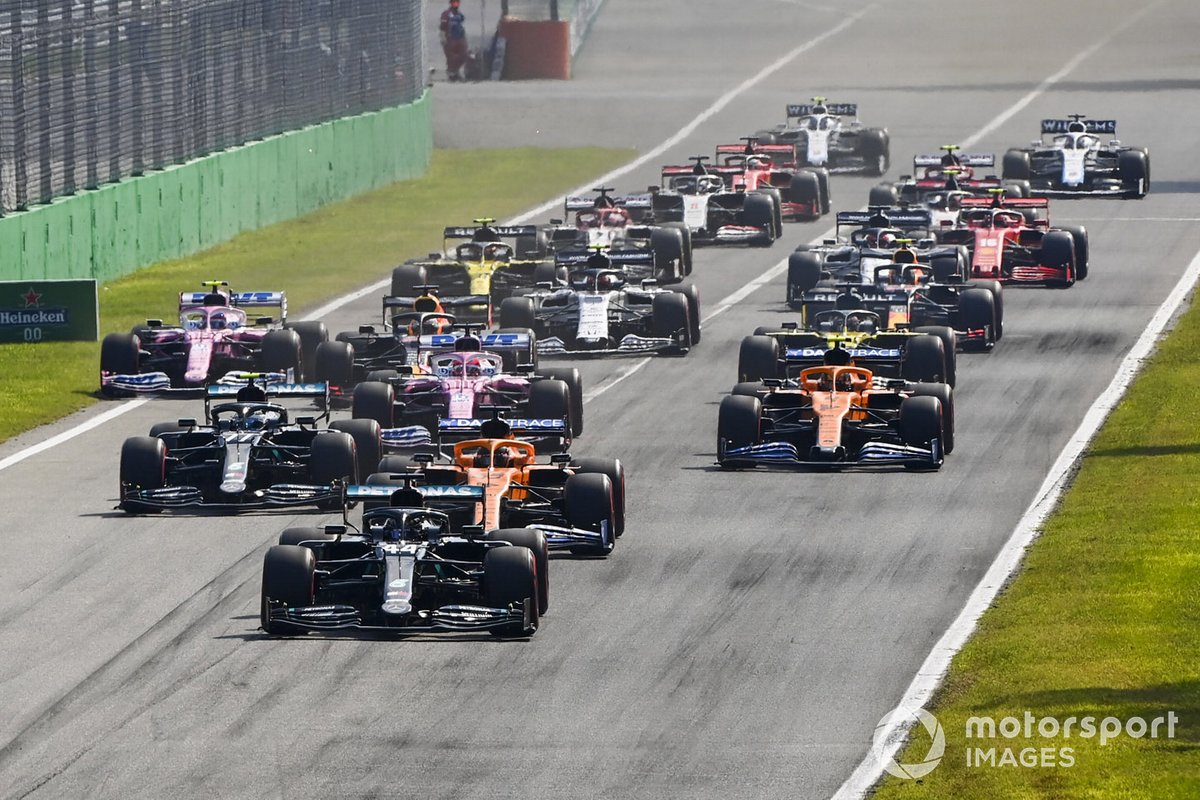 Does F1 or IndyCar have the highest top speeds?

The top speeds reached by IndyCar machinery is approximately 240mph on oval superspeedway tracks from twin-turbocharged 2.2-litre V6 engines whereas for an F1 car on a road course it is usually around 205mph from turbocharged 1.6-litre V6 hybrid engines – although in 2019 both Sebastian Vettel and Sergio Perez managed to hit 223.5mph at Monza (the lowest-downforce track on the schedule) and Mexico City (where the air is less dense at altitude) respectively. F1's lower top speeds can be accounted for by the prioritizing of downforce and cornering speeds in its regulations.

However, IndyCar's superior straight line speed does not directly equate to its cars being faster over an entire road course lap. Compared to IndyCars, F1 cars accelerate up to speed quicker and gain huge amounts of time in the corners due to having much more downforce. In 2019, IndyCar raced at the US Grand Prix venue the Circuit of the Americas, allowing for direct comparisons for the first time. Will Power took pole with a 1m46.017s lap, averaging 115mph. Almost nine months later at the US GP, Valtteri Bottas did it with a 1m32.029s, 14 seconds quicker and averaging 133.5mph.

With such differing approaches to motorsport, it is not really representative to just look at the series speed. IndyCar has a big emphasis on creating a level playing field with all teams using the same Dallara chassis and the choice between Honda and Chevrolet engines. By comparison, F1 currently has four engine manufacturers and every team develops their own cars and parts. As such the competitiveness of the cars varies widely from the front to the back of the grid and budgets spiral in the battle for points. 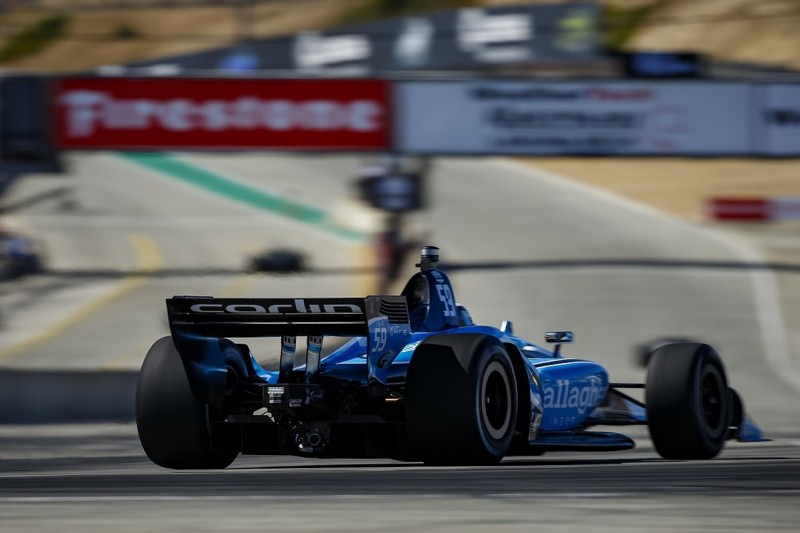 How much horsepower do IndyCar and F1 cars have?

IndyCar machinery have between 600 and 750hp to play with, depending on turbo boost. On the other hand, F1 engine manufacturers tend to be quite reticent as to the details of how powerful its machinery currently is. In 2019 Renault announced that it had hit 1000bhp, combined from the internal combustion engine and hybrid systems, and it is believed that Ferrari, Honda and Mercedes have also reached that magic number.

What assists are available in F1 and IndyCar?

Since 2011, F1 has used DRS in an attempt to negate the aerodynamic disadvantage of running closely behind another car and encourage overtaking. The system works by allowing cars that are within one second of the car in front to lift a section of the rear wing on designated straights to create an opening improving aerodynamic efficiency and allowing the car to run as it would without the disadvantage of the dirty air.

IndyCar introduced its push-to-pass system in 2009 to help increase the amount of overtaking. Controlled by a button on the steering wheel, drivers can temporarily increase the engine power by approximately an extra 50hp. In 2017 the rules changed, giving each driver up to 200sec of extra power over the course of the race rather than an allotted number of uses, allowing drivers to back out of failed overtaking maneuvers without wasting extra seconds of boost and deploy that time at a later opportunity.

On superspeedways, IndyCar's BorgWarner turbos are set to run at 1.3-bar, but at the Indy 500, on Fast Friday and Qualifying weekend, this is increased to 1.5-bar, producing approximately 90hp more. 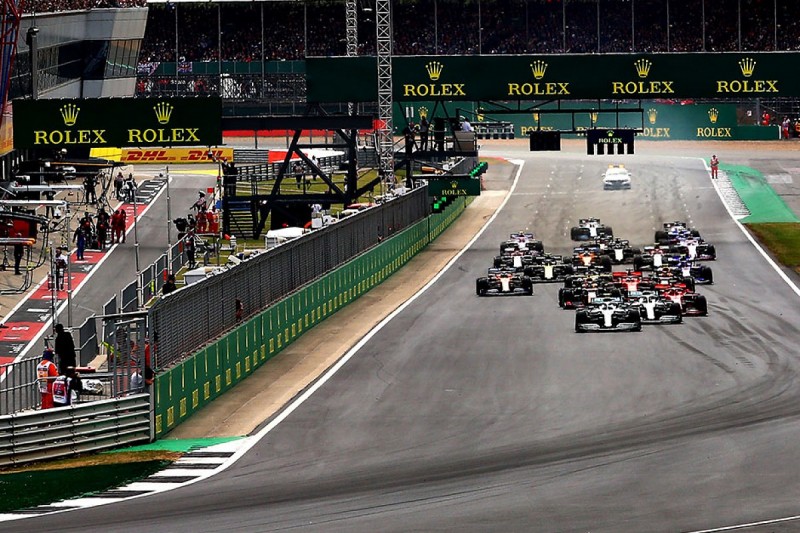 How do F1 and IndyCar's audience size compare?

As essentially a national series, IndyCar's TV viewership is much lower than the global F1 World Championship. In 2019 IndyCar achieved an average audience of 5.45 million viewers per race across all of NBC's affiliated channels, the official broadcaster of the series. By comparison F1's average audience for last year was 91.5 million globally, with the highest cumulative audience for the year since 2012. However both series' viewership went up by 9% versus the figures for 2018.

What's the difference between IndyCar and F1's qualifying formats?

For all F1 races qualifying is split into three sections known as Q1, Q2 and Q3. All the drivers compete in the 18-minute long Q1 session, with the five who set the slowest times dropping out after this point. The remaining 15 battle to set one of the top 10 fastest times to get into Q1. In the final qualifying session, the drivers are competing to set the fastest time in order to get as close to the front of the grid as possible for Sunday's race.

IndyCar qualifying depends very much upon the type of event. For oval races, drivers go out one at a time, with the average of their two timed runs making up their qualifying time. However, for oval double-headers, the two-lap runs see the first lap setting the grid for Race 1, the second lap the grid for Race 2. For the Indy 500, qualifying is split into three days, with everyone setting a time from the average of four laps on the first day. Those who are in the top nine go on to repeat the process in the Fast Nine Shootout, and those below 30th in the Last Row Shootout to decide the final grid.

For road and street courses, the drivers go out in groups and results are decided on their best lap. The field is split into two for the first segment with the six fastest drivers from each going through into the next segment of qualifying, and the rest making up the positions of 13th and downwards. The fastest 12 then have ten minutes to set a lap with the fastest six going on into the Firestone Fast Six shootout while the remaining drivers slot into 12th to seventh on the grid. The final six then have a shootout for pole position. 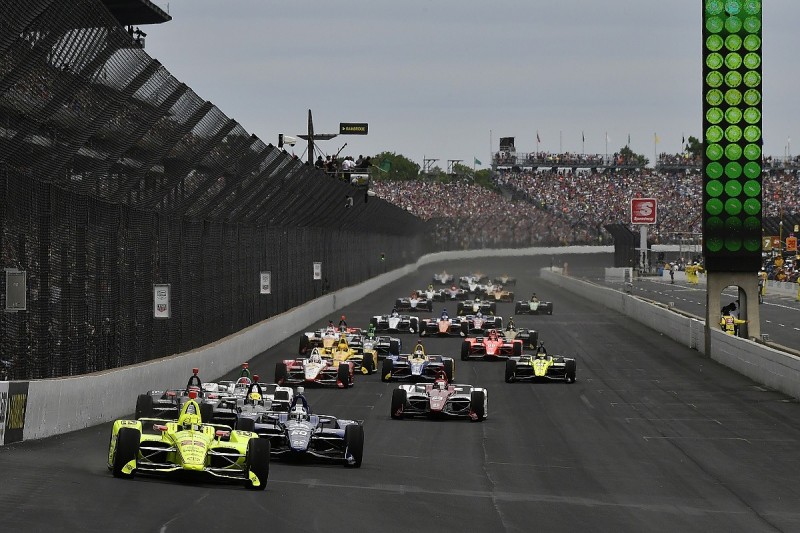 What are the differences between IndyCar and F1's race formats?

For F1, the race finishes when a 189.5-mile distance raced is reached. This usually takes approximately an hour and a half but there is also a two-hour limit set on each race in case of bad weather or lengthy safety car periods. For IndyCar, it's slightly more complicated. On oval races, there is no time limit and all races run to distance, whereas for road and street course events there is usually a two-hour time limit if the race distance cannot be reached - although there is a provision in the regulations that allows IndyCar to change the time limit if they deem it necessary. That said, most last around an hour and three quarters when run uninterrupted.

One of the biggest differences between F1 and IndyCar is the locations of their races. While the only time IndyCar left the US in 2019 was to venture across the northern border to Toronto, F1 travels across Asia, Europe and North and South America from Australia in mid-March to Abu Dhabi in late November/early December. Globe-trotting F1 has a longer season as a result, both in terms of number of races and length in calendar months.

IndyCar also still has refueling as a component of its races, something that has been banned in F1 since 2010. F1 mechanics now change the cars tires in around two and a half seconds, while IndyCar pit crews change the tires and fill the tank up with approximately 84 liters of fuel in under ten seconds.

What's the difference between F1's and IndyCar's points systems?

In F1 points are awarded to the top 10 finishers, with 25, 18 and 15 points given respectively to the top three drivers, down to one point for the 10th placed driver. IndyCar however is much more generous when it comes to handing out points, with the winner receiving 50 points and second and third 40 and 35, with points handed out to finishers all the way down the field, with those placing below 25th to 33rd receiving 5 points each. The points are doubled for the Indy 500, as well as first to ninth receiving points for qualifying for the Indy 500.

While F1 has recently introduced a bonus point for the driver who has set the fastest lap of the race (so long as they finish in the top 10), IndyCar again goes further in rewarding its drivers, with a bonus point for pole and leading at least one lap, as well as two points for the most laps led.

In F1 each team will also receive points in the same structure according to where their drivers finish (excluding the bonus fastest lap point). In IndyCar racing, it is engine manufacturers' Honda and Chevrolet who are battling it out, again receiving the same amount of points as their highest placed two drivers. Additionally the race-winning manufacturer is awarded an extra five points, and one extra point goes to the manufacturer on pole.

This differs slightly for the Indy 500, where two points go to the manufacturer on pole and one to that which is fastest in the first day of qualifying. Manufacturers of engines that meet the 2,000 mile threshold are eligible to a bonus equal to the number of manufacturer points scored during the race. 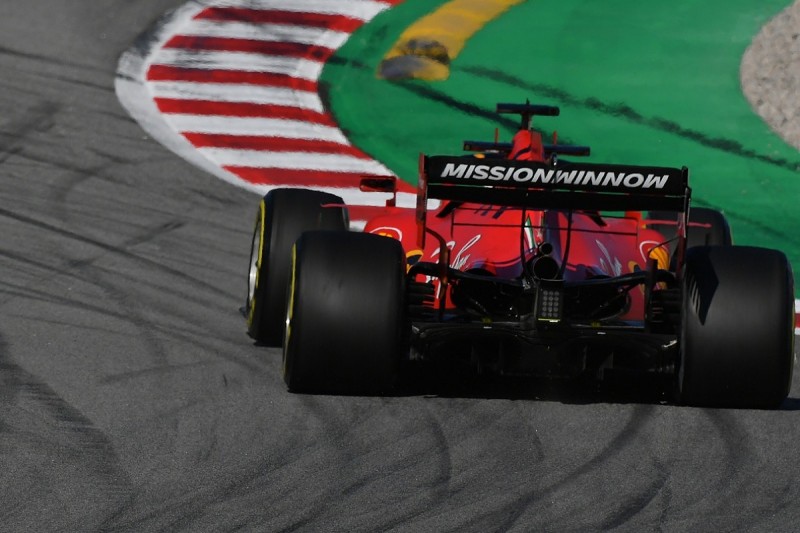 McLaughlin on Mid-Ohio win: “It’s about having the belief”