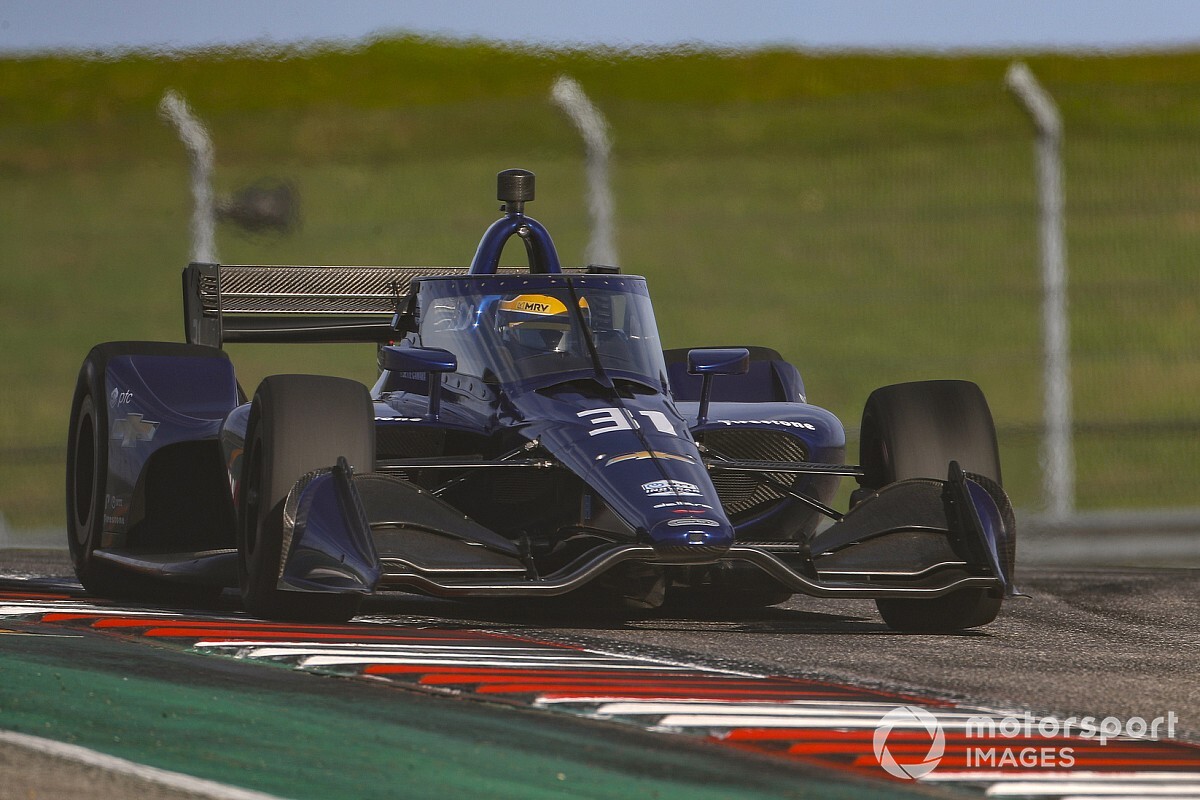 Carlin-Chevrolet is ready to run a Formula 2 driver in the NTT IndyCar Series, should U.S. open-wheel racing restart before the European scene.

Carlin has one spare seat for the road- and street-course rounds of the IndyCar Series, which is currently scheduled to emerge from the coronavirus-enforced hiatus at the Texas Motor Speedway oval in early June.

The classic Road America road course is provisionally down to host its IndyCar round on 21 June, two weeks before the Austrian Grand Prix, which F1 bosses are hoping will kick off their season on 5 July.

With the FIA Formula 2 and Formula 3 championships both consisting mainly of support events at the European grands prix, they are both reliant upon when F1 can get going again.

Carlin boss Trevor Carlin has Max Chilton on board for the road and street circuits plus the Indy 500, with Conor Daly filling the seat of that #59 machine for the remaining ovals.

Meanwhile Felipe Nasr, the 2018 IMSA WeatherTech SportsCar champion who also won the 2011 British F3 crown with Carlin, was set to make his IndyCar debut in the sister car at the St Petersburg season-opener until that was called off at the last minute.

Team boss Trevor Carlin, talking to Autosport magazine for a feature story on how the team is weathering the coronavirus crisis, said: “We were in a situation where we only had one full-time entry guaranteed for Max in the Gallagher[-sponsored] car – the second car was up in the air even before this happened.

“What we’re contemplating is if, for instance, the USA racing started before Europe, maybe there’ll be some European-based drivers interested in doing the odd road or street-course race in an IndyCar.

“What happens with Felipe going forward I don’t know, but if somebody from F2 that was allowed to wanted to do it, and could find a way of getting the funding – plus of course getting the driver to the States! – we’ve got two cars ready to go. One of them’s fully funded and sorted, the other one is sitting there all dressed up to go – it just needs some stickers and a driver.”

Carlin’s F2 drivers for 2020 are Red Bull Juniors Yuki Tsunoda and Jehan Daruvala. With Tsunoda being a Honda protege, and Carlin running engines from HPD’s IndyCar rival Chevrolet, that appears to put India’s Daruvala in the catbird seat for landing such a drive.

Pieter Belmans, who looks after Daruvala for the WinWay management and coaching company, did not rule out a cameo ride in IndyCar.

“We’ve obviously looked at all the possible routes over the winter – what the best path for Jehan is – and IndyCar is something we’ve considered,” said Belmans. “But we’ve opted to pursue the F2 route with the target of doing the utmost to achieve his goal, which is F1.

“Red Bull saw what he did last year in FIA F3, which was good, and he was still in the championship fight going into Sochi [the final round]. We’ve signed him for the right team in F2, and the goal is to stick it on pole and try to win some races and be in the hunt for the championship.

“We’re still waiting for the F1 and F2 organisers to come up with what we’re going to do if things come back to normal, and that’s a little bit blurry before we even get info on how F2 is going to fit into that schedule. If IndyCar goes racing soon and F2 doesn’t, then it might be an option, but I’m just saying it might.”