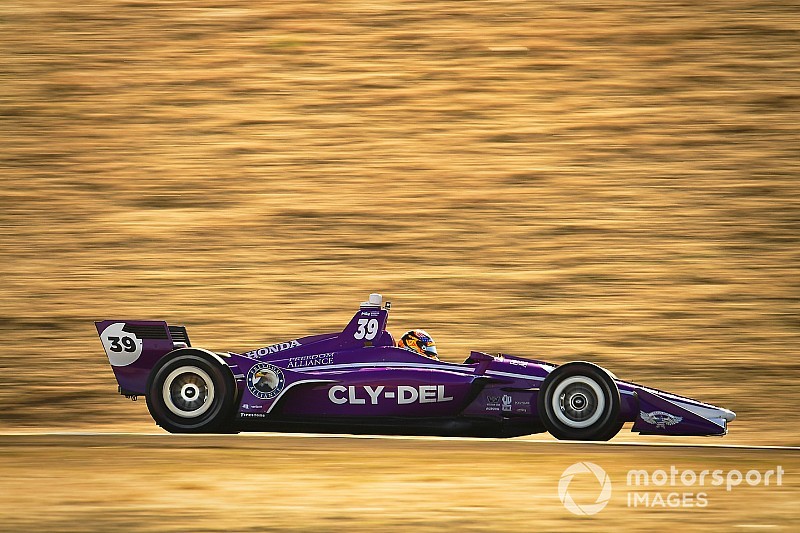 Santino Ferrucci will partner Sebastien Bourdais at Dale Coyne Racing next year, in the American's first full season in the IndyCar Series.

The former F2 and GP3 racer made four starts with Coyne this season, and the 20-year-old from Connecticut, and was unlucky not to score a Top 10 finish at Portland.

Confirmation of his full-time IndyCar move came via Wasserman Media Group, which has signed Ferrucci to a driver representation agreement.

“I like what I see in Santino, both as a young driving talent and as a marketable brand,” said Brad Lusky, executive VP of the Wasserman Group in Carlsbad. “The Wasserman team has a lot of experience in motorsport and I’m excited to see what Santino can do as a young gun in the IndyCar Series next season.”

Mickey Ryan, manager of motorsports for the Wasserman Group added: “Santino is a hard-working driver and he returns to America with boundless experience in a racecar and with a real technical engineering mindset, which will only help accelerate his learning curve in an IndyCar.

“In my opinion, Santino is exactly the kind of talent and personality that the IndyCar Series needs right now and I’m excited to watch him grow into the next great American champion.”

“I am honored to be chosen to be a part of the Wasserman team and I’m really looking forward to this branding and marketing partnership,” said Ferrucci, who will pilot the #19 Dale Coyne Racing-Honda, sponsored by Cly-Del.

“As a young driver it’s important to have a trusted group of people all pulling in the same direction and to have the Wasserman Group helping me with sponsors and working to market my brand is a good feeling.

“The 2019 season can’t get here fast enough. I’ve said it before, I’m extremely grateful to Dale and everyone at Dale Coyne Racing for believing in me and for giving me this opportunity to race a full season in the IndyCar Series.

While Ferrucci has yet to race on an oval, he did get the opportunity to run on his first oval last month when he completed his rookie orientation at Texas Motor Speedway during a private team test.

Said Coyne: “We were very happy with Santino’s performances this season in the races he did with us. He showed a lot of maturity and the desire to learn and to keep improving. Had it not been for some unfortunate luck at Portland and again at Sonoma, he could have picked up even better results than he did.

"We’re very excited to have him back full-time in 2019 and seeing how he continues to grow and perform throughout the season.”

Pietro Fittipaldi, one of the other contenders for the Coyne seat alongside Bourdais, recently signed to be test and reserve driver for the Haas Formula 1 team.