Santino Ferrucci will return to IndyCar for the two final races of the 2018 season, as Dale Coyne Racing expands to a three-car line-up.

Ferrucci, 20, made his series debut earlier in the season at the Detroit double-header, and retired from his first race after a hit from Carlin driver Charlie Kimball.

He made the chequered flag on his second attempt but had clashed with Ed Carpenter Racing's Spencer Pigot en route to 20th, with Pigot accusing Ferrucci of a lack of respect after the race.

The American, who is a development driver for the Haas Formula 1 team, was racing full-time in F1 feeder series Formula 2 this year, before that campaign came to an end in controversial circumstances.

He was handed a two-round ban for colliding with Trident teammate and fellow Haas junior Arjun Maini on the cooldown lap after a race at Silverstone, and was subsequently dropped by the Italian F2 outfit.

Ferrucci will drive the DCR-run and Honda-powered #39 entry at Portland and Sonoma.

“I truly enjoyed my time with Dale Coyne Racing in Detroit earlier this season and I couldn’t be more excited to be back with them for a couple more races as I look to the future and enter the next chapter of my career,” he said.

Ferrucci had made his Detroit debut as replacement for the injured Pietro Fittipaldi, but will line up alongside the Brazilian, as well as Coyne's full-season driver Sebastien Bourdais, in the two closing races of the campaign.

“We were very impressed with Santino at Detroit this year, and not just by his performance behind the wheel, but also by his professionalism and maturity outside of the race car,” Dale Coyne said.

“We’ve had lengthy discussions with Santino in the past few months and we’re excited to have him back for the final two rounds of the season.”

IndyCar is introducing a new F1-superlicence-inspired system for new drivers for 2019, and Motorsport.com understands Ferrucci would currently have difficulty obtained a full-season licence under the planned criteria. 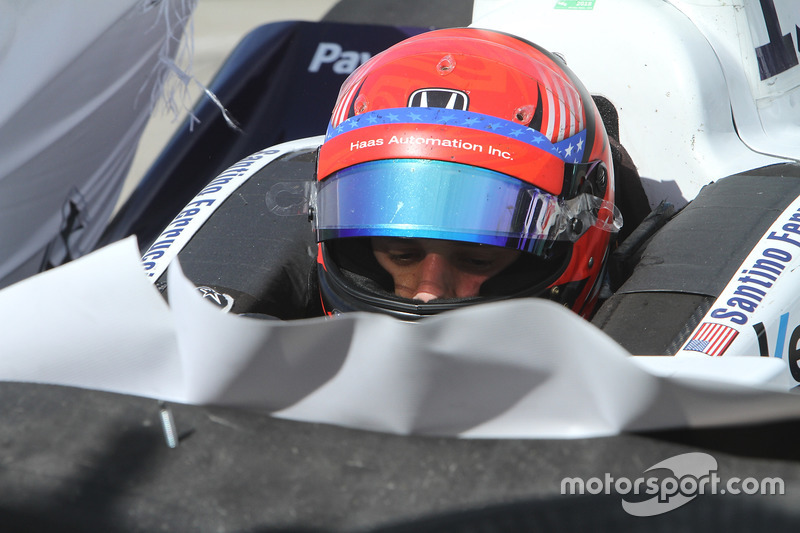