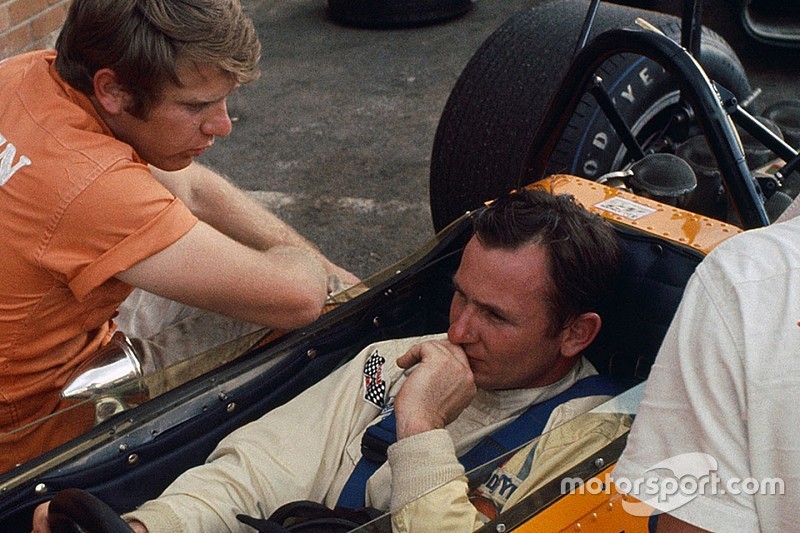 Dario Franchitti, Bruce McLaren and Eddie Cheever are on the ballot sheet for 2017’s potential inductees for the Auto Racing Hall of Fame at the Indianapolis Motor Speedway Museum.

Auto racing journalists, participants and historians will vote on a total of 16 nominees and the 2017 inductees will be announced on "Founders Day," March 20, 2017, the 108th anniversary of the day the Indianapolis Motor Speedway Company was officially formed.

Franchitti scored 31 wins , including three Indy 500s, across his 16-year Indy car career, and nailed a remarkable four series championships in a five-year span, 2007-’11. The Scot was also part of Ganassi’s winning lineup in the 2008 Rolex 24 Hours at Daytona.

1998 Indy 500 winner Eddie Cheever was also a successful team owner, scoring five of his eponymous team’s six victories in IndyCar. From Mario Andretti’s final grand prix at Las Vegas in ’82 – in which Cheever finished third – until the end of the ’89 season, he was also America’s sole representative in Formula 1 (other than a one-off season at Tyrrell by Danny Sullivan in ’83). Cheever scored a total of nine podium finishes, despite usually racing for midfield teams. He also scored 10 wins for the TWR Jaguar squad in the World Sportscar Championship and IMSA.

Bruce McLaren scored four Formula 1 wins as a driver, two Can-Am Series championships, and co-drove with New Zealand compatriot Chris Amon to conquer the 1966 24 Hours of Le Mans in 1966 in a Ford GT40.

However, it is as a designer, constructor and engineer, and founder of one of racing’s iconic marques that he is best known.  His Formula 1 team has captured eight constructors’ and 12 drivers’ championships, took 56 Can-Am wins between ’67 and ’72, and McLarens have also won Le Mans 24 Hours and the 12 Hours of Sebring.

The Auto Racing Hall of Fame at the Indianapolis Motor Speedway Museum honors and celebrates individual contribution to the sport of automobile racing. It was founded in 1952 under the auspices of the Contest Board of the American Automobile Association (AAA) and was moved to the original IMS Museum in 1962.

No aero changes for IndyCar at Phoenix