Frye: Third IndyCar manufacturer needs to commit by May 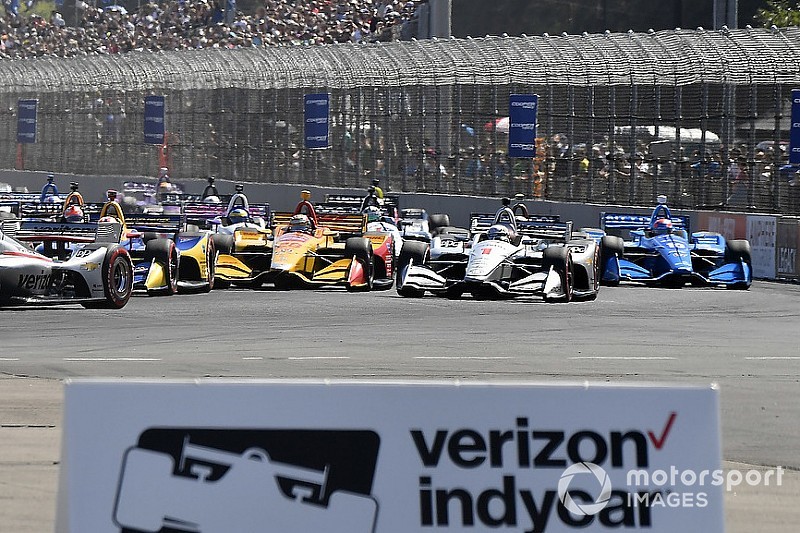 IndyCar’s president of competition and operations, Jay Frye, says that any potential new engine OEM would have to be onboard by May, for the next-gen engines to begin testing in 2020.

With the 2.4-liter twin-turbo V6s replacing the current 2.2-liter units for the start of the 2021 season, IndyCar’s current engine suppliers Chevrolet (Ilmor) and Honda (HPD) are expected to start track-testing their new engines in July 2020.

The tests will be regulated by IndyCar and a new OEM would not be allowed to start its track testing earlier than Honda and Chevrolet.

“We’re working hard on a third manufacturer,” Frye told Motorsport.com. “In fact, we have two meetings coming up in the next couple of weeks, and I’m pleased that there’s a lot of enthusiasm out there.

“But obviously, a racing program is a big commitment so we have to be patient and just present the facts and figures as they stand and the OEMs who are interested will have seen the evidence.

"They’ve seen for two or three years what we’re doing – the stable rules, the five-year and ten-year plans. They know the next engine will be used through 2026… And they’ve been able to see all year how this car races, how competitive the series is.”

Asked when any new manufacturer would have to commit to joining the series, in order to have its product testing on track by July ’20, Frye replied: “Probably by May next year… so the first quarter of 2019, I’d say.

“Obviously one of the requirements of the 2.4-liter engines is that it can bolt directly into the current car. We’ll be running the current car with the new engines in testing in 2020, and then through the 2021 season, before we switch to a new chassis in 2022.”

Frye remained tight-lipped on the identities of potential additional manufacturers, and wouldn’t confirm or deny that Fiat Chrysler Automobiles is among those still in the mix.

FCA’s former CEO Sergio Marchionne last January briefly alluded to the idea of Alfa Romeo in IndyCar, a move that appeared logical in terms of marketing in the US, where Alfa is trying to rebuild its presence with the highly-regarded Stelvio, Giulia and 4C models.

Frye also said that in light of increased testing with the new engine in 2020 (for introduction in ’21), and the new car in ’21 (for introduction in ’22), IndyCar would be trying to reduce the teams’ expenditure in the short term by imposing stricter regulations for testing next year. The initial drafts of those regs have already been circulated to the teams, and are expected to be ratified next week, before the Sonoma finale.

He stated: “We’re trying to button up testing a little bit during this offseason and next year, because we’re expecting a lot more track time in the medium term, starting with [2.4-liter] engines in the second half of ’20.

“We have a team manager meeting in October and there’s a whole list of stuff to go through, like what areas might need to change technically and procedurally in 2019, and the parts and pieces that could be introduced in 2020.

“We always have very open lines of communication by email, phone, or at the track, so by the time we have meetings, the team managers arrive having already had time to think it over and discuss it with colleagues in their respective teams.”

Why IndyCar will be Alonso's toughest triple crown test