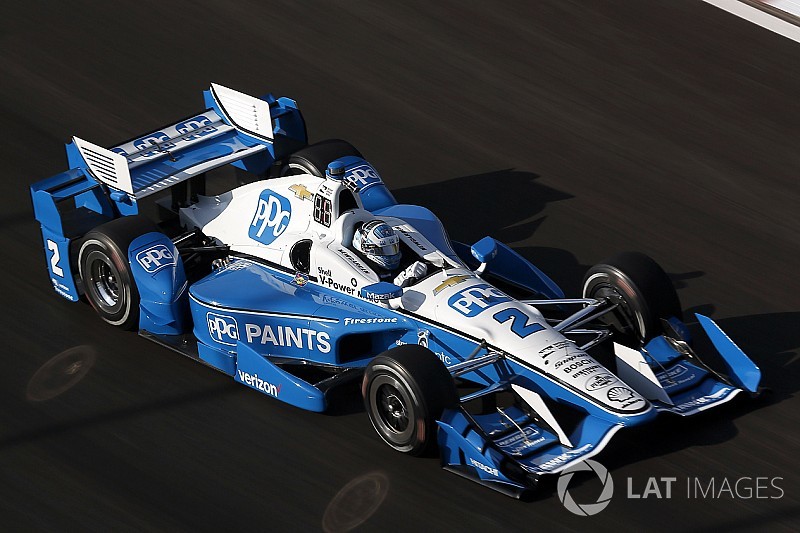 Josef Newgarden completed 61 laps in tonight’s 65-minute session at Gateway, and it was his 59th that put him at the top of the charts, but his old team boss Ed Carpenter proved there’s a challenge brewing for Penske in race trim.

The Penske-Chevrolet driver's best lap, a 184.079mph, put the championship leader just 0.6mph/0.086sec clear of Carpenter’s Ed Carpenter Racing-Chevrolet, and 0.8mph/0.1sec clear of the man who beat him to pole position, teammate Will Power.

The session had an extra five minutes added after long caution periods to clear puncture-inducing debris, including – disturbingly – three bolts.

Helio Castroneves made it three Penskes in the top four, while Honda drivers could take heart from the fifth and seventh of Andretti Autosport’s Alexander Rossi and Takuma Sato, and the sixth place from Chip Ganassi Racing’s Scott Dixon.

JR Hildebrand was eighth in the second ECR car ahead of Tony Kanaan’s Ganassi machine, and Conor Daly in the faster of the two AJ Foyt Racing-Chevys.

After overachieving in qualifying, Schmidt Peterson Motorsports’ James Hinchcliffe sank to 19th again in race trim, although he was in a happier frame of mind than teammate Sebastian Saavedra. The Colombian, who will give up his seat to Jack Harvey for the final two rounds, was troubled mid-session by a problem with his right-front wheel and was last.

The green flag for the Bommarito Automotive Group 500 presented by Valvoline will wave tomorrow at 9.45pm ET, 8.45pm local time.