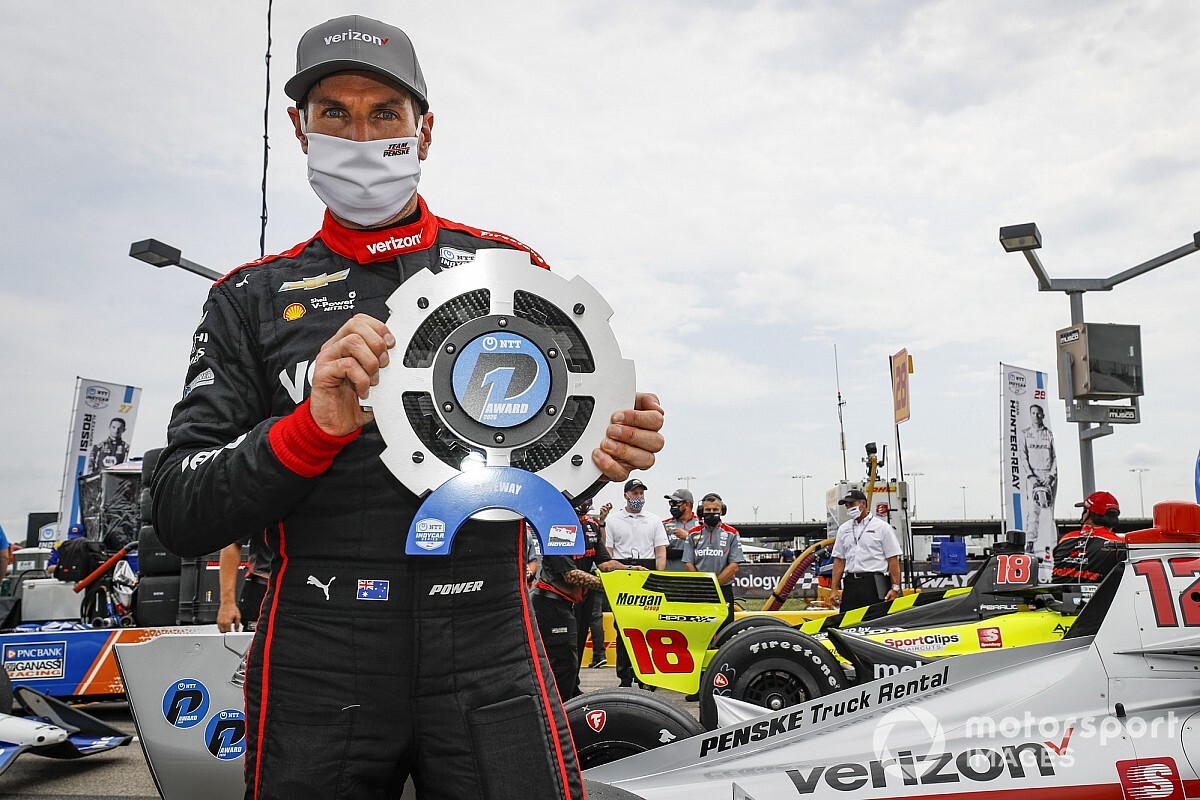 Team Penske-Chevrolet’s Will Power will lead the field to the green flag for this afternoon’s race at World Wide Technology Raceway, while last week’s Indy 500 winner Takuma Sato of Rahal Letterman Lanigan-Honda heads the grid for tomorrow’s race.

The Bommarito Automotive Group 500 – this year split into two 250-mile races – saw IndyCar again adopt the oval qualifying system whereby each car gets a two-lap run, with everyone’s first lap deciding the grid for Saturday’s race, the second deciding the grid for Sunday’s round. Parc ferme rules also apply, so the cars qualified with the same setup with which they will race.

Power, who finished yesterday’s practice in second place, showed huge confidence on his opening lap to nail the first lap in the 182mph bracket, and actually went marginally quicker on his second lap, but was surpassed in that by thousandths in teammate Josef Newgarden’s case and hundredths in Sato’s case. Nonetheless, Power has now claimed the 59th pole of his IndyCar career.

Patricio O’Ward’s Arrow McLaren SP ensured it was a Chevrolet lockout for this afternoon’s race, beating the Chip Ganassi Racing Hondas of Scott Dixon and Marcus Ericsson. Sato was marginally quicker than Newgarden who had a slightly wild moment on his first lap which resulted in sixth on the grid, but he will join Sato on the front row for tomorrow’s event.

Jack Harvey’s impressive pace in the Meyer Shank Racing-Honda continues, and he beat all his semi-teammates from Andretti Autosport to nail seventh and fifth on the grid.

After a lot of trouble in practice, Ryan Hunter-Reay did well to rebound and rebuild his confidence, but Graham Rahal who was slow yesterday is slow again today, feeling his car lacked rear grip.