All you need to know ahead of the eighth and ninth rounds of the 2020 NTT IndyCar Series – the Bommarito Automotive Group 500 at World Wide Technology Raceway, Gateway, Madison, IL.

By:
David Malsher-Lopez
Co-author:
IndyCar Series
Listen to this article

Firestone tire allotment: 14 sets for use throughout the weekend.
Cara Adams, director of race tire engineering and production at Bridgestone Americas Motorsports says: “New left-side tires feature the same construction as the 2019 Gateway tires, but we’ve updated the compound to provide more durability with slightly less grip. The compound on the right-side will be the same as last year at Gateway, but we have changed to a short-oval construction that is similar to what we made for the right-side at Phoenix in 2016 – a softer construction that allows increased driving and braking capacity.”

Leigh Diffey is the NBCSN announcer alongside analysts Townsend Bell and Paul Tracy.

For Alex Palou of Dale Coyne Racing with Team Goh, this will be a first-time visit to Gateway, period. The same is true for Meyer Shank Racing’s Jack Harvey, despite being in U.S. open-wheel since 2014. 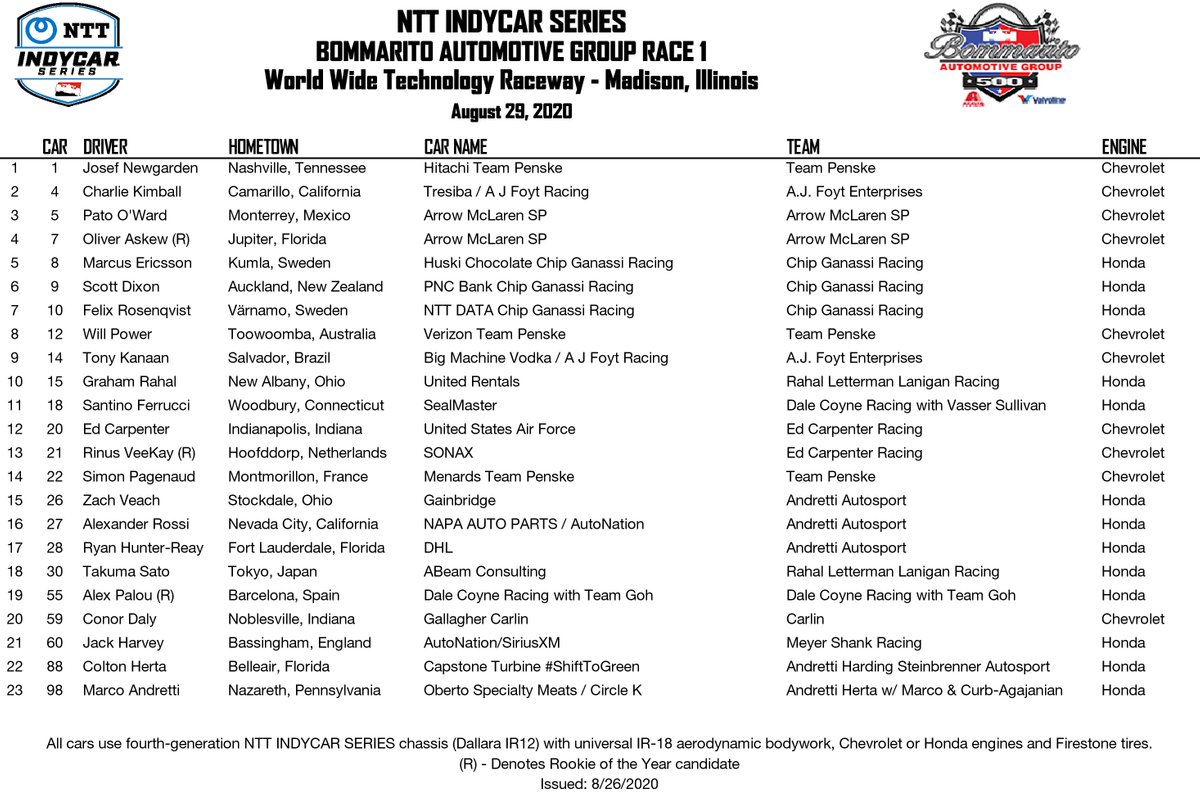 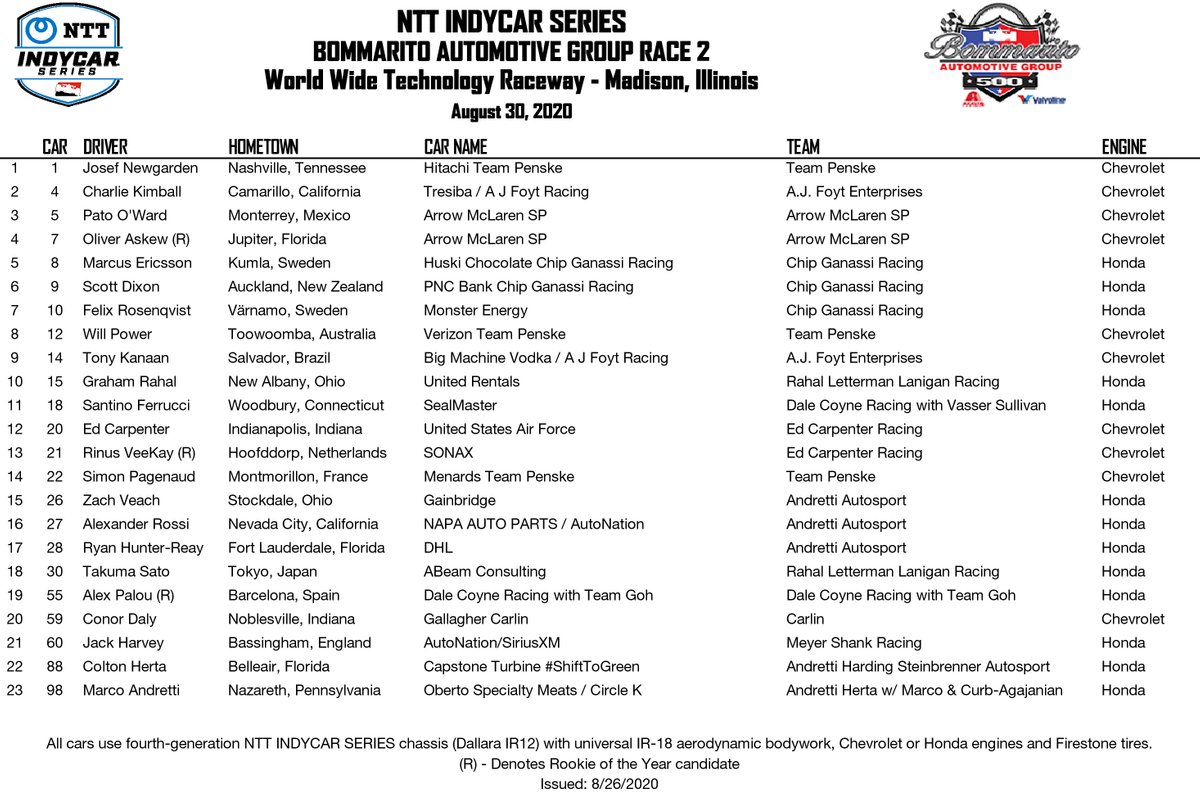