IndyCar’s qualifying system at Gateway to run as per Iowa 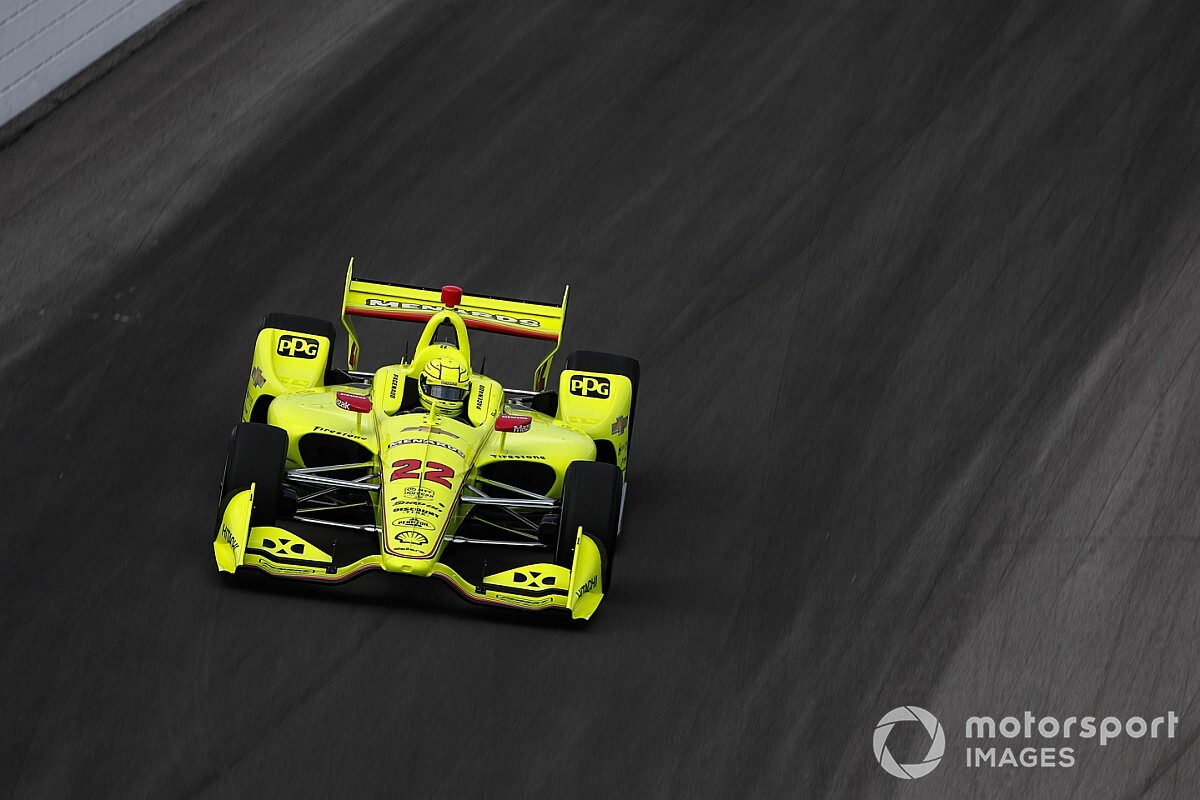 The unusual qualifying process introduced by IndyCar for its double-header at Iowa Speedway will again be adopted for its races at World Wide Technology Raceway at Gateway next month, in the Bommarito Automotive Group 500.

Aside from the Indianapolis 500, qualifying for an NTT IndyCar Series oval race sees each car run two laps, the average speed of which sets the grid. This system was most recently utilized in June’s much-delayed season-opener at Texas Motor Speedway.

However, for this month’s Iowa 250s double-header, there was a single session to set the grid for both races, with Lap 1 of each car’s run defining the grid slot for Race 1, and Lap 2 defining the line-up for Race 2. This will again be used for the final oval event on IndyCar’s calendar at Gateway, in Madison, IL, which today was confirmed as a double-header.

“The teams have to come in early because they have a set slot to be screened [for COVID-19], and so the days become very long. So we had to consider ways to make the overall weekend better for everybody… [Iowa qualifying] was fun to watch and it was easy to explain on NBCSN. And with qualifying out of the way in one session, it meant that on Saturday, the teams could come in at 11am instead of 6am.”

The down side of the system was demonstrated in extremis by Team Penske-Chevrolet’s 2016 champion Simon Pagenaud whose car failed to fire for his qualifying run, thus consigning him to the back of the field for both races rather than just one. As things transpired, however, he took home a win and a fourth place.

The venue’s CEO and owner Curtis Francois declared: “World Wide Technology Raceway has been committed to the NTT IndyCar Series since its return to our track in 2017. Our goal always has been to be a great partner with IndyCar while working with the sponsors, teams and drivers to provide a safe, yet comfortable, entertainment experience for our tremendous fans.

“Hosting two INDYCAR races in one weekend is a dream for the St. Louis racing community. Despite the unprecedented challenges we all face, it will enable us to provide a historic event for our city in a safe environment. Safe social interaction is at the core of our event and we are doing everything possible to make sure our fans have a worry-free experience.

“We appreciate the various stakeholders, especially the Bommarito Automotive Group, who have rallied together for what should be an epic weekend of racing… This is a tremendous win to recognize them for their efforts with not one, but two nationally-televised races for their dedication to motorsports. This will be the most historic event ever held at this venue.”

In line with health and safety protocols during the COVID-19 pandemic, World Wide Technology Raceway is encouraging fans to note the revised seating layout and other restrictions and conditions of entry, by logging on to www.WWTRaceway.com.