Gateway resurfaces oval ahead of August IndyCar round 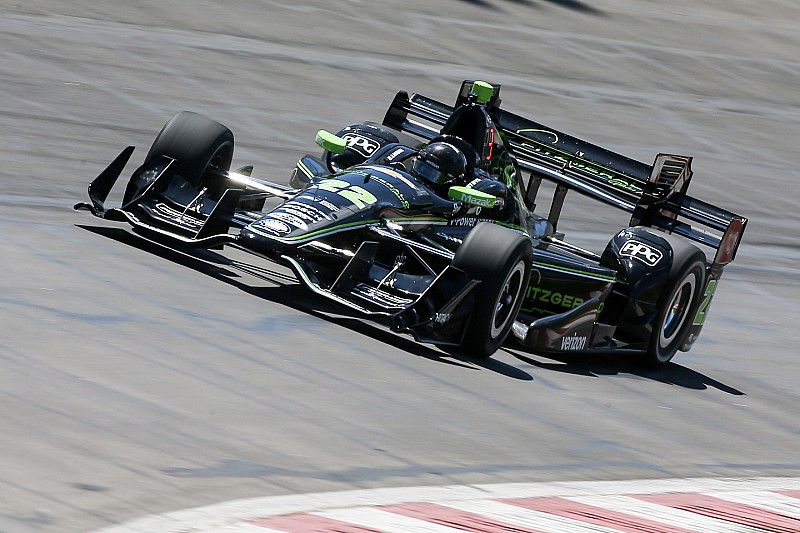 Gateway Motorsports Park in Madison, Illinois has launched a major capital improvement project that includes resurfacing its 1.25-mile oval track ahead of its IndyCar event in August.

This is the third phase of a plan implemented in 2012 to completely update and upgrade the venue, and comes ahead of the IndyCar Series’ return to the venue after a 14-year hiatus.

The primary focus of this renovation phase is to replace the track's 20-year-old asphalt, after an IndyCar test in May resulted in a number of cut tires.

“This is another major investment in not only our venue, but also in the ability of the St. Louis region to host additional major league sporting events.”

With a busy schedule of more than 300 event days per year, the optimal timing and conditions for paving placed the project in late June.

“We’ve been in conversations with the top asphalt consultants who have worked closely with IndyCar and NASCAR and their host venues," said Chris Blair, GMP's Executive Vice President and General Manager. “The asphalt blends, the polymers used and the application process were crafted specifically for Gateway and the types of racing that will take place on the track.

“All of the stakeholders in the sport, from tire companies to team owners, were included in the decision-making process. Both sanctioning bodies [NASCAR and IndyCar] fully supported the resurfacing project.”

The project began immediately following the completion of the NASCAR Camping World Truck Series event on June 17. The track will be undergo a race conditioning process used at other venues in mid-July, which will condition the track to be race-ready. The new surface will be used for an IndyCar test in early August and an Indy Lights test on August 10.

“The resurfacing has been planned for some time but we wanted to make sure the timing was right and we had the support of everyone involved in the sport,” Francois said. “We had a great NASCAR event on the old surface and we will have a great race on the new one with IndyCar on August 26.”

In addition to the new pavement, GMP also upgraded catch fences, paved a substantial part of the inside track and added an additional SAFER Barrier.

GMP also has reached a long-term agreement with the ownership group that owns the adjacent property. This additional property, slated for development of parking and a year-round campground, will triple GMP's parking capacity.

Two lots, known as the "North 40s," will be utilized at the IndyCar event as well as the upcoming AAA Insurance NHRA Midwest Nationals.

Opinion: Why IndyCar must get radical with 2018 car