Last week’s testing accident at the Mid-Ohio Sports Car Course that left Charlie Kimball with a broken bone in his hand has now left the Novo Nordisk Chip Ganassi Racing driver on the sidelines for this weekend’s IZOD Indy Car Series event at the same track.

Kimball, who broke the fifth metacarpal in his right hand after the steering wheel snapped back and impacted his hand after impact with a tire barrier, will be replaced by Giorgio Pantano for this weekend’s event. 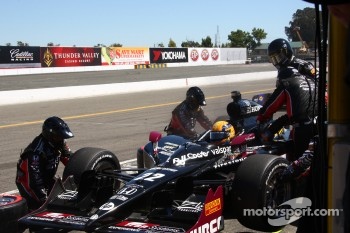 “Not having Charlie drive at Mid-Ohio is very disappointing,” said CGR Managing Director Mike Hull. “We’re fortunate to have Giorgio Pantano available to drive the #83 car at Mid-Ohio. His impressive global resume fits well with the natural terrain road track of Mid-Ohio. To have a quality driver, who has won the GP2 Championship against the best and blends into the team concept is hard to find on short notice.”

Pantano has experience in the Ganassi pressure cooker, having made two Indy Car (then IRL) starts in 2005. He made three starts with Dreyer & Reinbold in 2011 as well. Pantano has vast road-racing experience, having won six races in the FIA F3000 series that spawned Sebastien Bourdais, Justin Wilson and Juan Pablo Montoya. He drove the Jordan Formula 1 car in 2004 and won the GP2 title in 2008 over current Williams F1 driver Bruno Senna. 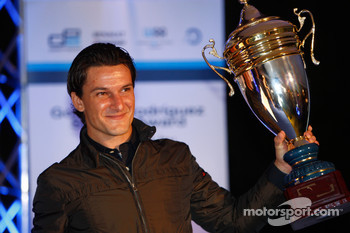 “It’s a tremendous opportunity to be rejoining Chip Ganassi Racing and the IZOD IndyCar Series this weekend at Mid-Ohio,” Pantano said. “You never want to have something happen to another driver and I wish Charlie a quick recovery. Nonetheless, the opportunity is here and I am looking forward to working with the team again and making the best of it.”