Grosjean plans to wear helmet designed by his children

Romain Grosjean plans to wear the helmet design that his children originally designed for his final Formula 1 race when he tests an IndyCar for the first time. 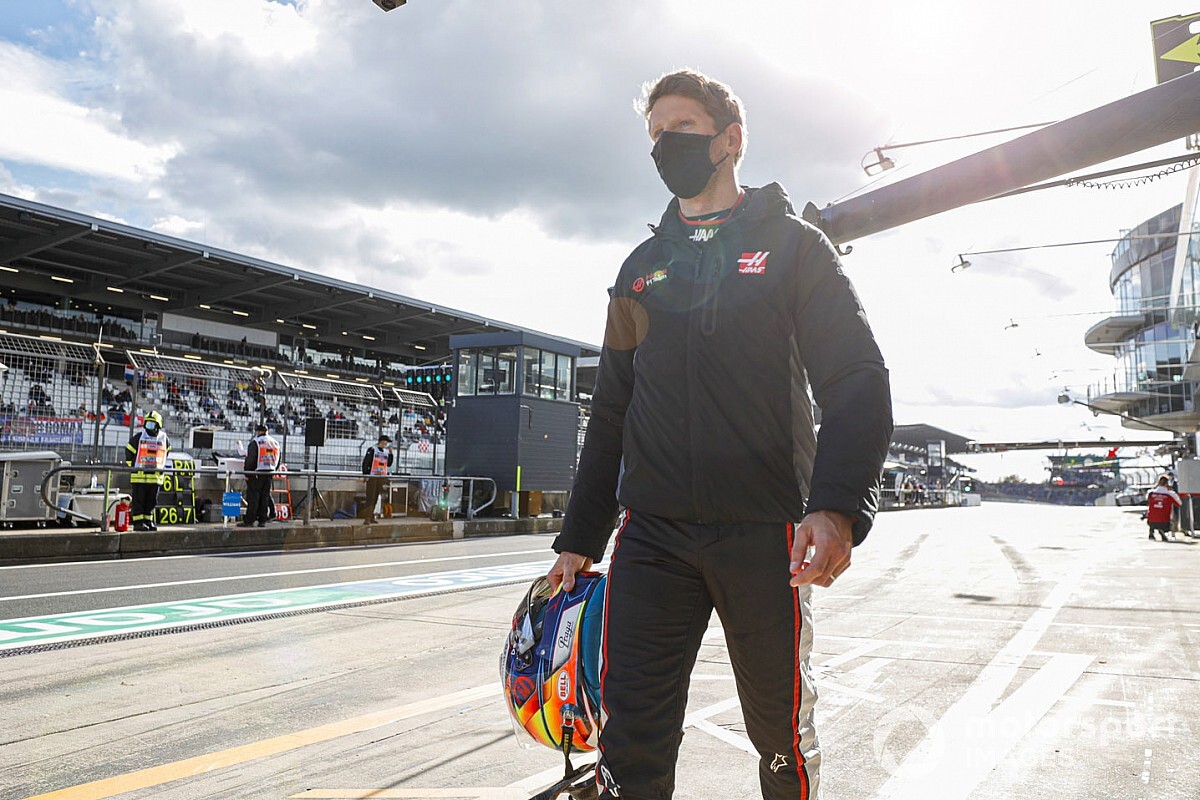 The Frenchman revealed the unique helmet over the Abu Dhabi Grand Prix weekend in the wake of him being forced out of the event because of the hand injuries he picked up in his Bahrain crash.

Grosjean’s three children came up with the colours and drawings, and the former Haas driver expressed some regret about never having got to wear it.

In a tweet at the time, Grosjean said: “This is the most beautiful helmet I could ever imagine. It was created by Sacha, Simon & Camille for my last F1 race in Abu Dhabi. I will try to give it a ride in the future as it's far too beautiful to stay at home unused!”

Speaking after confirming his 2021 racing plans in IndyCar, Grosjean explained that the helmet would now get an outing when he gets back in the cockpit – and could even be raced.

“Yes, I'm going to drive that helmet for the first test for sure, and maybe even the first race of the season,” he explained.

“I'm just updating the sponsors, hiding the Haas logo and putting the Dale Coyne logos on. But yes I'm going to race that helmet. That means a lot to me.”

Grosjean will test an IndyCar for the first time later this month, and it will be his first time back in a racing car since his fiery crash in Bahrain last November.

While his burned left hand is now close to full recovery, he says there have been no other bad side effects from the accident.

“I see life a bit different but you always tend to go back to who you were,” he explained.

“It's more like an understanding of how life goes, and how quickly it can go away. And I think I'm happy to be alive.

“I'm happy to spend time with my kids and I'm happy to be able to decide what I want to go racing. And I think that's been the big one, you know.

“When you are in F1, you really try to stay in F1, almost at any cost, and now I realise that. It was great and I wouldn't change anything in my career.

“But there's a lot to be done outside of F1 and I'm more than ready for it.”