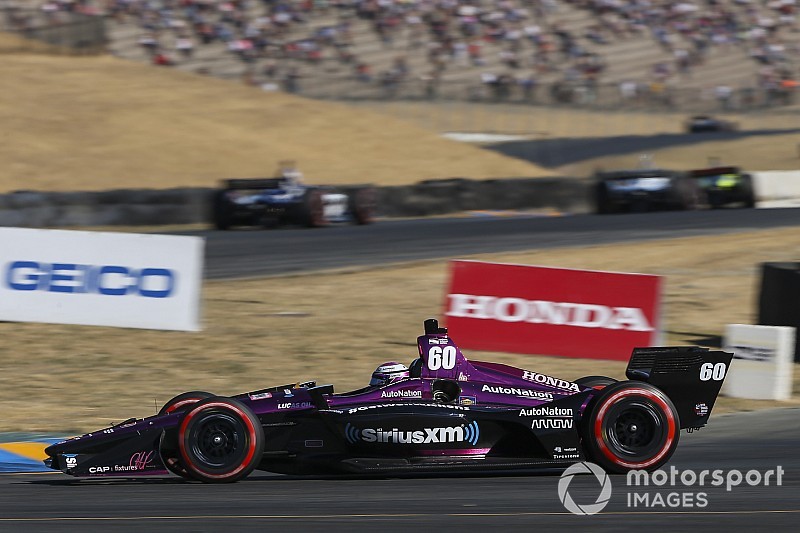 Meyer Shank Racing has signed Jack Harvey for an expanded IndyCar campaign to include the Indy 500 and all road and street courses bar Detroit and Toronto.

The team, which will continue its alliance with Arrow Schmidt Peterson Motorsports, will thus compete in the first six races of the year – St. Petersburg, Circuit of The Americas, Barber Motorsports Park, Long Beach, the Indianapolis Grand Prix and the Indy 500.

There will be just one race in June for the Harvey-MSR combo, at Road America, before the team returns for its home race at Mid-Ohio, and then rounds out the season at Portland and WeatherTech Raceway Laguna Seca.

“We are extremely excited to be extending our program,” said Harvey, a two-time runner-up in the Indy Lights championship and a former British Formula 3 champion. “That has always been the goal for 2019 and it is amazing to achieve that and continue to grow what we are doing.

“I have to thank Michael [Shank, team co-owner]; he has put in an immense amount of work, and of course thanks to Jim Meyer [CEO of SiriusXM] for his continued support. Without either of those guys, in their own way, I wouldn’t have received the opportunity I have today.

“We also wouldn’t be able to do any of this without our partners, AutoNation and SiriusXM. We are incredibly lucky to have two companies that believe in us and the vision of the team.”

“I believe in the team and in myself to do what we have to do.”

“I am really excited to see the way this program has grown over the past season,” said Shank. “Starting off with only six races is not easy, but Jack did a great job and really hung in there. With ten races, Jack will have much more seat time and it will help us all around."

Added Meyer: "Jack turned a lot of heads with his performance in last year’s Indy 500 and we are excited to see what he and the MSR team will do on the track for ten races this season.”

Power boost for IndyCar at Iowa and Gateway