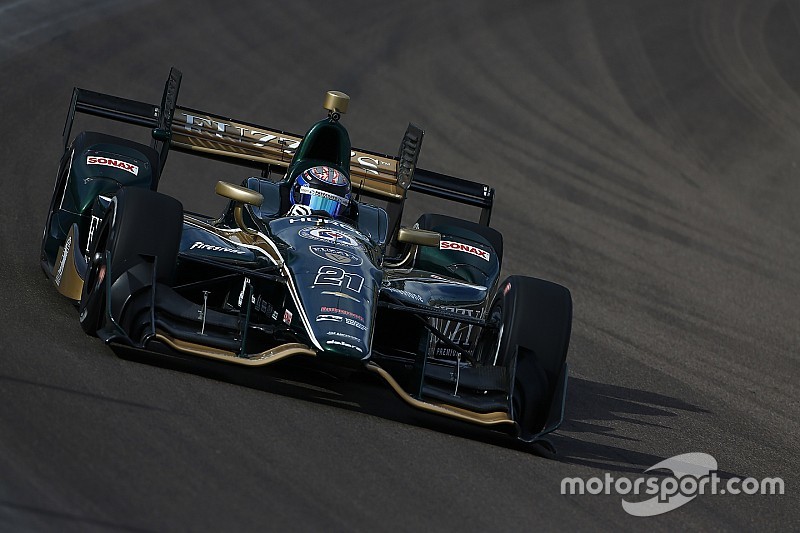 JR Hildebrand lapped Phoenix International Raceway at 193.234mph to set the fastest time ever at PIR, although because it wasn’t set in an official session, it won’t be recognized in the IndyCar record books.

The Ed Carpenter Racing-Chevrolet driver, who is returning to fulltime IndyCar competition for the first time in four years, got a tow in order to set his time, but even his no-tow speed of 192.844mph narrowly eclipsed Helio Castroneves’ record pole last year.

First of the Hondas was Mikhail Aleshin in the Schmidt Peterson Motorsports #7, on a 191.079mph (without the aid of a tow) followed by Tony Kanaan in the fastest of the Chip Ganassi Racing quartet.

Defending champion Simon Pagenaud was eighth for Penske, with Sebastien Bourdais planting Dale Coyne Racing-Honda in ninth. James Hinchcliffe was 10th in the second SPM-Honda, with Scott Dixon’s Ganassi entry 11th and last of the cars above the 190mph barrier.