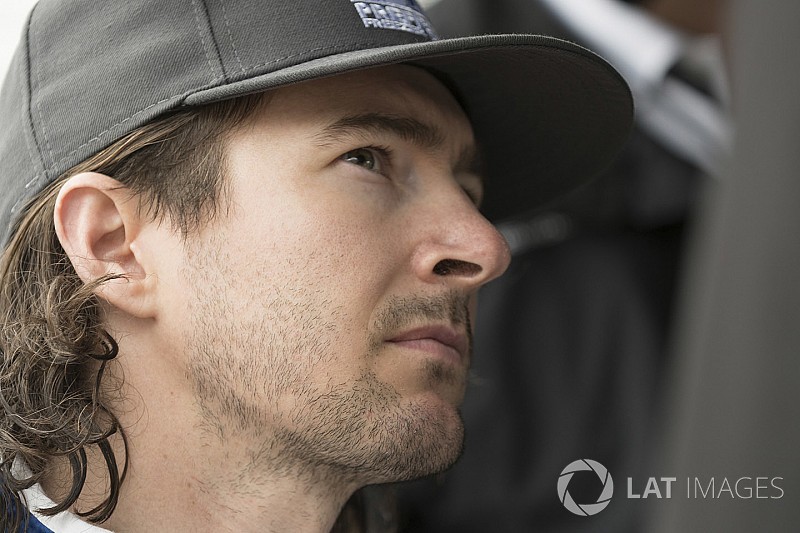 Hildebrand, who lost his full-time Ed Carpenter Racing-Chevrolet ride to Spencer Pigot over the off-season, will drive the #66 DRR-Chevrolet sponsored by Salesforce trying to qualify for his eighth Indianapolis 500.

However, the 2011 Indy runner-up is expected to face opposition from up to 35 other drivers, as they compete for 33 places on the grid, and the Sausalito, CA-born 30-year-old is expecting that to ramp up the pressure.

“Any time you see car count going up, it's always a reflection of the sport kind of trending in the right direction. Indianapolis is obviously sort of a whole entity, the Speedway, the 500, a whole entity all itself in a lot of ways. [But] I… certainly get the feeling being a part of it, being a part of the series, that it's trending the right way. I'm looking forward to it a little bit – as if qualifying isn't stressful enough – extra tension built in, which ought to be fun. You can always feel that in the air on Pole Day. We'll see how it all shakes out.”

Hildebrand, who as 2009 Indy Lights champion made his debut with DRR back in 2010, then spent two-and-a-half seasons at the now defunct Panther Racing, then part-time at ECR before launching a full-time return with Carpenter’s squad last year. He scored a third place at Phoenix and second at Iowa.

“We've obviously been in the same Chevy camp over the last few years out at Indy,” he said. “We were always really impressed with the speed and performance of the guys at Dreyer. When I started working on getting this year figured out, it was an obvious phone call to make from my side.”

Regarding his teammate Sage Karam, a regular DRR competitor, Hildebrand added: “The month continues to get condensed a little bit in terms of the track time on the ovals. I think it will be really valuable to have him out there, having worked with the team and knowing what the car has been like, what their car has been like over the last few seasons.

“Obviously, I know from a competitor's perspective how good they've been and how competitive he's been. It's really just great for me to have him around as a sort of benchmark, you know, for where the car is at. I don't see any reason why we can't start to click and really start to move the thing forward.

“Given how good Dreyer has been, how good this program has been, just as a single-car organization over the last few years, my expectation is that bringing in an extra car, we can kind of continue to elevate the performance of the group as a whole.”

He said: “Right now we're scheduled to run May 1st with Sage on the Refresher day. We've asked and requested to also try to put JR in a car at some point in time just to get a shakedown.

“I know everything is short in terms of parts and spares, but it's a brand-new car. Our two cars are brand-new cars, so we want to try to do anything we can to prepare and shake those down before we open up for practice. We put in the proper request to different people at Chevy as well as IMS. We're trying not to push or burden them or whatever, but we would like to try to test the car.”

The IMS testing schedule can be found here.