Hinchcliffe bumping from Indy 500 is "sad" and "great" for IndyCar 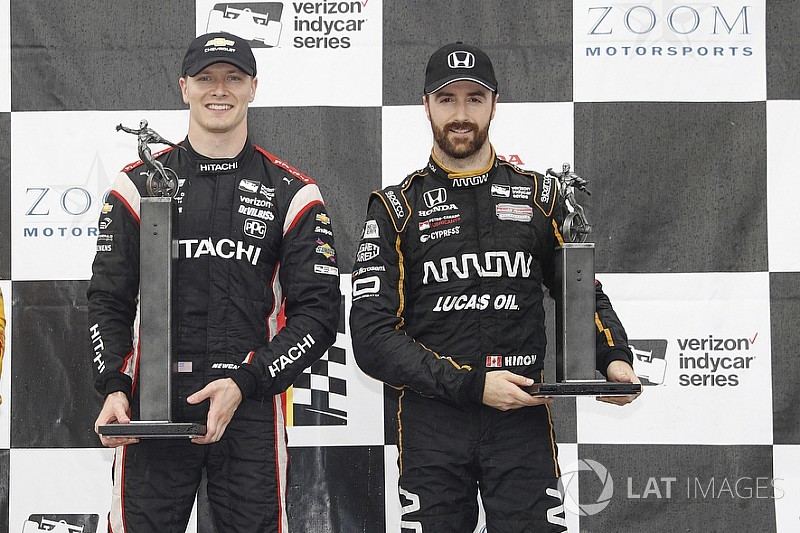 Penske’s Josef Newgarden says that James Hinchcliffe’s bumping from the 2018 Indianapolis 500 is a “great" and "sad" story for IndyCar.

Schmidt Peterson Motorsports’s Hinchcliffe dramatically failed to qualify for the Indy 500 late after a troubled second run before he ran out of time for a third attempt.

SPM then looked into buying Hinchcliffe into another ride, with the Canadian fifth in the IndyCar standings ahead of the double-points Indy 500.

It called off the search earlier this week and prompted debate as to whether full-time drivers should be protected over one-off entries now that bumping has truly returned.

Newgarden said he was enjoying the fact that he is in the background compared to the attention given to the likes of Hinchcliffe, Helio Castroneves's attempt for a fourth Indy 500 win and Danica Patrick's final career race.

“It's been great, we've [IndyCar] had awesome publicity. It's great to have Danica back.

“This is where she started everything, so why not finish it here? She's done a really nice job, too, this month, and then everyone knows Helio's story.

“It's been building for the last couple years, but we're all hoping he kind of gets the fourth.  I want to win, but I also kind of want to see Helio get his fourth.  And then you have other great stories that are sad. Hinch[cliffe] not making it is a great story for IndyCar.

“It's a sad story, but it kind of highlights the difficulty of this race and what can go right and also what can go wrong.”

On his podcast, Hinchcliffe suggested that the Indy 500 should no longer be a double-points race, an assessment Newgarden agrees believes is valid.

“Well, I'm not surprised to hear that sort of a thought process,” he said. “I would want that, too, if I were Hinch right now. If we make it no points, that works. I don't disagree with him, I think double points has been maybe not the way to go here.

“Double points has shown the significance of the 500 and that it's a big race and you've got to bring your A game here.  It means more.   But I think regular points here was fine. I'd probably prefer to go back to that. If it was up to me, I'd go back to regular points.

“I don't think it's a deal breaker that it's double points, just it can be a little bit of a hit in your championship, but it's not been crazy.

“It's not like they're giving you three or four races with double points. That would be aggressive. But if we were to go back to something with regular points, I think that's what would make the most sense.”

Morgan-McClure will not renew Lepage for 2002