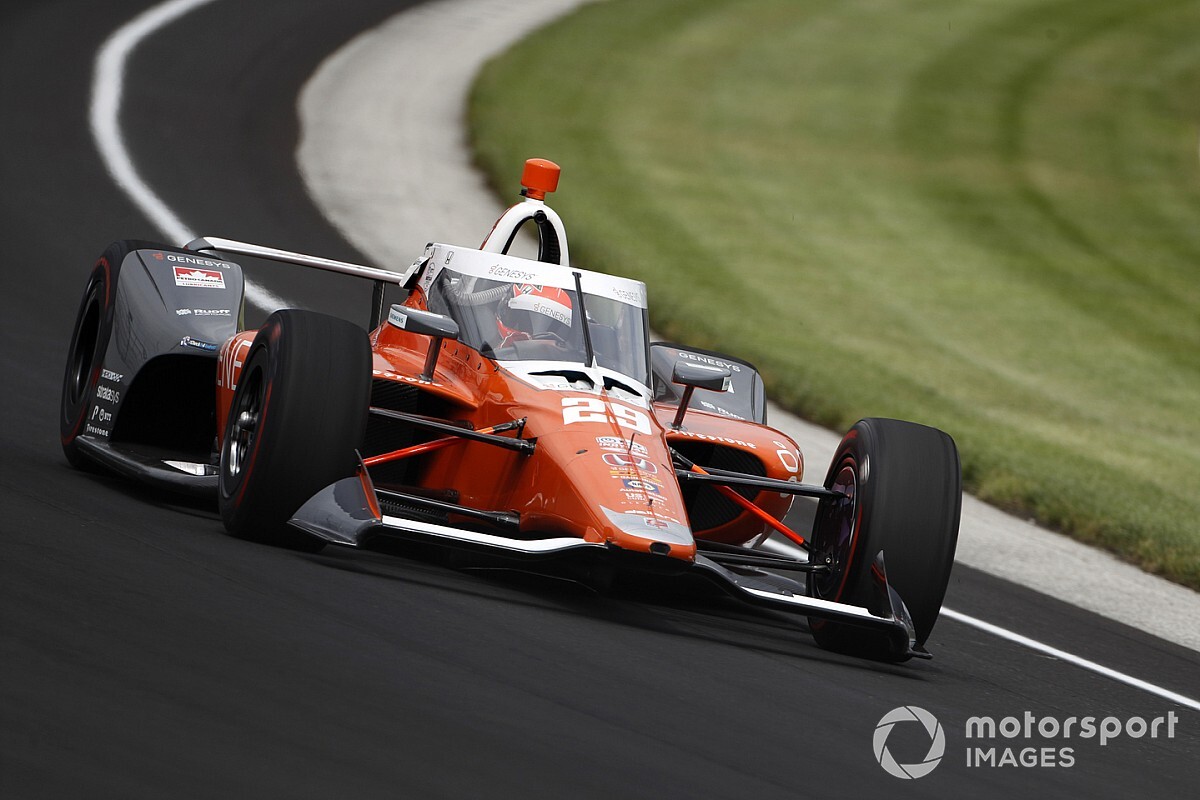 James Hinchcliffe led an Andretti Autosport-Honda 1-2-4 on opening practice day for the 104th Running of the Indianapolis 500, also clocking second fastest speed without the aid of a tow.

The 2016 pole-winner, in only his third outing of the year, turned 224.526mph average in the Genesys car on his 35th of 80 laps in the afternoon session to edge teammate Marco Andretti by 0.18mph.

Similarly impressive was his no-tow speed of 220.732mph, a mere 0.003mph slower than teammate and 2014 Indy winner Ryan Hunter-Reay who ended the day fourth fastest overall.

The non Andretti interloper in the top four was 2008 Indy winner Scott Dixon in the Chip Ganassi Racing-Honda, while Fernando Alonso made a strong return to the Speedway, setting fifth fastest time – and top Chevrolet runner – just ahead of Josef Newgarden in the fastest of the Team Penske cars.

Although Newgarden’s Indy-winning teammates Helio Castroneves, Simon Pagenaud and Will Power were down in 10th, 12th and 23rd respectively, NBC Sports revealed that Power, Castroneves and Newgarden had topped the average speeds over 30 laps, or one full stint.

Tony Kanaan took a run in Dalton Kellett’s car just to reassure the Canadian rookie that all was well with the car, and Kellett duly completed his Rookie Orientation Practice, something he hadn’t quite done in the early afternoon session.

Their teammate Charlie Kimball had a slightly alarming brush with the Turn 2 wall – on corner entry, curiously – but that was the closest anyone came to causing a yellow. The other caution periods were for track inspections.

After the end of practice, Ben Hanley in the DragonSpeed car, who hadn’t turned a lap throughout the day, was allowed out alone on track for a shakedown and to run his Refresher course.