James Hinchcliffe says he never had doubts over his IndyCar future despite starting last year with just three races guaranteed.

The immensely popular Canadian was abruptly dropped by Arrow McLaren SP at the end of 2019, leaving him scrambling to find a ride for 2020.

Genesys, a “global leader in cloud customer experience and contact center solutions” stepped up to sponsor him in the #29 Andretti Autosport-Honda for three races – at Texas Motor Speedway (a race it also sponsored), the Grand Prix of Indianapolis and the Indy 500. Then when Zach Veach stood down from AA’s #26 Gainbridge entry in late September, Hinchcliffe subbed for the final three races.

But Hinchcliffe, who has six IndyCar wins to his name, says he never doubted he could switch up his bit-part role to a fulltime entry for 2021.

“Honestly I never really had that outlook because I was supposed to be on the grid,” said the 2016 Indy 500 polesitter. “I never thought that I should be anywhere else. So the drive and the fight was always going to be there to come back.

“It was a weird year, for sure, but in a lot of ways, had it not happened the way it did, the opportunity that I find myself in now wouldn't have presented itself. It's one of those ‘door close, window open’ deals. I truly am a believer that everything happens for a reason, and there's a reason it all played out the way that it did.

“I'm now back with a phenomenal race team with incredible partners like Genesys and Capstone. And yeah, that was always… there was nothing else to do. You ask what was the drive? Because that was the only option – to come back.”

While incumbent Andretti Autosport sponsor Capstone Turbine Corporation will sponsor the #29 car for six races, Genesys has increased its presence with Hinchcliffe and the team, so that it will be primary partner for 10 of the 17 races. That leaves only the sponsor for his home race in Toronto as yet unannounced.

Asked what encouraged Genesys to so substantially increase its involvement in the sport at such precarious financial times, Hinchcliffe applauded the efforts of the NTT IndyCar Series itself and Andretti Autosport.

“I think a lot of the credit has to go to the series and to the product that IndyCar is,” he said. “Genesys were new to sports sponsorship, so obviously new to motorsports. And even in a year like 2020 where one of the best parts about being a partner to a race team is the at-track activation and we couldn't do any of that, they saw the potential.

“They knew eventually the world would open back up and those opportunities would come back, and they loved the IndyCar product. They loved working with Andretti Autosport. They'd been looking for kind of a spokesperson. There was a lot of boxes to check to be more involved in the Indianapolis community specifically because they do have a big office there.

“So it was a combination of a lot of things, but I think the overwhelming one is the fact that, even with everything that 2020 was and what that took away from all the partners in the series, they still wanted to come back because the foundation, the product of IndyCar, is still very valuable to them in a lot of different ways.

“It’s a real testament to the series and then of course everybody on my personal team and then the team itself, and Andretti Autosport and Genesys people all working together to put the deal together and come to the right terms.”

Hinchcliffe, who raced for Andretti Autosport 2012-’14 and scored his first three wins there, said the pace of the cars in the St. Petersburg season finale meant that “expectations are high” between he and teammates Alexander Rossi, Ryan Hunter-Reay and Colton Herta.

“Basing off the races that we had last year with our partial season, we were really starting to gel at the end of it. It's obviously always tough coming in as a part-timer and especially with a switch to a new team. But throughout the course of the year, we got to understand each other and learn how each other works and kind of get that group back molding together and gelling together.

“I think expectations are high for the year. We've got a pretty stacked lineup with Ryan, Alex, Colton and myself. You look at Mid-Ohio [Andretti Autosport 1-2-3 in Race 2] and what could have been potentially another podium sweep at St. Pete before Alex, Colton and I ran out of talent. But the pace was there so we're very excited to get the season started and hit the ground running…

“The engineering staff that I'm working with is a little bit changed from the races last year, but for the most part it's a lot of familiar faces, so I think that's a huge advantage…

“If we can have a good sort of first stint here going into the Month of May, it's going to set us all up for a good shot at being in the championship fight come Long Beach.” 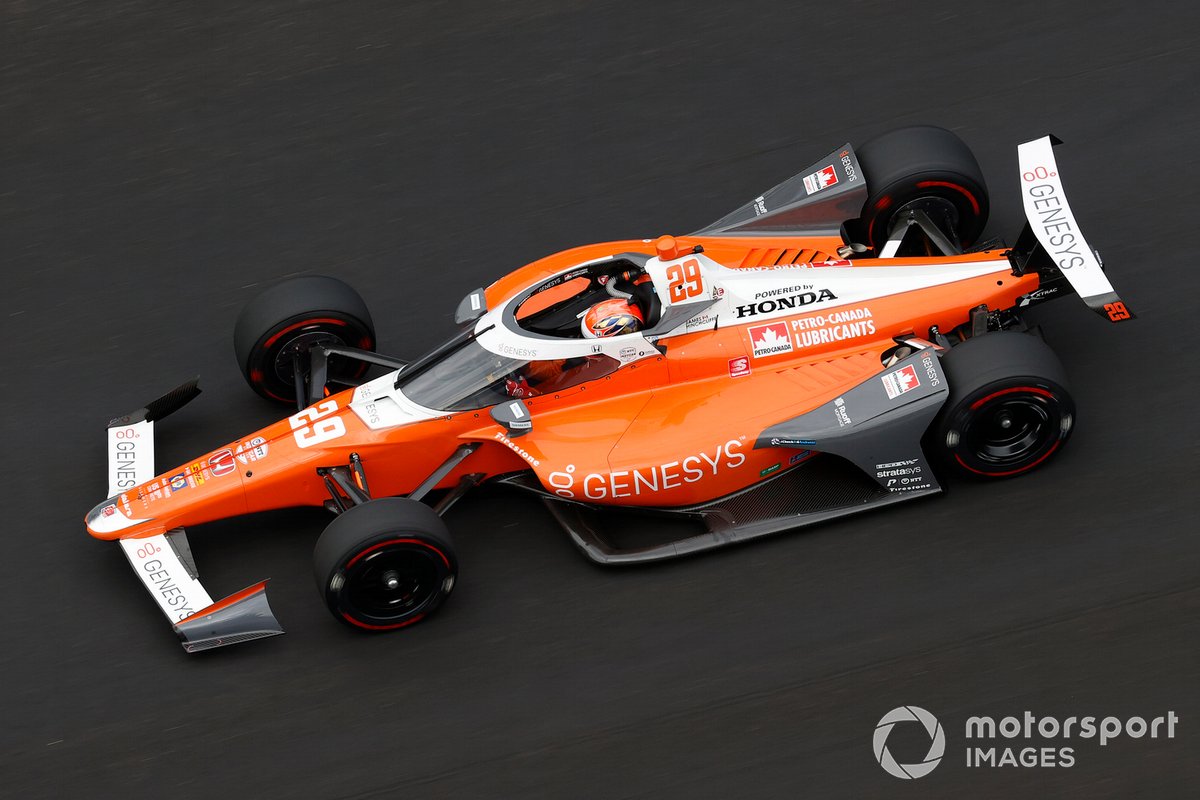