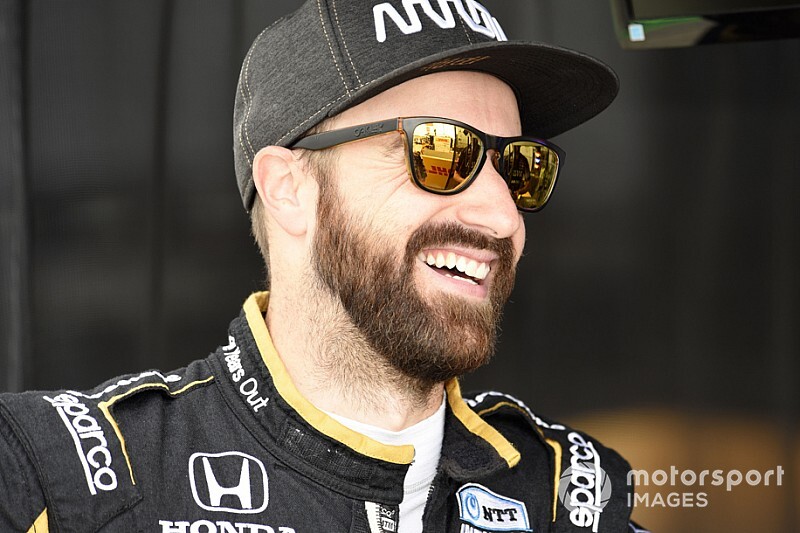 James Hinchcliffe will remain with the Sam Schmidt-Ric Peterson owned IndyCar team he has made his home since 2015, despite the team’s switch to Chevrolet power for 2020 and his own ties with Honda.

Although well-placed sources suggested American Honda and Honda Canada would buy Hinchcliffe out of the last year of his current contract with Arrow SPM in order to help ‘place’ him with an HPD-powered squad, Sam Schmidt confirmed to Motorsport.com that the 32-year-old Canadian star is staying put when the team joins forces with McLaren for 2020.

Hinchcliffe has scored three wins with the team, including the prestigious Grand Prix of Long Beach in 2017, and his only career pole position came with the team at the 2016 Indy 500.

“We’re very pleased James is staying, absolutely,” Schmidt said, “although I’m not sure why there was all that speculation. I mean, yes, it was unfortunate that we had to change engine supplier – unfortunate for us, unfortunate for him – but we had to make a change in order to join forces with McLaren, and the pros far exceeded the cons there.

“James had a year left on his contract with us, and as I’ve told you before, I always wanted the continuity of going into next season with at least one established driver with measurable experience and talent and wins under his belt. So there was willingness on both sides to continue as per our contract.”

Schmidt said that the question over who will drive the #7 Arrow McLaren SP car in 2020 remains “wide open.”

Marcus Ericsson, the ex-Formula 1 driver who joined Arrow SPM at the start of this season, has remained a ‘third driver’ for the Alfa Romeo Formula 1 team, and in that capacity he was called to Spa-Francorchamps this weekend to be on standby should Kimi Raikkonen’s pulled muscle have prevented him from driving in the Belgian Grand Prix.

Ericsson’s last-minute replacement this weekend is Conor Daly, who despite having never even driven the Portland International Raceway on a simulator, has performed superbly. The popular Noblesville, IN. native and crowd favorite whittled down his pace deficit to Hinchcliffe throughout practice, culminating in him qualifying just 0.02sec and one place behind his friend and teammate.

Schmidt, talking before Daly’s strong qualifying run, said that Hinchcliffe’s confirmed presence in the squad eased the pressure on who to pick as his teammate.

“James staying on allows us to run another veteran if the right opportunity comes up, or a pure rookie if it’s the right one,” he said. “Obviously you’d like to pick up a driver with some level of experience who has shown promise but honestly it’s wide open for that second seat right now.”

Asked if one of those contenders for the #7 seat included current incumbent Ericsson – and whether the Swede will return for the IndyCar season finale – Schmidt replied, “Absolutely he’s a contender, and yes, Marcus will be back with us for Laguna Seca.

“I don’t know for real what’s going on over there [with Alfa in Belgium], because I was told Raikkonen was totally out for this weekend, that’s why they needed Marcus, and then he gets over there and he doesn’t get an opportunity.

"He’s pretty pissed, because he wanted to be here, and he’s been driving well lately, so we were disappointed too. But we wanted to do them a favor, and it’s no big deal – he’s only 17th in points, and we wanted to be nice.

“But yes, Marcus is absolutely in the mix for the #7 car next year because I think he could do amazingly well with a season of experience. What he’s done in the races [as opposed to qualifying] has been fantastic and he’s only gotten to test at three places and he’s been strong in those three places. Sure there have been mistakes, but the speed is there, so there are many, many upsides to keeping him on.”

On the subject of whether new partners McLaren would be happy with a Hinchcliffe-Ericsson lineup, Schmidt replied: “Yes – and that’s another thing that seems to have gotten lost or out of control in the media since the McLaren announcement.

"There’s no equity ownership; Ric and I own the team 100 percent. Thank God Arrow were able to look at the big picture because they had exclusive naming rights, but they agreed to step aside and share those naming rights which was a huge first step.

“And it wasn’t just the money, although that’s a consideration. But they’re going to show up with four or five car [sponsor] placements – places we possibly could have sold ourselves – but it’s just easier dealing with one person instead of five.

“The big thing is that we want to win, and with the extra resources and technical capability, we will have a better edge.”

Arrow SPM tested reigning IMSA Prototype champion and ex-F1 driver Felipe Nasr at Mid-Ohio last month, but another potential contender for the second seat – Nicholas Latifi whose father owns a stake in McLaren – appears to be aiming for an F1 ride with Williams.