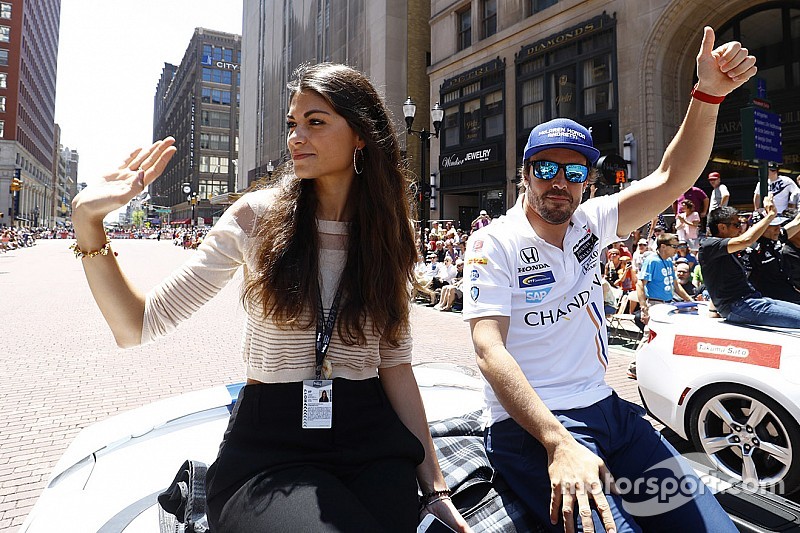 Honda says it would welcome Fernando Alonso if he joins the IndyCar series for 2019, and has not ruled out an engine supply for McLaren if it joins the series.

There had been speculation that McLaren's ill-fated stint with Honda engines in Formula 1 had damaged the possibility of the team linking up with the manufacturer in IndyCar, due to Alonso's frequent outbursts over the Japanese company's performance.

Motorsport.com understands McLaren is leaning towards a Chevrolet engine supply, after previously using Honda engines when Alonso competed in an Andretti-run car under the McLaren banner at the 2017 Indianapolis 500.

Art St Cyr, president of Honda Performance Developments, said: “Fernando Alonso is one of the premier racing drivers of this generation, and we very much enjoyed working with him at the 2017 Indianapolis 500.

"He has shown that he can be very competitive right off the bat, and it would be great for IndyCar if he were to decide to drive here full-time after his F1 career. Having Alonso as a driver would be an obvious benefit for any team or manufacturer."

"Our engine lease agreements are made between HPD and specific teams," added St Cyr. "Several of our current IndyCar series teams already have agreements in place with HPD for the 2019 season, and we have been operating near maximum capacity all year long to properly provide powerful, reliable engines for those teams.

"We have had discussions with several current and potential teams for 2019, and those discussions are ongoing.”

Alonso is likely to use a Honda engine once again for his planned 2018 IndyCar test in which he is expected to drive an Andretti-run car.

McLaren is looking increasingly likely to join IndyCar in an affiliation with Andretti, rather than the Rahal Letterman Lanigan Racing links that surfaced earlier this year.

Other teams in discussions over an engine supply include a prospective DragonSpeed IndyCar outfit and RLLR is open to expanding to three cars next year.