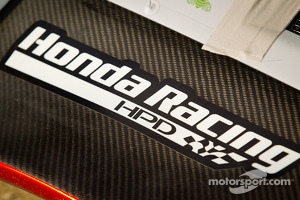 The partnership between HPD and Magneti Marelli will see the two companies utilize their extensive research and development resources to assist the HPD effort in the IZOD IndyCar Series. Plans call for the two companies to extend the program to include other pinnacle racing series, such as the World Endurance Championship and North American road racing that will combine the American Le Mans Series with the Grand-Am Championship starting in 2014.

“We believe the partnership between HPD and Magneti Marelli will be rewarding for both organizations,” said Steve Eriksen, vice president of HPD. “Magneti Marelli has a well-deserved reputation for excellence in motorsports R&D, and its capabilities are well matched with our own R&D efforts. We believe the combination will quickly provide improvements to our IndyCar Series program, and grow with HPD’s other pinnacle racing efforts.”

“We are proud to supply our best motorsport technology to HPD, who can exploit it at the maximum level on Honda engines,” said Roberto Dalla, Head of Magneti Marelli Motorsport. “We are fully committed to the development of high-technology solutions for the new engines and new powertrain configurations that will characterize future races and top motorsport championships. The partnership with HPD will be the ideal environment to convey our deep R&D activity and apply our high-end solutions”.