IMS Museum to open Rick Mears exhibit in May

This year marks the 30th anniversary of Mears’ record-matching fourth Indy 500 win, after his Penske-Chevrolet engaged in a classic duel with Michael Andretti’s Newman/Haas Racing entry.

Mears alone holds the record for most poles in Indy’s unique four-lap qualifying system, having started P1 on six occasions. He also started from the front row in the three-by-three grid formation 11 times out of his 15 starts.

Mears ended his IndyCar career at the end of his injury-blighted 1992 season, with 29 wins and 40 pole positions.

According to IMS Museum’s press release, “Rocket Rick Mears presented by Racemaker Press takes IMS Museum guests on a personal journey, giving context to Mears’ formative years and what molded the man, the driver and humble champion. The story begins when as a child, Mears watched his father, Bill, race on Kansas short tracks, followed by the family’s move to the hot, Southern California oil and agricultural town of Bakersfield. It was there that Mears and his older brother, Roger, started racing dune buggies for fun, but soon became off-road racing champions.”

Also shown will be his 1982 Gould Charge Penske PC10 in which he dominated the 1982 Indy car championship but fell 0.16sec short of beating Gordon Johncock’s Wildcat in the Indy 500 after another brilliant duel.

Art Sugai’s aged Eagle, in which Mears first attempted to qualify at Indy in ’77, will also be part of the display, along with Mears’ 1976 Pikes Peak International Hill Climb-winning car and several examples of Roger and Rick’s championship off-road racing vehicles.

Rocket Rick Mears presented by Racemaker Press also feature historic video, photographs and artifacts from the IMS Museum collection, plus items loaned by Mears, the Penske collection, and other collectors.

IMS Museum visitors will walk away from “Rocket Rick Mears presented by Racemaker Press” with a greater appreciation for “The Mears Gang” – the importance of Rick’s father, brother and mother, Skip, in his career development, plus his early struggles to gain a foothold in IndyCar racing and the role motorsports safety legend Bill Simpson played in giving him a chance to showcase his talent.

This will be IMS Museum’s featured exhibit through March 2022.

For visitor information and to learn how to support the IMS Museum’s programming, collection care and facility improvements, go to imsmuseum.org. 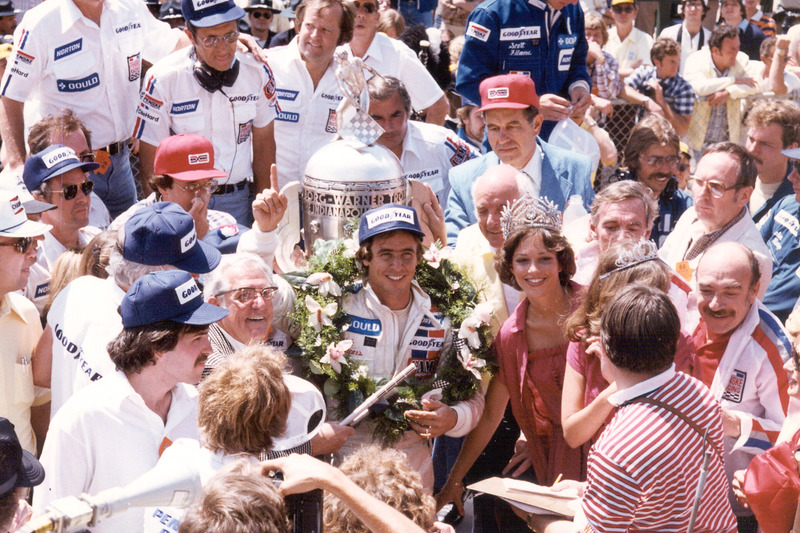