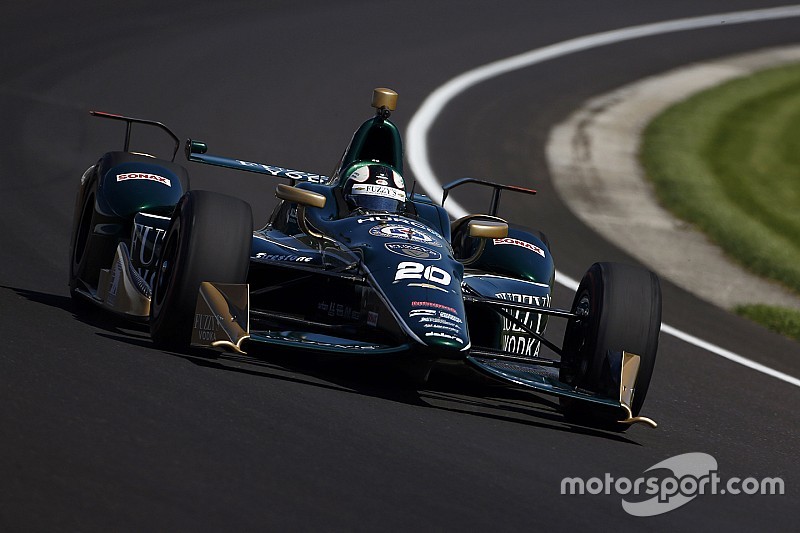 Ed Carpenter topped the third day of Indianapolis 500 practice, but all eyes were on Fernando Alonso as he leapt to fourth fastest late in the day.

Strong winds meant that far fewer laps were turned on Wednesday than on previous days – and speeds were slower than usual too.

Carpenter set the fastest lap of the day in his Ed Carpenter Racing Chevrolet with an hour remaining, lapping at 222.894mph.

He said: "I'm happy with the car, happy with the handling and I'm feeling comfortable. We knew it was going to be challenging to go out there with all the wind, but that's why I thought it would be a good idea. We could have these conditions on raceday."

Scott Dixon was second quickest for Chip Ganassi Racing, and top Honda runner, with a speed of 222.599mph – his laptime just 0.0536s down on Carpenter. JR Hildebrand was third fastest in ECR’s second entry.

McLaren Honda Andretti’s Alonso began to move up the speed charts with 40 minutes to go, a 218.375mph effort that put him seventh, eight tenths off Carpenter’s fastest lap.

He then ran again, 10 minutes later, and found another two tenths to leap up to fourth fastest at 219.533mph.

Veach turned 46 laps, more than anyone bar the ECR duo.

Dixon: Alonso has a "great shot" at winning the Indy 500