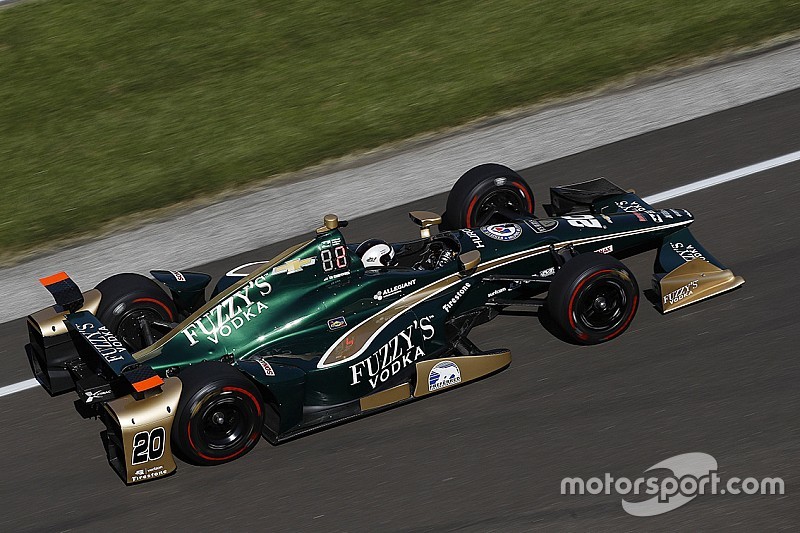 Ed Carpenter and JR Hildebrand topped the speed charts halfway through a very blustery day of practice at Indianapolis Motor Speedway, in which Fernando Alonso has only just ventured onto the track.

The first three hours saw only 13 cars set representative times, with Carpenter and Hildebrand topping the charts on 221.253 and 220.553mph respectively in their ECR-Chevrolets. Without the aid of a tow this pair was also fastest, on 220.398 and 219.664 respectively.

Alonso has been the only Andretti Autosport car to set a representative speed, a 214.905 on the 12th of his 15 laps.

The majority of the remaining 11 cars that have ventured onto the track have been lapping slowly on the pit-in/pit-out lanes to give their crews pitstop practice.