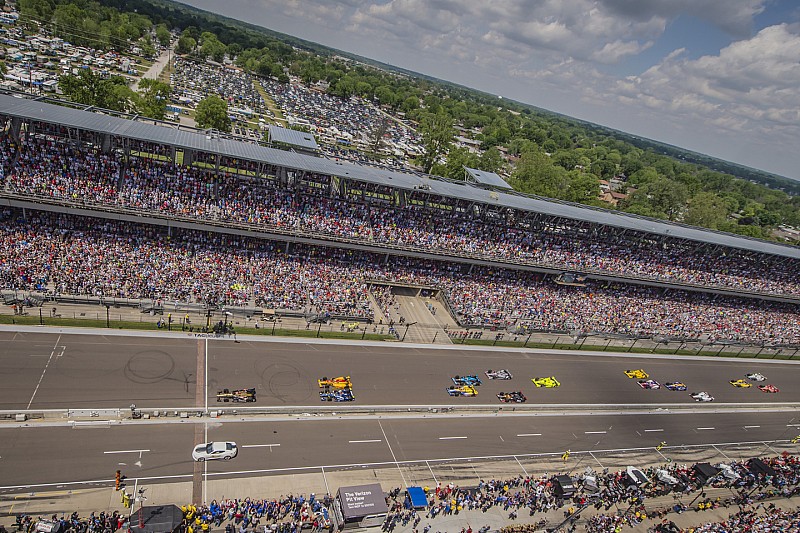 Assuming Buddy Lazier will soon confirm his Lazier Partners Racing entry, the 33 cars and drivers set to race in the 101st Indianapolis 500 have now fallen into place.

Castroneves drank the milk in 2001 on his debut, 2002 in a highly controversial and still disputed victory over Paul Tracy, and 2009. Montoya’s first win came in 2000 racing for Chip Ganassi and 2015, outdueling Penske teammate Will Power to win by a tenth of a second and score Roger Penske his 16th Indy 500 victory.

Hunter-Reay was a mere 0.06sec ahead of Castroneves when he took the checkers in 2014, while Rossi last year crossed the line at a mere 138mph as he and team co-owner Bryan Herta masterminded a brave fuel gamble that paid off.

Dixon dominated in 2008, leading 115 laps, while Kanaan’s victory came for the now defunct KV Racing in 2013, as a bold restart had him in front when the full course yellows waved with three laps to go, as three-time winner Dario Franchitti hit the wall.

Lazier’s victory for Hemelgarn Racing in 1996 came after beating Davy Jones in a two-lap sprint to the checkers, in the first ever 500 under the then-new Indy Racing League rules.

Four drivers contending for Rookie of the Year

Unless you’ve been living in a cave over the past few weeks, you’ll be aware that two-time Formula 1 World Champion Fernando Alonso is missing the Monaco Grand Prix – an event he has won twice – in order to compete in this year’s Indy 500. The entry comes from McLaren, Honda and Andretti Autosport, but he is not the only race and IndyCar Series debutant under Michael Andretti’s stewardship this month.

Jack Harvey, who finished runner-up in the Indy Lights championship in both 2014 and 2015, also won the Freedom 100 at IMS two years ago, and he’ll be racing an Andretti Autosport entry run by renowned IMSA team Michael Shank Racing.

Zach Veach was due to be another driver making his Verizon IndyCar Series race debut in the 101st Indianapolis 500, driving for AJ Foyt Racing. The 22-year-old from Stockdale, Ohio, will indeed be racing the #40 car for Foyt, but he’s already made his debut in the series, having subbed for the injured JR Hildebrand in Ed Carpenter Racing at Barber Motorsports Park last month.

The fourth Indy 500 rookie is the series’ only full-time rookie in 2017, Ed Jones of Dale Coyne Racing. The reigning Indy Lights champion took pole for last year’s Freedom 100, but was narrowly edged to victory by Dean Stoneman.

It's also worth noting that the race will feature two teams new to IndyCar as a whole, as well as the Indy 500. Juncos Racing's toe-in-the-water approach will see Sebastian Saavedra make his sixth Indy 500 start and Spencer Pigot – off duty from Carpenter's team – make his second.