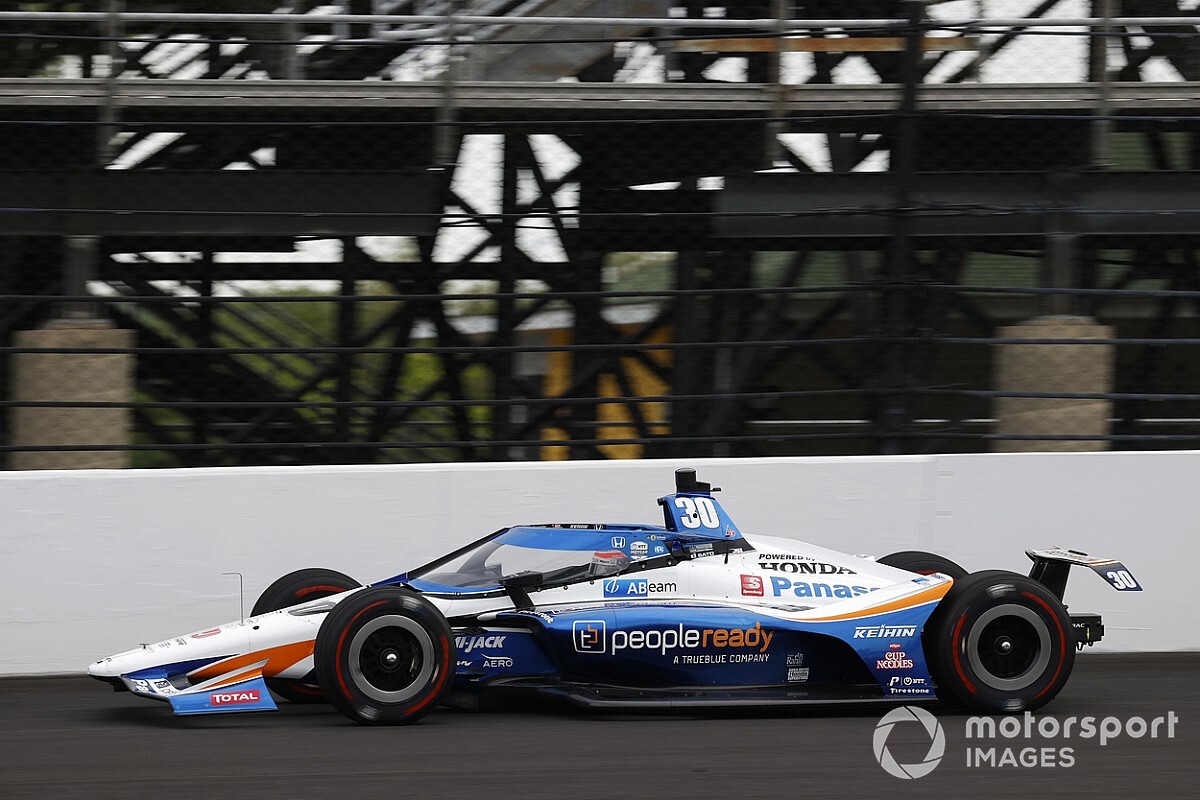 Takuma Sato of Rahal Letterman Lanigan-Honda is leading the field at the halfway point of today’s 6hr30min practice session for the 104th running of the Indianapolis 500, while Fernando Alonso is looking strong again in fourth.

Oliver Askew made it two Arrow McLaren SP entries in the top six and was also top rookie, just a couple of spots ahead of the man he beat to the Indy Lights title last year, Rinus VeeKay.

In between them lay 2014 Indy winner Ryan Hunter-Reay, whose Andretti Autosport-Honda was second in the no-tow lap speeds, behind only teammate Colton Herta who lapped 221.895mph without the aid of the draft.

Again only 32 cars have taken part in the session as Ben Hanley in the DragonSpeed-Chevy has still not completed his Refreshers course, having only lapped at 207mph in a special pre-practice session. NBC Sports report that part of the team’s struggle has been electrical issues. Elton Julian’s team will get another chance to run at the end of this practice.