How did the Indy 500’s Borg-Warner Trophy become an icon?

When a driver wins the Indianapolis 500, he doesn’t just put his name in the record books: he gets his effigy in sterling silver on the world’s most iconic sports trophy.

You could make a case for the Stanley Cup being of similar stature to the Borg-Warner Trophy… but there’s nothing else in the same ZIP code.

In 1935, the Borg-Warner Corporation – now, BorgWarner Inc. – commissioned a commemorative trophy to honor the Indianapolis 500 winners. The art deco trophy stands 5ft 4.75in high including its base, has handles shaped like wings to represent speed, and weighs in at 110lbs, of which 80lbs is sterling silver.

But its most remarkable and appealing aspect is the bas-relief images of the Indy 500 winners’ faces on the façade. Borg-Warner executives were completists, and commissioned that the 24 previous winners of the race be represented, before the Trophy made its debut in 1936 to honor race victor Louis Meyer – who had already inadvertently started a tradition by quaffing buttermilk during his post-race celebration.

There are now 107 bas-relief faces on the Borg-Warner Trophy after 104 Indy 500s run so far. This seemingly anomalous figure accounts for shared rides and one non-driver on the trophy. That non-driver is a 24-carat gold likeness of late Speedway owner and president Anton "Tony" Hulman, Jr., which was added in 1988 in recognition of his rejuvenation of the track and revival of the race after four lost years during World War II.

Then the Baby Borg was introduced in 1988 at the suggestion of that year’s Indy 500 winner, Rick Mears. It is an 18-inch high replica of the Borg-Warner Trophy and is also made of sterling silver, but is set on a marble base with a trapezoidal silver plaque for the winning driver's image, name and race information. The bas-relief image is from the same mold and therefore identical to the image on the full-sized trophy. 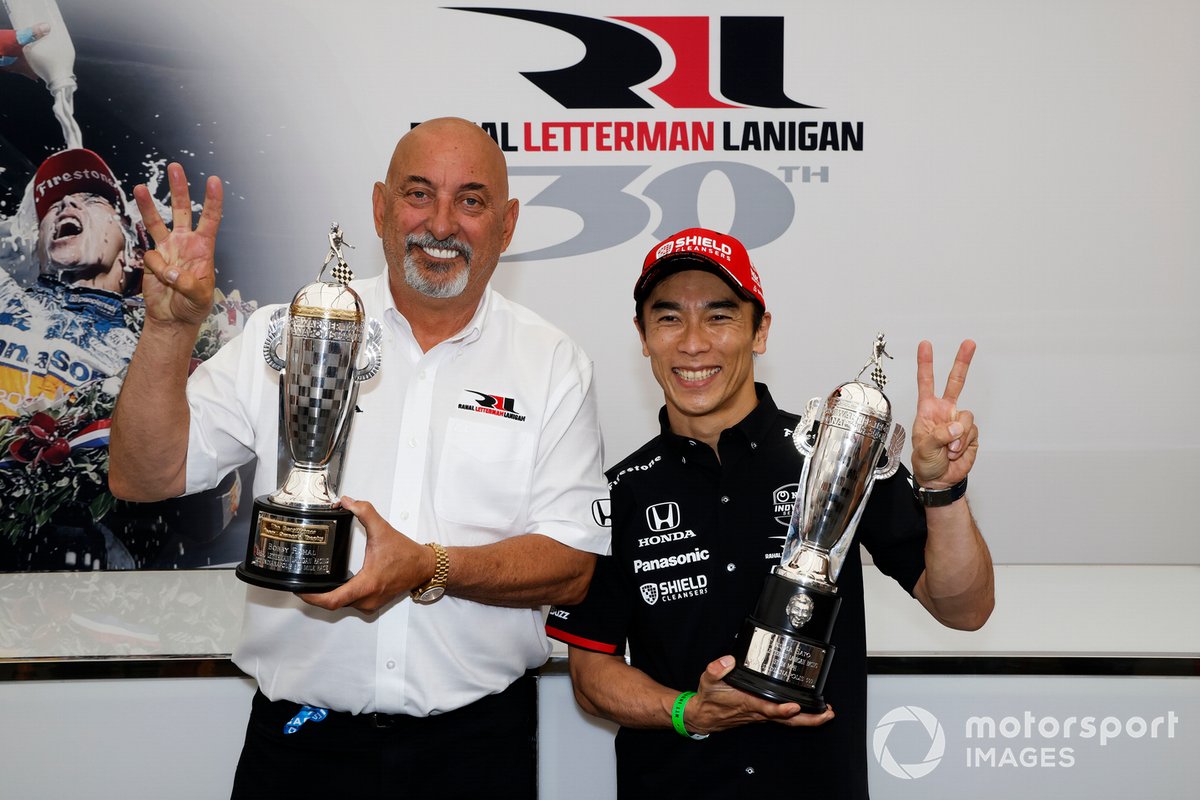 In 1998, BorgWarner decided to establish the Championship Team Owner’s trophy as a companion to the driver’s trophy, being awarded to the team owner of the winning Indy 500 car. This too is a ‘Baby Borg’ but features a band of art deco racecars accented in gold, to symbolize the importance of teamwork.

BorgWarner Inc.’s current executives must be of similar mind to their predecessors in that they’re keen to honor former drivers retrospectively. Of course, A.J. Foyt has a winning team-owner’s Baby Borg from his win in 1999 with Kenny Brack, while Bobby Unser has a Baby Borg he received in 2003.

But the retro Baby Borgs commemorating the 50th anniversary of Indianapolis 500 wins began in 2013. That January, 1963 winner Parnelli Jones was presented with his Baby Borg by reigning 500 winner Dario Franchitti during the North American International Auto Show in Detroit. In 2019, on the morning of the Indy 500, Mario Andretti accepted his retro Baby Borg for his 1969 victory as part of the pre-race ceremony before a worldwide audience on NBC. 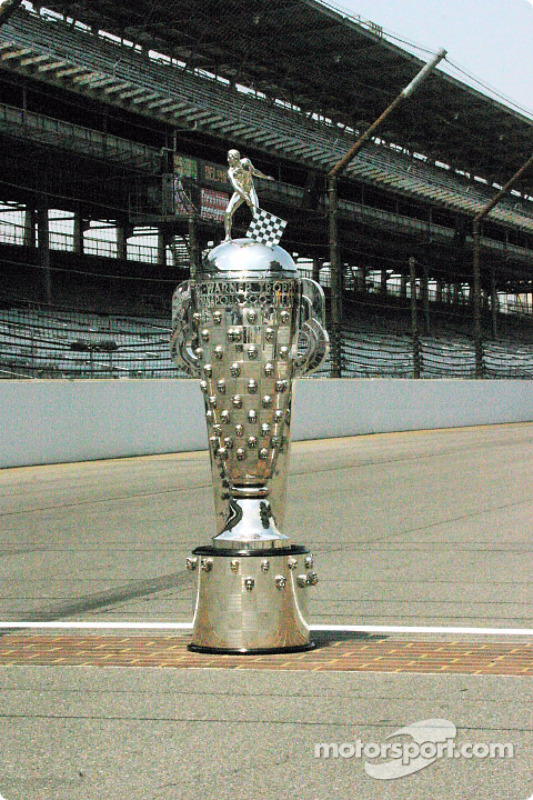 Since 1990, the creator of these faces has been William Behrends, who has also been commissioned to immortalize Willie Mays, Henry Ford II and Bobby Jones. Each year the winner goes down to Behrends’ studio in Tryon, NC, for the sculpting process. He said: “I work from photographs to put the study together, but they can’t tell you everything. So having the driver in the studio is very important; I can immediately see things that didn’t come across in a photo. It’s invaluable to me to have the driver right here to work with and engage with.

“I have to say I’m enjoying it more every year I do it. There is a challenge because I want this one to be a little bit better than the one last year or the one three years ago, so I keep pushing myself to do better, but I enjoy it; it’s a lot of fun for me.”

Aside from supplying the turbochargers for the current breed of twin-turbo V6s in the back of all IndyCars, BorgWarner’s involvement in the Indy 500 is not confined to the Trophy. The BorgWarner Victory Lane wreath, created by Indianapolis-based florist Bill Cronin, was first seen in 1960, and he held this role until his death in 1989. Since 1992, Julie Harman Vance has created the wreath which takes seven hours, and which includes 33 orchids to represent each driver in the race.