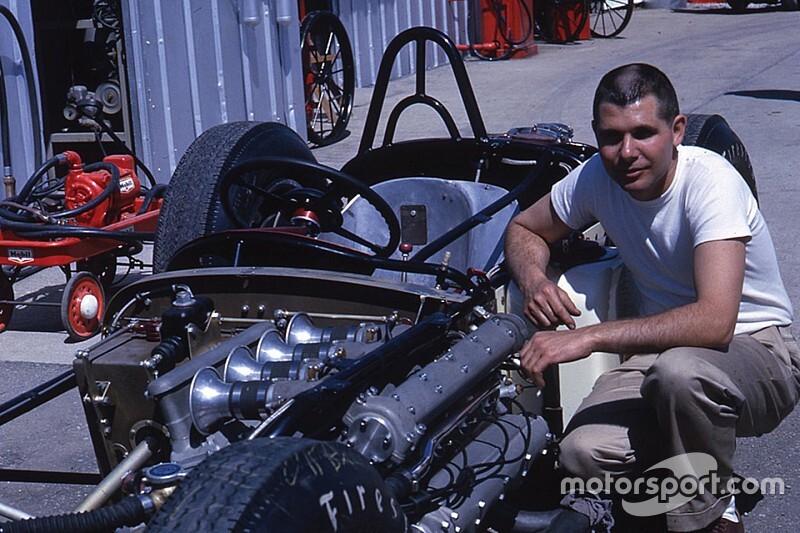 Louis "Sonny" Meyer Jr., one of the most accomplished and successful engine builders in Indianapolis 500 history, died Saturday, Nov. 9 in Crawfordsville, IN.

Meyer was the son of Louis Meyer, the Indianapolis 500’s first three-time winner, and joined Meyer & Drake Engineering soon after his father and Dale Drake purchased the Offenhauser engine business from Fred Offenhauser in early 1946. Sonny would go on to be engine builder or chief mechanic for at least 15 Indy 500-winning cars

The Meyers introduced the supercharged midget engine to Indy in 1949-50 in Tony Bettenhausen’s entry, and the younger Meyer worked on the legendary Bill Vukovich's crew in the early 1950s. He would go on to become chief mechanic for Bettenhausen’s #33 Epperly-Offy, which finished fourth at Indy in 1958.

When his father sold out of Offenhauser in 1964 to become a distributor for Ford's double-overhead-camshaft V8 engine, Sonny Meyer relocated to Indianapolis and became a mentor to many future chief mechanics. He also worked with his father on the Ford program, which achieved Brickyard glory in 1967 as the Blue Oval powered A.J. Foyt’s Coyote to Victory Circle.

Meyer was inducted into the Indianapolis Motor Speedway Hall of Fame in 2013. He is survived by his wife, Sue; daughter, Pam; son, Butch; and stepson, Scott Balch.